Home / Features / AN AMERICAN’S GUIDE TO THE WORLD CUP

AN AMERICAN’S GUIDE TO THE WORLD CUP

Do you drink room temperature beer? Talk with an accent? Do you think that Eli Manning invented the cotton gin? If your answer to any one of those questions is yes, then chances are you’re fucking psyched about the World Cup! And me, being sort of a soccer connoisseur, will not only sharpen your already gigantic pool of soccer knowledge, but will supply you with unorthodox strategies and philosophies.

If you’re an American, you probably don’t like kickball that much. You probably think that a bunch of guys in short shorts barely scoring is too much like your 7th grade gym class, so you’ll quickly turn the channel. I’m here to equip you with the soccer acumen that will win you the respect of even the swarthiest, neck-bearded, Slovakian bedecked in his best tracksuit.


Now, let’s break down the groups:


Mexico: Some people (Matt Cale) think they are nothing more than a festive brown race who does nothing more than mow lawns and make anchor-babies, but nothing could be farther from the truth. They’ve made vast, rich cultural strides in recent years (the Dos Equis man and George Lopez show). Anyway, they’re a team built on speed (but that goes without saying for a people that must continuously elude the border patrol), but just because they are small and fast, doesn’t mean they are weak– these little pepper-bellies are as feisty as they come and won’t submit to intimidation.

South Africa: Most people don’t know much about this country or team except that sharks frequent the beaches (thanks to Discovery Channel’s Shark Week) and they filmed District 9 there. Fucking drug-addicted aliens with badass weapons, what an awesome movie! Anyway, the South Africans have home field advantage, because ALL the games will be played here. It’s kind of unfair, but so was Apartheid, so… yeah. They have a fantastic squad of kick-stoppers, and good height, so expect them to put up a fight against pretty much anybody (except the English or the Dutch, we all know how they fare against them historically).

France: The French are great at nuclear power, cheese, and body hair; however, in the realm of competitive sport, you get the feeling that most of the players will fall victim to that classic French ennui, and quit mid-match to write a poem about a listless summer’s evening. They have players named “Sebastian” and “Florent.” In America, you know what gets named Sebastian and Florent? Fluffy Persian cats. These war-losers are one and done. Or is this thing double elimination? I have no fucking idea.

Uruguay: This country is pronounced, in American, “You’re a Gay.” Finally, a country the homosexuals can root for! Nothing wrong with being gay. I’m all for gay marriage and gays in the military. I’ve got gay friends. I even let them use the bathroom in my house. It’s no big deal to me. Anyway, let’s get to the breakdown: this team’s rear defenses are often breached, but they are known to possess superior ball control, and often use manipulation and loud colors to persuade officials. 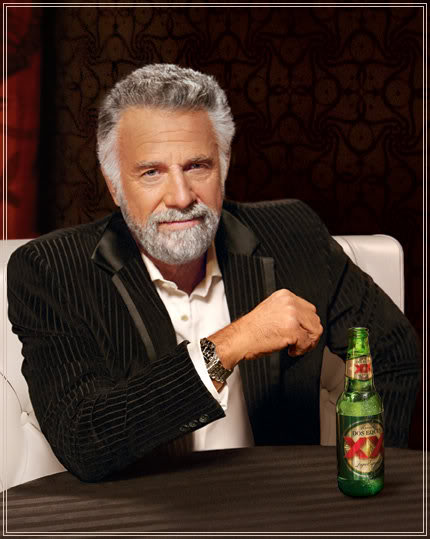 South Korea: A quality squad with soul, who actually have an advantage in South Africa’s hot sun, as they are already squinting, and won’t have to make the large facial adjustments the roundeye westerners will. Their best player, No Nuk Mi, is famous for running so fast he burns a line down the middle of the field, which he then dares the opposition to cross.

Argentina: They’ve got a guy on the team named Lionel Messi who is like the Michael Jordan of soccer, so I’m giving this team the edge to win it all. If MJ can get a ring with the likes of Bill Winnington, then Messi can take home the cup. I don’t care if he has to play with Stephen Hawking, Air Bud, Sinbad, and Natalee Holloway’s ghost, he’s kicking circles around the fucking world to win this thing. Argentina in six!

Nigeria: I thought they were part of South Africa or something. Didn’t they shoot Blackhawk Down here? Or Hotel Rwanda. Oh right, that was in Rwanda. Is this where they cut off kids’ hands and make them work in diamond mines? How in the world can a kid mine diamonds with no hands? That makes no sense, but I’ll keep telling my girlfriend that anyway to deter me having to buy her a ring. Point is, more Americans should learn more about Africa. I’m going to google that shit right after writing this. Anyway, I give them a good chance to win some games because genocide makes a country strong and strong countries kick the ball real hard.

Algeria: I know nothing about this country. Where is it? It could be next to Mongolia, You’re-Gay, or Alaska, I have no idea. The flag looks a little Communistic, so that’s cool. I bet if they lose the match, all the players will have to go back to their jobs in the pants factory, because everybody in the whole fucking country wears the same pair of pants. To each according to his needs, and they all need to dress alike. I think Trotsky wrote that. I just went to their web page and saw one of their players got amnesty from FIFA. What the fuck is FIFA, do they make wind suits, like the American knock-off of FILA? Or did they just sponsor the World Cup, in the same way Tostitos sponsors the Rose Bowl?

England: I sure hope Jason Statham is on the team, and since he’s probably the biggest dude on the whole island, I’m guessing he is. I’m kidding myself, their best guy is most likely named Pip Shillingsworth and he’s slow, wears tube socks, and keeps his monocle tucked tightly in his bum during matches. Oh, I forgot about David Beckham. Nevermind, isn’t he always hurt? That classic frail English bone structure will never hold up over time. That’s why you’ve got about 6 million guys in London named Oliver who walk with a cane before they are 40 years old. However, our English brothers from across the pond are always clever, cheeky, and resourceful, so you can’t ever count them out. I think they’ll make it to the sweet sixteen.

United States: I, like most Americans, can tell you who is 5th on the depth chart in the Buffalo Bills receiving corps, but I can’t tell you the best soccer player on our team. All I know is we will probably win the whole fucking shit! I’m an American, that means I have confidence without reason. I think I can beat all of you up. I think my dick is the biggest here. I think I’m smarter than every person to walk the earth before me. Oh hell, I think I could probably fly a plane if left alone in one for about ten minutes. Even if we lose, we’ll probably just take another bite out of our cheeseburgers and not give a shit. That alone makes us winners. You know what happens when Ghana loses? A few buildings get burned down and the players all get beheaded. I can’t even comprehend getting that sad about soccer. It’s just kicking a ball! It’s like the oldest game ever! How is that even popular? You don’t see Atari having Pong tournaments popping up all over the world! There are way better games invented, get with it! In football, we’ve got the play action pass, the corner blitz, the double reverse…these are complex strategic plays implemented with the greatest precision by the greatest athletes in the history of the world. How could we care if a guy named Alexi kicks a ball in a net? You know what the best thing a soccer ball ever did? I’ll tell you– it was keeping Tom Hanks company on that deserted island.

And I know there are some other teams, but as a soccer expert, I feel pretty confident that I’ve covered all the relevant ones.