Though the year lacked any runaway classics, it was memorable nonetheless for some unusually daring works that challenged and enlightened. I doubt anyone will agree to this list, or with a single film on it, but my bias is toward the movies that took a different path altogether.

The finest film of the year is an unlikely drama – a barely-released consideration of the war between intellectual endeavor and superstition. Impeccably acted and scrupulously mounted, Agora takes place in 4th century A.D. Alexandria, as the upstart Christians begin to flex their extraordinary muscle in ousting the Pagans from power. Historical dramas rarely get the tone so right, and make points that will be relevant as long as humans walk the Earth. Superstition, and the religions that it spawned, will always be a dominant force the world over despite its lack of utility and destructive influence. Though intellectual pursuits have led to every important advance in history from mathematics as a way of modeling our world, physics as a way to define the mechanics of the universe down to the atoms, to medicine as a way to avoid the spoiling of disease and time; it remains demonized by the forces of religion for being such a dangerous competitor. The destruction of the Library of Alexandria is a sickening orgy of ignorance, but symbolizes the potentially fleeting nature of knowledge – preserve such advances with a vengeance, or superstition will erode all that makes our world livable. Even today, those who deigned to bring enlightenment to the human race are under assault; Agora reminds us that to take such attacks lightly is to gamble with the future of our species as an intelligent form.

Consider the extraordinary impact of terrorism – permanent war, the revelation of The Constitution as a disposable document, and further coarsening of the public discourse to the point where useful conversation is impossible amidst individuals who disagree violently and are totally committed to their mindsets and worldviews. In such an environment, it is impossible to take any discussion on terrorism seriously. On that note, one of the best comedies of the year considers suicide bombers living in London with that uniquely British combination of playing the narrative straight with a sustained assault of goofy shit. A cell of extremists led by (or dragged down by) a radical and extremely loudmouthed imam plan to stick it to the West with the worst assemblage of talent ever. This film was relentlessly funny, highly quotable, and takes a taboo subject where it needs to be taken. In the end, the point is made, none too subtly, that all terrorist attacks are in vain. Not because the democracy is too strong, but because no belief system should be taken too seriously.

3. Carlos
Carlos manages the dizzying feat of dramatizing the terrorist career of Ilyich Ramirez Sanchez in an intricate story that spans decades and nations while remaining intimate and introspective. As a self-styled revolutionary fighting for Palestinian and/or socialist causes, Carlos is portrayed by Edgar Ramirez as a charismatic and vain megalomaniac. The performance is flawless and subtle while being in some ways larger than life. The pointlessness of violence in service of a philosophy, the deeply narcissistic nature of revolutionaries and extremists, and the self-loathing and self-destructive character of those who follow such demagogues are themes explored with an extraordinarily light touch. Olivier Assayas, a curiously versatile director, takes his place with masters of the craft.

Probably one of the best films you may never have heard of, Point Traverse had no theatrical release, seeing only a film festival or two before disappearing from the radar. The story, what little there is, follows two men in a frozen small town on the edge of wherever. One is a socially repressed kid with a steady job in a sandwich shop, the other is a more affable drifter who is occasionally employed and/or involved with any number of women. The contrast is in whether predictability is preferable to a hazardous adventure, considered for both men who are headed nowhere. The existential questions about whether one exists in any significant way clashes hard with the economic reality they both face – considering this is how most of the industrialized world gets by, it is not a superfluous question. First-time director Albert Shin crafts an uncomfortable but mesmerizing film with stunning visuals of a beautiful but lonely landscape, making a film with a budget of $10,000 that looks like a million. Point Traverse is content to allow the audience to drift to its own conclusions, as you are given a blank canvas on which to project your own fears and inadequacies; the men are in their early twenties, that unfortunate time when we come to realize that our failures are outweighing our successes, and likely always will. 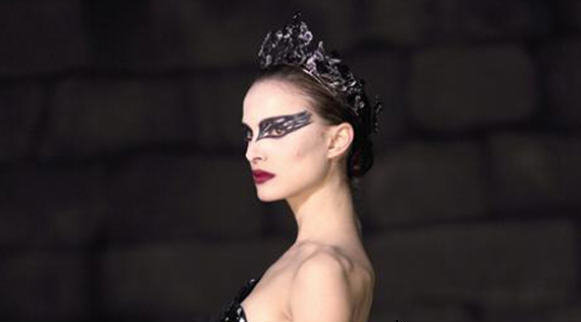 A crystal vision of the price of the ideal, Black Swan demonstrates in operatic fashion what one must do to achieve perfection. Here, the subject is the lead performance in Swan Lake, but so it is with all endeavors. In order to touch greatness, you must destroy yourself along the way. Rather than clawing your way over rivals, you must claw your way over yourself; and one does not get to choose what is lost in the process. Vincent Cassel gives a command performance and Darren Aronofsky crafts a fantasy nightmare. Natalie Portman is astounding, the fearful dancer who is consumed with self-doubt and discovers Nina Sayers is not by herself good enough, and so must be dispatched.

A briskly paced and informative documentary doubling as the most depressing horror film in recent memory, Inside Job details the anatomy of the recent credit crisis at the heart of the current recession. And it makes the strong case for why it will happen again and again as long as zombie financial philosophies like free market economics continue to rule our global exchange. By systematically dismantling regulatory bodies and the laws protecting against financial chaos, the banking industry has become powerful enough to not only threaten to collapse international commerce, but carry off billion dollar heists like the bailout with no recourse possible. This impeccable work crosses the aisle, as Clinton, Bush, and Obama equally assisted this insanity, and together kept vampires like Greenspan, Bernanke, and Summers in command of the sinking ship. And who better to right the vessel than the ones who plowed into the iceberg? Yes, actually we are that stupid. This film provides a strong reason to be well informed about the thieves who continually sing to sleep the politicians we elect.

This is one of those films that thrive upon a lack of exposition. Seeming to exist in that strange waking dream state just before consciousness is achieved in the morning, Don’t Look Back considers the nature of identity and how it blurs under the influence of others. Jeanne is a writer who wishes to explore her childhood – namely her lack of one since she has amnesia due to horrific trauma. We can never be sure what, if anything that occurs in the film is real. As the real of the present drifts into the faulty recall of memory, we do not have the luxury of being sure of anything. An uneasy experience anchored by two extraordinary and internal performances by Sophie Marceau and Monica Bellucci.

The police procedural to end all procedurals, this essentially Romanian film plays out in long takes that appear to simulate an investigation taking place in real time. That the cop is shadowing a sixteen year old kid for dealing a couple of ounces of weed only adds to the lack of urgency. This quiet and thoughtful work rises above the tedium invoked by the nonexistent story – this is police work boiled down to its essence. Part of the meaning of the wry title involves the importance of dialectics to this film’s subjects; they are to follow the letter of the law with no regard to whether it is right or just, and to interpret the law or be swayed by conscience is a profound evil. As such, law enforcement is more about looking busy, rather than determining whether your actions are for the greater good, or anyone’s good. Apart from any point about law and order, Police, Adjective is a daring exercise in existentialism, as the audience is left to watch wordless scenes in silence, and wander in more philosophical directions in regarding one’s place in the world.

Dylan Moran is only one of the hilarious parts of this meta-comedy about the difficulty of writing something with any sort of originality for the stage or screen. The more closely you follow cinema, the more entertaining it will be, but even for those with little such interest, the dry wit will more than satisfy. Any film that gets a laugh from crushing a wheelchair-bound invalid under a chandelier was going to make this list anyway, but few comedies were this ruthless or relentless at finding the humor in desperation.


Cliches inherent in crime family dramas are met head-on in this remarkably styled Aussie film from first time director Michod. Plot falls victim to the deeply flawed characters within as the Cody family crumbles under pressure from the vicious Armed Robbery Squad of Melbourne. The poisonous environment of a family mired in crime becomes evident as the film progresses. And at the epicenter is Jacki Weaver as the diabolical and incestuous matriarch, surely one of the most inspired performances of the year.

And for number eleven, I am going to get a lot of shit for this, but…

I can’t get my head around this one, nor do I want to. A delightfully idiotic, cheap, ugly, and hilarious claymation film that makes defiance of expectations its stock in trade. Equally entertaining to children, stoners, cinephiles, and twats like me. That something like this even made it to a movie screen four thousand miles from where it was made boggles the mind and defies those who complain about how the cinema is going to shit.