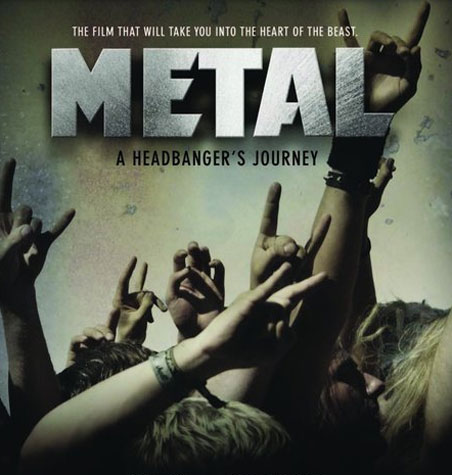 Having an instinctive contempt for tradition and the tender trap of sentimentality, Im usually the last person to be affected by the nostalgia bug. True, I pine for the innovative cinema of the early 1970s and rarely go more than a few hours without contemplating suicide in the face of this countrys worst-ever administration, but by and large, I dont believe in looking to long-forgotten eras for inspiration. There are figures from the past who may have been more insightful, wise, and brutally honest in their assessments, but I subscribe to the school that believes the world is, from top to bottom, a generous portion of excrement, and better or worse are useless terms in the face of mans colossal imbecility. Things might appear to have been wonderful in previous decades, but I have little doubt that had I been of sufficient maturity to perceive them accurately, I would have hated them with equal ferocity.

And yet, I felt a warm and fuzzy glow during my screening of Sam Dunns Metal: A Headbangers Journey, a documentary in form and content, but more a love letter to a form of music often derided, but no less brilliant to the kindred spirits who enjoyed it in their youth. I still visit these bands from time to time — Kiss, Judas Priest, Accept, Iron Maiden, Testament, Anthrax, Nuclear Assault, and dozens more — but perhaps its now impossible to distinguish between ironic joy and passionate devotion. But during my teenage years, defined as they were by rage, loneliness, and a virginity powerful enough to burn holes in the atmosphere, heavy metal music helped define my journey, and I doubt Id be the man I am today without it. So if you find me loathsome, blame Rob Halford.

In many ways, this is Dunns journey, as he travels the world in search of understanding, but its also a treasure trove of faded clips, crushing power chords, and those crazy fools who still worship at metals altar. Having studied anthropology, Dunn brings an academic point of view to metals history and cultural impact, but in the end, he simply wants to bask in the glory of that unmistakable sound. Loving this music helps, of course, but the film is kind enough to break it all down for the unfamiliar. He examines genres, influences, and themes with such clarity that we feel educated all over again, as if we were returning to those first days of exposure. More pleasurably, a few band names crawl out from obscuritys shadow to raise their fists in the air like days of old. These once-proud agents of doom and alienation may no longer stir the sales charts (if they ever did), but they instantly allow us to return to that stuffy bedroom where our plans for mass murder experienced their initial hatching. Thankfully, Dunn maintains a fine balance between fanaticism and respect, never becoming too ridiculous (hes not about to say Overkill changed the world, though Id be tempted to try), but never becoming too smug and judgmental either, as any adult is wont to do when faced with events from his childhood. Hes not laughing at his youthful indulgences; hes celebrating them, with devil horns raised defiantly to the sky.

Along the way, we meet a virtual whos who of metal heads and aging rockers: Dee Snider, Tony Iommi, Bruce Dickinson, Alice Cooper, Vince Neil, Rob Zombie, Geddy Lee, and the always well-dressed Lemmy. Cultural historians, groupies (the legendary Pamela Des Barres barks her beef-curtained take) and writers also add their words, few with as much geeky pleasure as Chuck Klosterman, the man responsible for the single greatest book on heavy metal ever written, Fargo Rock City. Still, the most enduring voice was from the medieval midget himself, Ronnie James Dio, who was so sweet and disarming that one wonders why he hasnt been given his own talk show. Whats more, he highlighted each interview with a pointed barb aimed right at the greedy, marketing-obsessed heart of Kiss asshole Gene Simmons. And when he picked up that sword, the one that threatened to overtake the little elf? Pure, inspired hilarity, my friends. I would have been content to watch him alone for two hours. And not to suddenly change the subject, but what the fuck is wrong with Slipknot?

But there was more — always more — as we traveled around the globe in search of metals allure, from Germanys Wacken Open Air Festival to the frozen tundra of Norway and the very heart of the black metal scene. And what a trip indeed, as to a man, each and every band member interviewed about the Norwegian church burnings in the early 1990s agreed wholeheartedly with the mysterious turn of events. In fact, they practically ejaculated over it. And in a moment of high drama rarely seen in cinema, a particularly creepy black metal artist, staring straight ahead into his own oblivion, is asked what inspires him, only to wait a full thirty seconds before answering quite diplomatically, Satan. And what about the band Mayhem, who cheerfully made jewelry out of the shotgun-blasted skull fragments of their lead singer? I loved them all, and only a local minister seemed to have a problem with their unholy rituals. He was rightfully dismissed as a scoundrel. These Scandinavian motherfuckers mean business, after all, and open warfare has been declared as to who can be the most authentically evil. To me, theyre all winners.

Still, Im not sure this half-stoned stroll down memory lane would have been nearly as fun without the audience, who put on their jean jackets, band patches, and torn t-shirts to brave a midnight showing in what is usually an art theater. Flowing locks, facial hair, and bad manners reigned, especially when the evenings host was shouted down during his introduction with calls of Slayer! and Fuck Yeaaaaaahhhhh! One dude even screamed for a round of metal trivia, a contest that would have been incredibly competitive given the crowd. And when the film started, the 666 that graced the screen was greeted with a deafening roar. Fortunately, the shouts, bellows, and crazed chants continued unabated, and about an hour in, two guys came out of nowhere, lit up a joint, and talked as if in their own living room. Somehow, it seemed all too appropriate, and the atmosphere was so charged that I would not have been surprised had the few metal chicks in attendance flashed their tits as if channeling some long ago concert nightmare.

Above all, this wonderfully entertaining movie doesnt pit bands against each other, or foolishly attempt to argue in favor of Megadeths importance while picking on lesser bands like Motley Crue and Poison. From glam to progressive, black metal to thrash, its all the same silly, loveable music. It made us laugh, helped us accept a solitary prom night, and allowed us to feel superior to those burdened by the bad taste of associating with Duran Duran or Wham. Metal is a dying giant to be sure, and is rarely discussed without some sort of VH1 Where are They Now? detachment, but fans remain; scattered and low key, perhaps, but still in love with a style of music that always managed to piss somebody off. It was about rebellion, arrogance, and hate, yes, but also the true spirit of the form — being an individual. Sure, we always exaggerated the impact, and more often than not the lyrics were nothing more than the umpteenth derivation of fucking a slut in the back of the tour bus, but we could read between the lines, even then. All we knew was that our parents hated it, Congress sought to act against it, and for the time it took to finish a cassette or LP, we felt like gods. Zit-ridden, painfully shy, and virginal down to our tighty whiteys, but gods nonetheless.