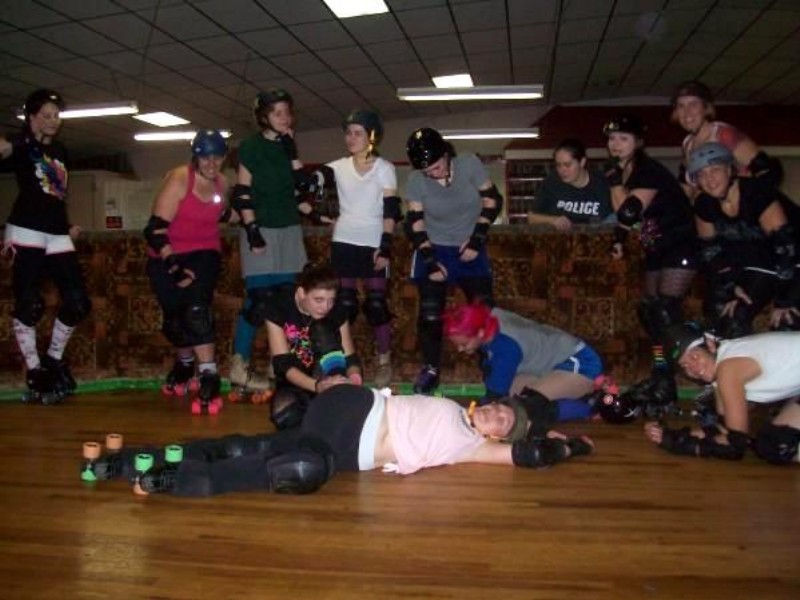 When I witness women engaging in competitive sport, a smile will usually sweep across my face, as if I just saw a baby wearing a sombrero or something. And when I see women fighting, a pulse of adrenaline shoots through me, like when I win ten bucks from a scratch off. Naturally, when I heard about this thing where women race on skates and fight each other, I was heartily amused. When I found out they were coming to my town, I was determined. Determined to make sure my eyes saw this fabled spectacle and those images would be burned into my brain forever, giving me endless joy whenever recollected.

I was a little apprehensive about how my community would receive this venue. I mean, we dont welcome anything foreign or accept anything new. When Wal-Mart installed the self checkout machines, it almost shut down commerce completely. Many of us elected to steal, as to avoid interacting with these new machines from Futureland. And the few brave souls who decided to use them were often made fools of. Ive seen some people tapping on them the way you would smack around a TV on the fritz. Some shouted at them. Some dickishly pushed all the buttons, like you would while drunk in an elevator. A few of us would even talk to the machine in a robot voice, Computer. I. Want. To. Check. Out. wed would say.

When I found out the price to see the Cajun Roller Girls battle the Hattiesburg Hooligans was fifteen bucks, I was shocked. Then, I realized that they were trying to keep all the riff raff out, catering to my towns affluent populous (a group that could fit inside an entire Chili’s, and usually did). When I showed up, a crowd of a few hundred was already seated, waiting patiently with beers in hand. I was shocked that this sport has such interest, but I quickly realized most seats were occupied by perverts hoping a titty would pop out. I then realized I was one of those perverts.

Ill try to break this down the best I can: 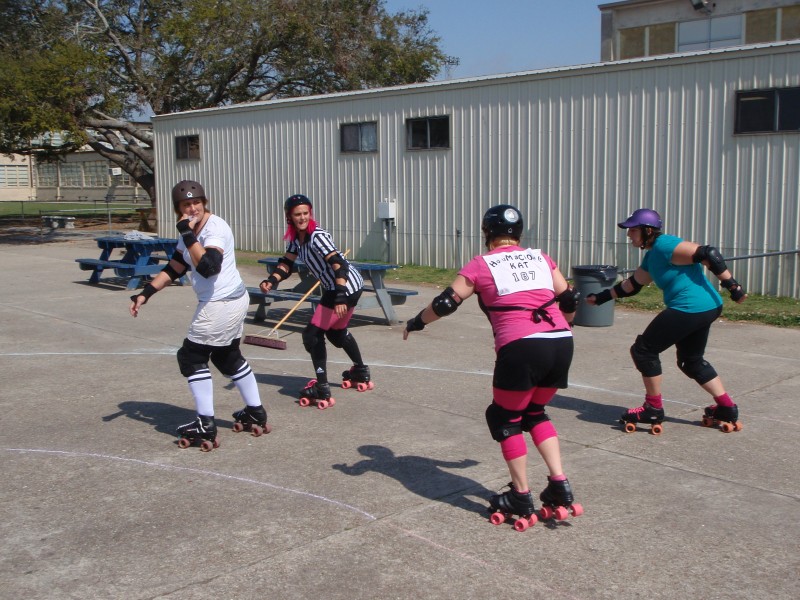 The Game: Basically, I had no idea what I was looking at the whole time. A bunch of women skating around in a circle. Sometimes they would push each other down. Sometimes one would skate really fast, faster than the others even. Sometimes they would stop and rest. Sometimes they would swap out players. But a titty never ever popped out. I realized I didnt know what was going on and never would, but that was ok. Watching these girls skate and try at something was its own reward. If women, inferior to men in almost every physical aspect, could skate that fast, hit that hard, or could dust themselves off after taking a nasty tumble, what was I capable of? Imagine my own potential! The whole thing was pretty inspiring. I loved how their little faces would get all serious when skating super fast or how theyd frown up after being pushed down. You could tell this meant something to them. And that made it mean something to me, even though I had no idea what was going on. I just cheered on in blind excitement. In south Louisiana, you have a better chance at meeting a real life Jew than a woman with a bona fide hobby. Overall, It was refreshing seeing women do this, act this way. 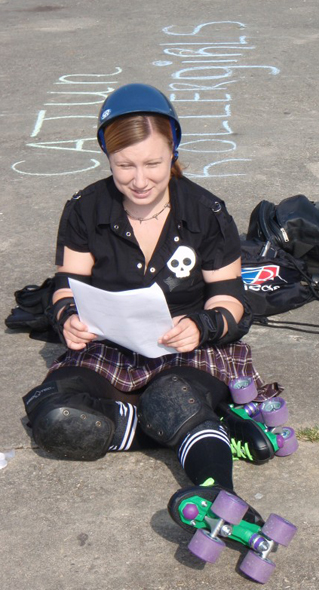 Halftime: While the skaters took a break, we were treated to a belly dancing routine. With all this exotic entertainment, I started feeling like a cultured noble, residing in some ancient, Neapolitan city. But every sip of my canned beer in the same auditorium I bought my first handgun in slowly brought me back down to reality, a reality where all the belly dancers have day jobs at Home Depot and Rome might as well be on Jupiter. Anyway, I always thought belly dancers were supposed to be skinny and hot, like in the movies. This wasnt a movie, and most of the dancers were about two, maybe two-twenty on the hoof. Personally, I liked it. I think the bigger the belly you have the better belly dancer you are. Watching a big squishy tummy gyrate around like some electocuted jellyfish was kind of sexy, mostly because it takes extreme confidence for a woman of that size not only to display her midsection, but flaunt it, bounce it around in your face even. Im not sure how human stomach fat factors in to sexuality, but it does somehow. Im convinced if Id watched them shake for five more minutes, I would be downloading a fat people porno right now instead of writing this review.

The Skaters themselves: With names like, Alpha Bitch, Derby Gibson, and F.N. Trouble, you have to admire the creativity. They really do keep it interesting and can be as animated and theatrical as their names suggest. There was even one named Trigger, a crowd favorite, who wore raccoon makeup and went around shooting cap guns into the air. Later that night, she would wrestle some hefty woman on the dirty floor of a pool hall, creating cheers and half boners everywhere. The after party was held at a local sports bar often frequented by biker gangs and neck tattoo dropouts, and both teams attended. I have to say there is a dark underbelly to roller derby (and Im not talking about the halftime dancers). Id say most of these girls really know how to party: They drink like fish, curse like sailors, dance like skanks, smoke like chimneys, fight like men, and shoot pool like hustlers.

Would I ever go back: If I do, I’m sneaking in my flask. Fifteen bucks is kind of pricey, especially since they charge three freaking bucks for a canned beer. I’m not made out of money. I’m made out of atoms…which money is coincidentally made out of; however, different atoms. Money atoms. I’m made out of people atoms, and I won’t even spend fifteen bucks on a good steak or doctor visit. If they want me to part with an Abe lincoln and whoever is on the ten dollar bill (Christopher Columbus?) then I’m going to need to be assured I’ll see a full out brawl or a titty pop out. However, I’m very glad I went, and I’m very glad Roller Derby exists. The world is a better place because of it.