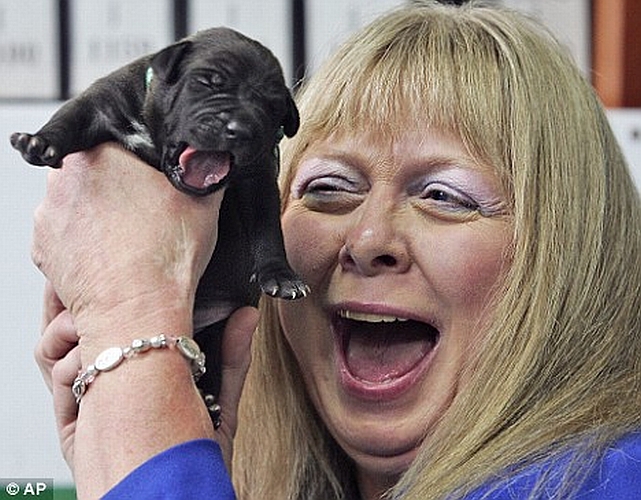 For all of his flirtations with the bizarre and the twisted, Errol Morris has at last captured the commonplace. Thats not to say that Joyce McKinney, the latest and greatest Morris subject to inhabit a world decidedly her own, is anything other than gloriously mad. Still, for all of her maniacal energy, blond ambition, and insatiable sexual appetite, her glorious second coming, so many years after her original infamy, is in no way intended as a send-up of celebrity or self-delusion. Morris, in that sense, is not asking us to laugh, point, or stare with pity. Instead, McKinney is an object of the purest desire. And whats not to love about this demented engine of carnality, this brilliantly off-kilter kidnapper with thighs to burn? Her crimes, as such, were borne of unaffected, idealized, romantic longing. Her pursuits, then, hopelessly noble. And her lifestyle? Survival at all costs, with the world entire bending to her delightfully kookookachooed interpretation. So yes, commonplace. Distinguish yourself at your peril. She differs only in degree.

Ms. McKinney first came to the worlds attention in 1977 with the case of the Manacled Mormon, a seemingly made-for-fish-wrap melodrama that hit all of the expected highlights — sex, love, religion, and madness  with that extra little kick of danger. Here was an ex-beauty queen from the wilds of Wyoming, a doe-eyed innocent by any reasonable interpretation, who hired bodyguard and private investigator alike to hunt down her man, one Kirk Anderson, for having the audacity to leave for England on a Mormon mission. Challenged but not broken, Joyce reasonably concluded that Kirk was brainwashed, for how else to explain his sudden flight from amour? Only a cult bent on personal destruction could separate Romeo and Juliet, and nothing, whether God or ocean, could stand in the way of destiny. Using the first in the series of bizarre wigs, Joyce grabbed her man at gunpoint, took him to a Devon cottage, secured his body with handcuffs and other restraints, and proceeded to fuck the Mormonism right out of him. By her telling, it had all the romance of a soft summer afternoon, and hell, how could one even bring up charges of rape? Mustering all the logic her 168 IQ could provide, she concludes that sexually assaulting a man would be like stuffing a marshmallow into a parking meter. Its an aphorism worthy of Schopenhauer.

The British newspapers swallowed the case body and soul, hunting down numerous leads in the hopes of shining even more light onto McKinneys past. Needless to say, a treasure trove awaited investigators, and Joyce was exposed as a nude model, stripper, quasi-prostitute, and voluptuous dominatrix. Depending on the day and the desired immersion in the gutter, Joyce could be seen in all manner of undress, with the personal ads and paper trail to prove it. A nation was titillated beyond its usual capacity, and Joyce became the flavor du jour. It helped that she had a gift for wordplay, once justifying her actions by stating, I love him so much that I would ski naked down Mount Everest with a carnation up my nose if he asked me to. With a twinkle in her eye, the world believed her, as few so soft-spoken could ever really be dangerous, right? Without violence, revenge, or a trace of malice, Joyce sought to overturn an entire religion for the right to marry, start a family, and love happily ever after. Who else but a true believer could tear apart a Mormons clothing, magic underwear and all, and cast them into the flames? 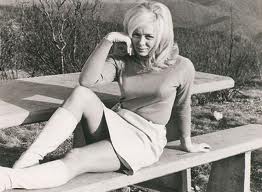 While numerous participants and witnesses to the events are interviewed, this is Joyces story through and through, and were never given any reason to disbelieve her admittedly self-serving version. Thats not the point. There are charges that most of the unseemly photos were altered, but just as quickly, theres a voice stating that hes seen the negatives. So where are they? Lost, of course, and quite suspiciously one might add, which may or may not prove Joyces claims. But unlike many investigative pieces from the Morris oeuvre, this is not a new case for the jury so much as a meditation on truth itself. Morris stops just short of claiming Truth as we know it may not actually exist, but hes certainly keeping such notions in play. Joyce lived, lives, and will live within the boundaries of a reality she has manufactured from the pieces of what life has given her, and to dismiss her claims as inaccurate or worse, deliberate distortions, unfairly assumes that she has any say in the matter. To lie, one must be consciously aware of falsehood, and at no time could we ever believe shes in touch with the concrete. Shes beyond truth, or at least unencumbered by its limitations, and in that regard, shed have a great deal of company at such a table.

Like so many of her stripe, Joyce fancied her life as worthy of documentation, a process that began far before the events described in Tabloid. Even then, she envisioned a life unfulfilled, and its remarkable how much her later days have been an affirmation of prior beliefs. Or perhaps not. Just as perpetual victims and woe-is-me types end up at the back of lifes line again and again, Joyce contrives events to fit the narrative, whether or not shes fully aware of doing so. After a brief blip involving South Korean mad scientists and cloned puppies (fitting, yes, but not essential to the larger tale), Joyce is back to self-imposed isolation; friendless, loveless, and arguing her case with heroic detail, the subject of her own script at last. The man who first set her heart aflame is nowhere to be seen  unwilling and unavailable  but that is how it should be. Had he participated, his unsightly features  his bland, doughy religiosity  would have challenged the very notion that one can become enveloped by love; obsessively taken by its blissful aroma. He needs to remain as Joyce portrays him, lest we sense any rot in Cinderellas pumpkin. Once derided, tabloid is the new mainstream, the inversion complete. Joyce, our patron saint, is but a simple reporter. Her damnation is ours.