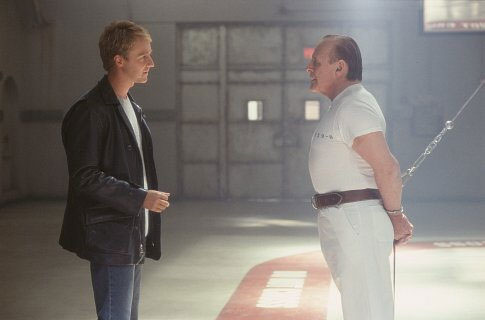 I read a book once called, Four Screenplays: Studies in the American Screenplay.
Essentially the author takes four blockbuster movies and analyzes the
scripts, explaining along the way why they were such moneymakers and
cultural phenomenons. Alongside Terminator 2, Dances With Wolves and Thelma and Louise is a section dealing with The Silence of the Lambs, a great movie by anyone’s estimation. Especially the part where the guy throws his spunk in Jodi Foster’s face.

When the author of Four Screenplays starts work on the sequel, he will not be focusing on the latest Lambs prequel, Red Dragon.
And not because the cast didn’t try – especially super creep Ralph
Fiennes. They all acted their little asses off, but the script just
wasn’t up to par. Like when they make Ed Norton look in the mirror and
say, “[Mr. Killer,] why are you breaking the mirrors?” Fiennes got to
do that crazy guy arguing with himself thing which has been pretty en
vogue as of late – Dafoe as Green Goblin in Spiderman and Gollum in The Two Towers.
Must be a sign of our times. Anyhow, I would say Fiennes was “perfectly
cast” for the role except for the fact that I read the book and the
Francis Dolarhyde character was a hugely buffed out body builder and
much more ugly than Fiennes. Even in the movie, they keep referring to
how physically strong his character is supposed to be, which makes no
sense when it is pretty obvious that the guys on Friends could
beat his ass. The make up folks could have made Fiennes uglier, I
guess, like they did to poor, perennial sad-sack Phillip Seymour
Hoffman (yeah, I know, uglier.) Regardless, his performance was
strong and about as believable as could be expected for a serial
killer/rapist who thinks he is a William Blake painting.

The now ubiquitous rendering of Hannibal Lecter by old Anthony
Hopkins is wearing thin. Been out in the sun too long, etc. As you
probably know, Red Dragon had been made before in 1986 by Michael Mann (Heat, Miami Vice) and titled Manhunter.
Lecter, then played pretty well by Brian Cox, was only in a scene or
two. In this much updated remake, it is Hopkins’ face that graces the
front of the rental box and screenwriter Ted Tally tried as hard as he
could to feed the seemingly insatiable viewing audience as much of “The
Cannibal” as they could stomach. This dessert, however, was forced and
ultimately became the movie’s undoing. Yeah, Hopkins chewed as much
scenery as he could swallow but after about the halfway point of the
movie, Lector had nothing to do with the movie’s plot or resolution.
He’s just in it because… well, he’s Hannibal Fucking Lector and he
sells tickets. Still, watching serial killers drink Chianti is not my
cup of tea. Plus, he never escaped and tore shit up like he did in the
first one.

Also, you would think that Mr. Ed Norton and Sir Anthony would
be above doing a direct cash-in of the much more (in)famous
Hopkins-Foster tête-à-tête. Turns out that a $20 million check is a $20
million check. The resulting Red Dragon shows only that
Norton’s character is under-rendered while Hopkins is totally
overwrought. Norton’s Special Agent Will Graham has almost no reaction
when Hannibal starts in with the old, “We’re not so different, you and
I…” Also, when Hannibal tries to kill Graham’s family, don’t you
think Graham would have said something? Maybe like, “Uh uh, not cool.”
Instead he goes back to visit Lecter and is like, “OK, let’s get back
to work.” Again, the acting is tight, but the script is inadequate and
forced. 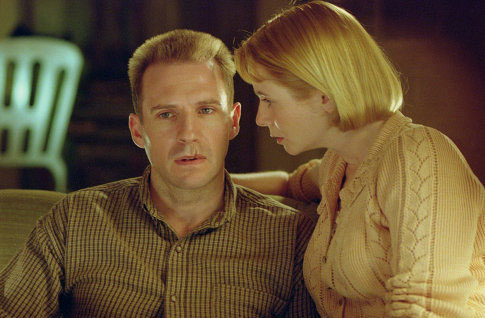 Another scene has the two of them in Hannibal’s exercise “cage.”
Lector has his hands chained behind him and is on some sort of leash.
As long as Norton’s character stays on the other side of a red line,
Lector can’t… kick him? I guess biting is what we’re supposed to be
worried about, but there is already enough of that going on (Fiennes is
after all called the Tooth Fairy). The filmmakers could have taken a
chance and have had Norton walk inside the circle just to show Lector
some respect. Or something. Problem is, they have built Lector up so
much that now the viewer pretty much feels that if Lecter so much as
touches another character, that person is dead meat. Like he’s satan or
something. But, the tension that existed between Foster and Hopkins in Lambs just ain’t present here and the movie suffers because that is what we expect. And want.

Norton’s character never really went anywhere, either. He
started off smart and lucky and ended much the same way. I never really
felt as if Lecter might “get” to him, the way Lecter gets to Special
Agent Starling in Lambs. Noiry, scary movies need lots of tension, and this one was a bit too massaged.

Oh, I guess there is a plot that should be discussed. Um, let’s
see. Graham puts Hannibal the Cannibal behind bars after Lector shanks
him. (Plot Point: This is another movie where bullets only kill
if they hit you in the head. Getting shot in the arm or the body just
sort of upsets the characters for a scene.) Graham quits the FBI but is
soon lured back in by his old boss Crawford (Keitel). They are trying
to catch the “Tooth Fairy,” a new serial killer who rapes the mother in
front of the whole family after killing the pet. Oh, and he breaks
mirrors and sticks glass shards in his victim’s eyes for some reason.
Graham can’t quite figure it out, so he enlists Hannibal’s help – turns
out this is what Crawford wanted the whole time anyway. Of course the
Tooth Fairy is a fan of Hannibal’s and the two sort of half heartedly
plot to kill Graham’s family for some unspecified reason. Oh yeah,
cause they are serial killers and they like murdering people. 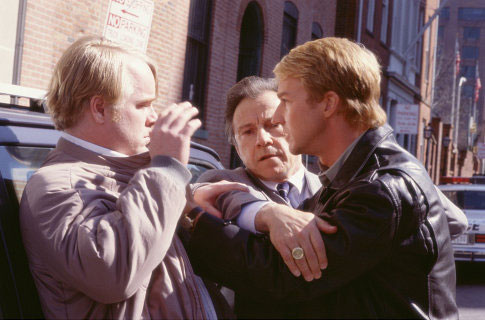 Even though he is totally fucking insane, Dolarhyde/Tooth
Fairy/Red Dragon somehow starts dating a blind woman (Watson). Since
she can’t see his hair lip, he doesn’t want to kill her. Or, she is
special like him. Or he’s just really fucking crazy. Either way, she
temporarily tames the beast and we get treated to yet another
sympathetic mass murdering sociopath. By far the best scene of the
movie takes place with Fiennes and Watson; she’s going down on him
while he’s watching a home movie of his next victims. Deliciously
sinister. However, not that I’m any sort of expert on the sexual
moorings of serial killers – though I have seen Citizen X a
dozen times, – I thought one of the major components of being a serial
killer is the inability to perform normally, sexually speaking? Wait,
strike that, getting a blowjob while you have the VCR freeze framed on
a woman you are going to rape and eviscerate in front of her dead
family isn’t exactly normal, now is it?

Of course there is a twist ending. The bad guy is dead… or is
he?!? He’s not and then he shows up at Norton’s house and Norton
“enters the mind of a monster” to stop him from killing his own family.
There is a shootout, cause Hollywood always fucking does that, and
Norton and Fiennes collectively get shot everywhere but in the head.
So, they aren’t dead. Norton’s wife has to be told by the massively
wounded Norton to pick up the gun and finish killing the Red Dragon.
Which she does, though she is quite freaked out and upset by her
actions. So upset that she chooses to fall against a wall and cry,
rather than checking on her husband or child’s condition. It that shit
happened to me, the last scene of the movie would have been my son
putting the creep’s head in a hat box while me and the Mrs. make love
on top of the fucking corpse. Point is, no one would have to be told to
make sure the guy is dead. 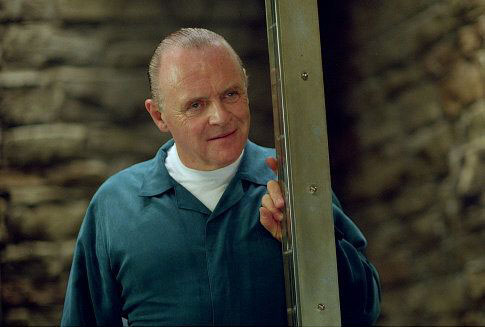 Should you watch Red Dragon? Yeah, sure, why not? It is
exactly two hours long, very well made and has enough “twists and
turns” and whodunits to keep you guessing. I watched it with my best
friend while drinking about three pints of strong beer that we made and
I’ll admit that I had a good time. Nothing is horrifying about it –
intentionaly or otherwise – and nothing is really great or all that
memorable. A very middle of the road movie on all accounts. Except for
the paychecks, of course.Silence of the Lambs absolutely blows it out of the fucking water, but Red Dragon does shine like a star when compared next to the embarrassingly awful Hannibal. In my final summation, Red Dragon provides the Dr. Lector series with enough dignity to hopefully be put to rest forever. …OR NOT!!!