MASTERS OF DISASTER: LESLIE NIELSEN in THE POSEIDON ADVENTURE 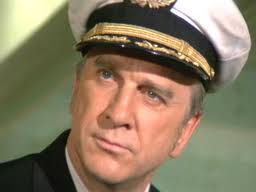 If Gene Hackmans Reverend Scott is The Poseidon Adventures heart, soul, brains, and barrel-chested masculinity, Leslie Nielsens Captain Harrison is its conscience; as steely as the boats hull and unforgiving as the sea itself. By turns bemused and baffled as he steers the grand vessel on its fateful final voyage, the captain is also the ultimate good soldier; willing to not only go down with the ship, but do so with maximum drama and portent. His Oh my god as the massive tsunami bears down on the doomed crew contains just the right amount of import without descending into shrieking, womanish despair. Theyre all going to die, yes, but theyll be damned if they do so with a crease in their uniforms. Or an atypical betrayal of the fear inside.

Captain Harrison — the button-upped, starch-collared Brit who just happens to be Canadian; a snow-capped peak of pitiless moral rectitude and righteous indignation. Dont tell him his business, but faced with the cheek of the unknowing, hell cling to his rule book, knowing damn well the whole enterprise is destined for a watery end. But theres no fight left in him; hundreds will  and should  die, not because hes dizzied by bloodlust, but rather, well, theres a point to be made. Its this modern age, after all, where captains have had their ultimate authority chipped away by bureaucratic meddling and armchair expertise. In centuries past, the captain could flog, humiliate, dispatch, and destroy anyone he wished. Now, hes just some shadow of a man on a foolish pecking order, yielding to more than just the oceans idea of justice.

So had Harrison been granted the dictatorial relish he craved, the S.S. Poseidon would, at this very moment, be safely retired, with passenger and porter alike remembering the grand adventure of that final New Years cruise. Picture it: Rogo and Linda bouncing any number of wee ones on their third set of knees, Martin a power-walking dynamo defying the perils of age, and Manny and Belle, well, perhaps no more, but having hugged that beautiful Jewish grandchild until it shat matzo. And that beautiful brother, playing his music for any number of oceanic sunsets. But what could have been never was, and few but the damned would point an accusatory digit in Harrisons direction. Rightfully martyred, yes, but blameless, and damn the idea that the lives of the innocent are but pawns in a corporate race to break speed records.

Needless to say, safe and sound is the captains way, and anything short of such a noble goal will end in tragedy. Harrison was, in many ways, the last of his kind; a guarded, slightly jaded cap-tipper of the old school who read the writing on the wall. He saw it all coming down, like the very wave that bled the ship dry. Never again would young lads be welcomed on the bridge, nor would a captains bars elicit the awe and reverence of those sepia-toned days of old. They would be figureheads evermore, what with ships that practically steer themselves in this sad age of humorless technology. More than just the honor of sitting at the captains table died that late evening; the very notion of leadership went gurgling to depths unknown.

Its the line that lives on more than any other, despite a treasure trove via the mouth of the good Reverend  You irresponsible bastard. In the writing, it conveys little of the disgust and embarrassment that Harrison feels right at that moment, and no font yet exists to register the dripping contempt he spews at the object of his scorn, one Mr. Linarcos. Ordered to run full ahead by a man who wouldnt know a ship from his own shriveled sack, Harrison retorts, for the ages: Goddammit man, the Poseidon is too fine a lady to be rushed to the junkyard on her last voyage. Too fine a lady. You can practically see Harrison running his fingers along the stern with the tenderness of a gentleman lover. He knows, at long last. He just knows. 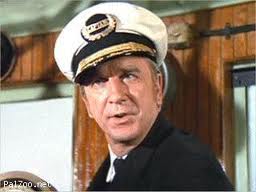 Linarcos, by contrast, is a corporate shill; a simpering toady without the guts to live by his choices. And Harrison knows it. You irresponsible bastard. The words of a dying man, as well as a dying age. A shift from responsibility to chaos, from manhood to effete evasion. Three words that gave us Watergate, gas lines, malaise, and the rise of the Right. Tax cuts along with spending surges, wars without end. If the Titanic was our hubris, the Poseidon was what remained of our dignity. For when Harrison casually, off-handedly remarks on the New Year, he does so knowing it will be the last of its kind. And why celebrate the transition into a darker, more foreboding time? It would be like wishing happy birthday to a dead man. The dead man hes become in the blink of an eye. The crest of a wave. The voyage of the damned.