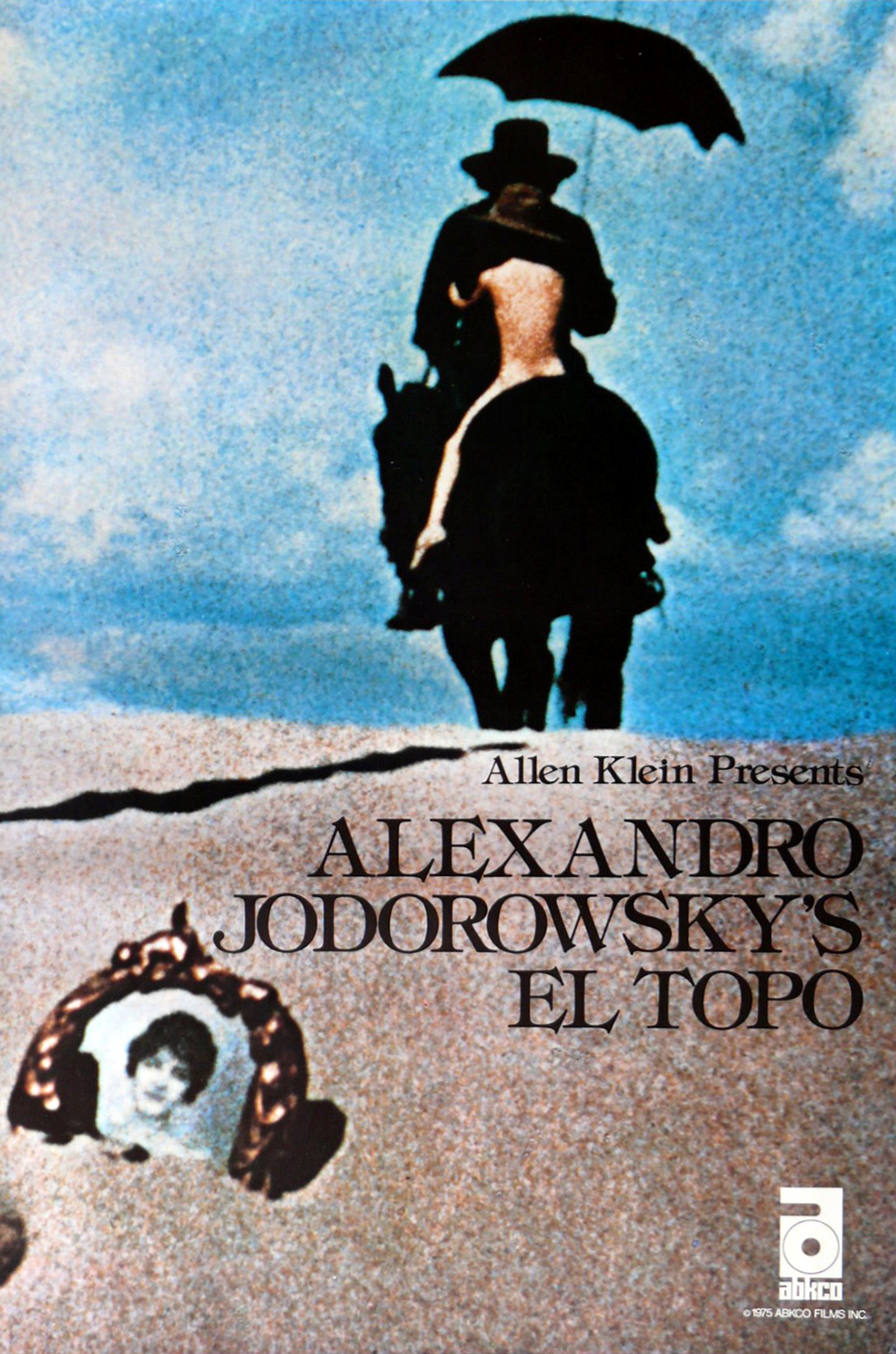 Midgets and cripples die horribly in this Western Classic

Were it not for the delightfully anarchic opening passages, Alejandro Jodorowsky’s El Topo would be wholly unwatchable, although the monotony and absurdity of its final hour is just about enough to chase away the good feeling achieved by the bloody, perverted beginning. Above all, the film is painfully, embarrassingly dated; a work of an experimental era, yes, and one that forgets that in order to be truly classic, one must be timeless. Clearly inspired by the mad genius of Luis Bunuel, it incorporates none of the charm, wit, or sly sense of humor that elevated that masters oeuvre into the realm of the inspired. Jodorowsky is a pale, sad imitation indeed; in love with his own sense of the clever, but desperately out of touch with his lack of vision. Bunuel hunted big game and bagged his victims with a nasty flair, while Jodorowsky is disturbingly content to bring forth only the required imagery without any of the underlying thought. As surrealism is a tricky game and can often go awry, it is imperative that at the very least, one arrives at an understanding amidst the chaos. Attack broadly if you must, but narrow the focus when necessary. Here, the firing is largely at will, leaving the viewer without a sense of accomplishment.

Still, I was quite prepared to be astounded (and even a little horny) as the film unfurled its opening frames; where a naked young boy travels with a mysterious stranger (looking like the product of a Kris Kristofferson/Grizzly Adams assignation) through a bizarre landscape of blood, corpses, and dust. Before our very eyes, we see women speared on poles, dead animals as far as the eye can see, and no fewer than three-dozen bodies hanging from the rafters of what appears to be a church. And when the hero forces the nude lad to gun down a dying old man, I felt that twinge of excitement that comes from embarking on a journey where only prudes and angels fear to tread. Was this the apocalypse? A vision of man’s essential wickedness? I was unsure, but more than willing to stay with such a loving view of the world. Soon, I saw Bunuel made flesh; men sucking on shoes, bananas sliced with swords, and a desperate beggar humping a woman made entirely of stones. No sense is offered, and I took it in the spirit of the intent. Eventually, however, a method must appear, and instead, the film wandered all over a windswept desert, where men are shot in the knees, birds are hacked to bits, pages of the Bible are used to wipe runny noses, and monks are stripped naked and savagely spanked. Again, I was on board for all of this, but had hardly made a dent in the films prohibitive running time.

And so we come upon a cathedral; where a Romulan-likeColonel wears red trunks, gets blown by some chick, and waltzes into view ahead of dozens of screaming pigs. Then, just as suddenly, a man slits his own throat and falls from a high perch. TheColonel then takes the woman and forces her to show her tits to the gang of madmen, as well as kiss them on the lips. In comes our hero, proclaiming, I am God, after which he forces theColonel to strip and submit to a hasty castration. The best thing about the operation is that within seconds, a lush, almost romantic score plays, and we half expect a loving couple to be skipping through tall grass. Just as quickly, were off to the desert, where the woman lays a few eggs, the hero shoots a phallic rock to produce a geyser of water, and beatings commence, interrupted just as quickly by a wild rape. During these scenes, the editing has all the precision of a drunken woodcutter at work; fanciful and in the spirit of the film, perhaps, but no less sloppy and frustrating. Off again, this time to a guru (one of the masters referred to in the film) who is a dead ringer for James Taylor, only this guy has the ability to lose the fear of bullets. He is popped a few times for our enjoyment, yet barely bleeds. Adding a touch of the macabre are armless and legless servants, who help bring about a bloodbath, the climax of which features one of the cripples with his nubs flailing in the air. Fine, a chuckle for that one. But then all good feeling is lost when the couple fuck in the sand (or are they literally the sand?) and a lion appears to keep an eye on things. Then there’s an isolated structure with dozens of dead rabbits, desert scoundrels with bad teeth, and our hero flipping out in a concrete octagon. A few other things occurred, more people got naked, and it all ended with a Buddhist self-immolation. 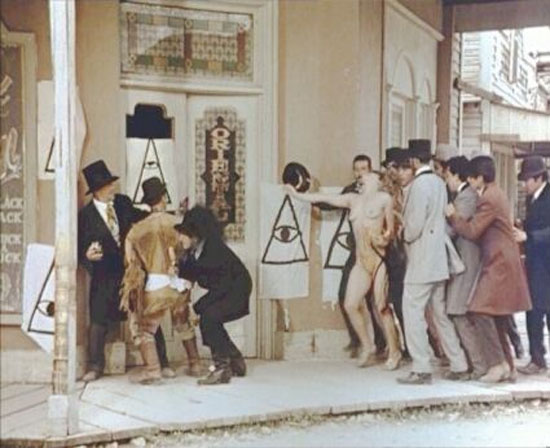 Admittedly, it is impossible to know what I might have thought of this film had it been in Spanish with English subtitles, but the obnoxiously dubbed version is all I had before me. Dubbed films are a pox on the cinema, and once I found out I had no other option, my mood was instantly soured. What might have been deep or philosophical or intensely symbolic, instead became annoying and at times painful, and I’ll admit that experience contributes to my overall assessment. Still, I never felt that Jodorowsky had full command of his material, and if he intended to blast religion as an empty path to enlightenment (which is made more obvious by the Biblical chapters), he succeeded only by accident, for one predisposed to loathing the Church is likely to read into the images with exactly that frame of mind. As this is intentionally non-linear and excessively hallucinatory, I do not want to give the impression that my need for the concrete interfered with my enjoyment. But even the surreal has a self-imposed discipline of sorts; at least it follows the logic of its patent illogic just enough to make sense. Here, the joy of death and random violence simply could not be sustained over the length of a feature. The film becomes more enjoyable to be sure if the hero in black is thought to be Jesus (would that a Western image of Christ defined him as a bloodthirsty, womanizing brute), but it still only takes us so far, without the required moment of profundity that Bunuel never failed to leave us with. Even with his rambling and raving, one still got it, despite the odds. Here, I’m not sure how much there is, except for a filmmakers attempt to channel Vincent Gallo’s narcissistic hubris several decades ahead of schedule.