Call it the anti-Spellbound. It would be more accurate to describe this film as an overrated, meandering, utterly dull examination of Cajun crackers, but I use Spellbound as an example of what this documentary film avoids at every turn. Most documentaries seek to illuminate, inspire, educate, or hell, even entertain. Louisiana Story, Robert Flaherty’s 1948 “landmark” study of a young boy who lives in the Louisiana bayou with his illiterate parents and pet raccoon, is arguably the least engaging documentary I have ever seen, if only because it is, well, not exactly a documentary. Authentic Cajuns are used, there is no “story” to speak of, and the narration has an air of non-fiction authority to it, but I have since learned that the film is fiction in the strictest sense. Whatever it is, I wasn’t buying. 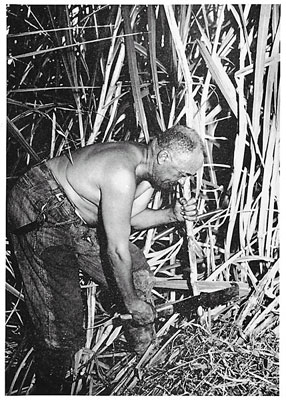 I have read that the visuals in this film are “breathtaking” and the story “powerful” in its simplicity. Bullshit. No cinematographer on earth, be it Gordon Willis, James Wong Howe, or Conrad Hall, could make the Louisiana swamps either appealing or attractive. From where I sit, it looks dirty, dangerous, and better suited for alligators and mosquitoes than people. And then there are the people. I couldn’t understand one word of what was said by these toothless savages, outside of a few grunts and bellows. There’s some kid who wrassles alligators (one he skins as revenge for killing his raccoon), a father who gets manipulated into signing over his land to an oil company (and is compensated with infomercial junk), and a group of oil drillers who are given the sort of fetishistic treatment better suited for a Riefenstahl film. More research uncovers the fact that Flaherty (who directed the genuinely interesting Nanook of the North in the 1920s) received funding from Standard Oil to make this “loving” film about the region. Predictably, the oil wells are seen as “heroic,” the drillers the epitome of masculinity, and the company itself a genuine force for good, as it rapes the land, spoils the environment, and exploits the poor, but does it all with a smile (and a few shiny trinkets that the simple folks can appreciate).

Really folks, it’s not much more than that. Boats drift on the water, the drilling process is shown ad nauseum, animals suffer and die, and the citizens of the bayou keep living life bereft of intelligence, literacy, sanitation, shoes, or a reasonable diet. I’m not sure why this film was made other than to sell Americans on the idea that rural pinheads need to get out of the way of progress. But does this film deserve recognition by the Library of Congress? Given our current Commander-in-Chief, perhaps it does have a place once again.