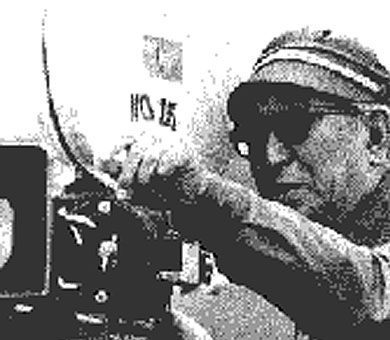 Written and Directed by Adam Low

There are perhaps more stylistic documentaries out there, and I am quite sure that there are more innovative and daring works of non-fiction to be found [Ed Note: Try this one or this one.], but few will have such an incomparable giant at their center. Above all, this documentary is, outside of the films themselves, the best way to spend a few hours with one of the greatest filmmakers who ever lived. A case could be made that he was, is, and will always be the greatest, and I would make no effort to argue. Akira Kurosawa, the towering figure of Kurosawa, is one of a handful of artists who brings a smile to one’s face with the mere mentioning his name. With so many films coming out each year that will be seen once and justifiably forgotten forever, the body of work from Kurosawa is so deep and so varying that it staggers the imagination. He made samurai films, Westerns, film noirs, adaptations of Shakespeare, adventure tales, and low-key dramas. For anyone familiar with his work (and I will admit to being a latecomer to the party), the inherent greatness need not be explained. Instead, one thinks fondly of scenes, characters, glances, and breathtaking shots that never lose their vivid detail, nor their power to transform us in a manner that is unique to cinema. Kurosawa is worthwhile — and important — not because it is exhaustive (too many great films and scenes are left out) and not because it is a stunning work of art in its own right (it is merely a series of clips, interviews, and voice-over narration), but rather because it celebrates a man and his life, that life being defined by, and immersed in, the world of cinema.

Kurosawa gives us biographical detail, from Akira’s early memories of the devastating 1923 Tokyo earthquake, to his brother’s suicide, to his own suicide attempt late in life. British actor Paul Scofield provides Kurosawa’s voice, using excerpts from his autobiography (a curious decision not to feature a Japanese actor, but it’s not too distracting) and Sam Shepard narrates the rest. We also hear from Kurosawa’s family and co-workers, all of whom have wonderful anecdotes about life on the set. One particularly fine scene features several key players, now slowed considerably by age, as they visit the site where Rashomon was filmed over fifty years ago. There are even film clips of Kurosawa himself, talking about his difficulties and filmmaking philosophy. It is especially interesting to hear about his problems after making Red Beard in 1965, years that featured depression, declining box office revenues, and the nearly impossible task of securing funding. In fact, he was forced to seek money from the Soviet Union for 1975’s Dersu Uzala. Outside of the disgust I felt that a man of Kurosawa’s stature should have ever been forced to beg for money, it reminded me that an artist’s native country is usually the least accepting of his work. Even Clint Eastwood and James Coburn added a few words, which is appropriate given that they came to stardom in films that were directly inspired by Kurosawa. 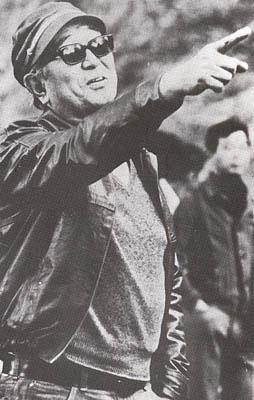 Kurosawa, like many directors of vision, had some less than stellar years, if “less than stellar” can be defined in this case as not quite measuring up to fucking brilliant. And while I have yet to see a few of the films mentioned from Kurosawa’s later career, I have seen 1985’s Ran, one of the greatest achievements of the past twenty-five years. That Ran was made by a 75-year-old man on the verge of blindness is astounding. But the greatest run for him — and for us as an audience — began in 1950 with Rashomon and continued with Ikiru (1952), The Seven Samurai (1954), Throne of Blood (1957), Hidden Fortress (1958), Yojimbo (1961), Sanjuro (1962), and High and Low (1963). Such a string of masterpieces is unmatched in filmdom. In Kurosawa the documentary, we get enough scenes from most of these selections to keep us content, but I would have liked to see quite a few more. And I would also have enjoyed more of the great actor Toshiro Mifune, although I realized this was Akira’s show. But what would Kurosawa have been without Mifune? I can’t think of a better director/actor combination and, quite frankly, neither can you.

So, if you already love Akira Kurosawa, this tribute will reinforce your devotion. And, if you are a novice or desire an introduction, I can’t think of a better place to start. But above all, see the films. See them often. With so many films lacking personality and depth, it is reassuring that in a world which rarely rewards greatness, there once lived a man who got it right.