Home / Featured Posts / The Curse of The Micropenised Cop

The Curse of The Micropenised Cop 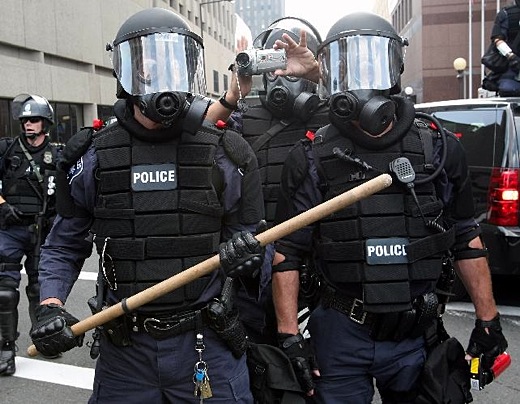 Civilization, through its ebbs and flows, has produced some downright embarrassingly silly things over the years: Blimps and tuxedos are pompously asinine, but they hold a lovable charm. The feudal system was a laugh, surprised that lasted as long as it did. Those bicycles with that big ass wheel in the front: Un. Necessary. I really thought the crossbow had a chance, but they might as well rename it to “fist of the angry virgin”. Pony tails had a nice run. Football came along and replaced witch-burning. Some people went their whole lives without ever grooming their pubes. Disco music will forever be a punchline. Asbestos is right up there with tribal tattoos and George W. Bush. It’s only a matter of time before we do something about Florida. Point is, humanity makes all kinds of silly mistakes, but one of our best and most prominent jokes is that of the American Policeman.

The Name: Let’s just start with their title, Policeman. ?Police? is actually Latin for “small dick.” So when you put it all together, these are just small dicked men. It’s widely known that men with the smallest of dicks often gravitate to certain niche professions: assistant managers, vice principals, and of course, policemen. Most people call them, “Cops” for short. The hard ‘p’ at the end of the word is biting and insulting. It’s like the “c” at the beginning of “Cunt.” Policemen don’t even realize this. They often refer to themselves as “cops” as in, Does this establishment offer me a discount? I’m a cop!

note: In America, doughnut invoices are usually sent to the taxpayers.

The Costume: Cop Costumes are the best. They are generally similar; however, slight variations exist from region to region. Mostly, they wear little dark blue pants and shirts, always creased and pressed. Some even sport a puffy little cap with a shiny emblem on it. All cop costumes come equipped with a cool utility belt with lots of bells and whistles. Radios for when they get lonely, flashlights for when scared of the dark, pepper-spray for the elderly, tasers for the women, guns for minorities, and billy clubs for when the shame of having a small dick becomes too pressing to internalize. And the most important accessory is the badge. It’s basically a no hit backs card for grown-ups! It’s like an imaginary force field that makes it very, very inconvenient for anyone to treat you the way you are treating them. 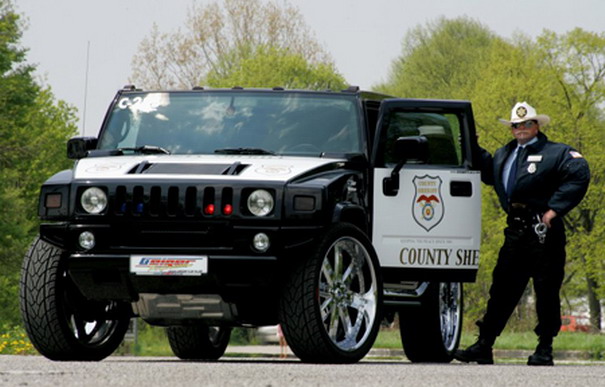 The Posture: For a good time, you should study a cop’s mannerisms when either securing a crime scene, directing traffic, or patrolling a state fair. Then, go to a local playground and ask any child to act like a tough guy. You will see the same stiff back, squinted eyes, tightened lips, with the hands affixed to the belt, gazing upon all they lord over. Basically, a cop’s idea of a macho man is the same idea as a child’s. I’m not sure weather they are taught to act like this in cop school or they just never grew up. Oh and bonus points for when they are walking up to a perceived threat with a hand on their holster, just like a kitten approaching a spider! Cops running is another funny thing, uncoordinated hotheads with their little bellies bouncing up and down could make anyone laugh. That’s kind of how the WNBA would look if all the players were pregnant. 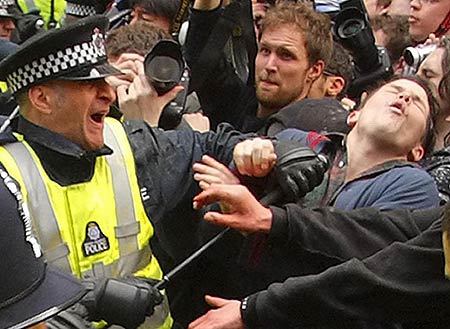 The Motivation: No one asks for a badge and gun in order in order to make the world a better place. Nobody wants the blood the downtrodden on their knuckles in order to clean up one’s city. That’s not how do-gooders operate. Do-gooders enlist in the peace-corps, practice law pro bono, educate children, or pour vegetable soup into a hobo’s knapsack while reciting poetry about trees. Men who become cops generally do so from deep seated feelings of inadequacy and frustration…and the fact that their micro-wieners urinate on their balls all the time. And as the bible says, ?the burden of the piss-stained gonads be heavy. That burden can only be unleashed via removing peoples’ civil rights, one false police report at a time. The fact that cops get to beat, intimidate, and manipulate under the guise of justice dissolves all feelings of culpability. The mirror of judgment the super-ego holds hazes and fogs under the heat of subsidized doughnut farts.

What they do/don’t do: If someone breaks into your car, vandalizes your business, robs you at gunpoint, or poisons your ocelot, you shouldn’t even waste your time calling a cop. In between fixing your window, painting over gang signs, canceling your credit cards, and giving CPR to a comatose jungle cat, you’ll also have to deal with a cop, and that will be worse than all of the aforementioned inconveniences. And there is a 99.9% chance they will not solve your crime. You’ll have to answer pointless questions, endure shitty advice given in a condescending tone, and worry about them framing you for something else while they are inside your house. They honestly have no time to chase down criminals or investigate crime; they are too busy writing tickets and breaking up domestic disputes. 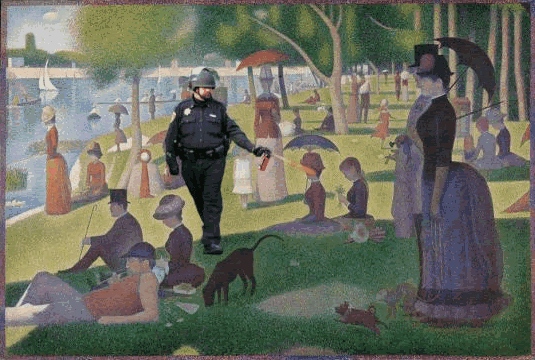 Overall: So a bunch of enraged simpletons with hero-complexes are using our justice system to exorcise their own feelings of inadequacy. None of this is new news to anyone over the age of 12, but what I often toil with is the idea of how necessary this is. Cops (like strippers) see humanity at its worst; therefore, they have a skewed idea about how people generally behave. You take shitty people and you tell them to fix the problems of even shittier people, and you’re going to get a lot of shittiness, e.g. Florida. But who knows, maybe the criminally stupid people see a man in blue pacing around a state fair like Wyatt Earp with a death wish and it keeps them from throwing a beer bottle at their ex-wife’s new boyfriend’s head. The problem is that when most well-adjusted, law-abiding adults are forced to interact with these walking doughnut depositories, we lose faith in the system. It’s not entirely their fault. We are asking idiots, with all their misguided passions and prejudices, to do a very difficult job. And I’m not discounting that there are some great cops out there doing great police work, but what I’m saying is…. most of them aren’t and most of them can’t. That’s just the truth. You can take the Christopher Dorner case as an example. There is pretty much no doubt he was wrongly fired and had his life moderately fucked up by the LAPD; however, snapping and relinquishing all opportunities to see shark week was NOT the right move.

Law enforcement has branded Dorner a “coward, homicidal madman,” and lunatic. Let’s suppose all of that is true. The handful of people that he encountered while waging war against law enforcement were left unharmed. He never tried to hurt anyone whom he deemed innocent. If he would have killed the people that he car-jacked, boat-jacked and sequestered, the cops would have never caught him; however, they untied themselves and called the cops, leading to his downfall. Christopher was obviously not ?homicidal? enough for his own good. What was law enforcement doing in the meantime? Shitting their pants and shooting up innocent people who were driving vehicles that resembled Dorner’s. A truck with two women delivering newspapers was turned into Swiss cheese because of the curse of the micropenis. Another man, trying to go surfing before work, was run off the road and had his ride shot up for two reasons: his truck resembled Dorner’s and underneath it all…micropenis. It says a lot when a cowardly, homicidal-lunatic engaged in a bloody war treats the general public with more tact, skill, and decency than the people who are paid to do those things. The LAPD might have turned Christopher Dorner (a man once filled with integrity and fairness) into a horrible piece of shit, but at least they couldn’t turn him into a cop.