Surprise, surprise. The Hulk sucked not for the reasons you
might think, but rather for a whole slew of others. While “suck” might
seem like a strong verb, this movie was spastic and quite thin in the
plot department. Counter to what every motherfucker with an opinion
told me before they saw the movie, the CG/special effects were amazing. Best I’ve seen. [Ed Note: Even compared to Golum?] The story, though, was dumb, dumb, dumb, stupid, dumb. One of the worst I’ve seen, and I’ve seen a bunch. I was hoping that like Spider-Man
last year, the combination of a great director with very talented
principle actors (well, OK, Jennifer Connelly is only half-talented)
would be enough to overcome the studio leeches/cabal of writers and
make The Hulk passable. Wrong.

First of all, I think I am just getting too old to care much
about comic book-based movies. Their fundamental flaw being that they
are dumb and written for children. As the years roll past me and my
body, I just crave a little more depth and mental alacrity in my entertainment. Comic books are simply inherently limited in this regard. The Hulk being no exception (unlike Spider-Man). Second, a big, giant Ruthless Fuck You
goes out to Ang Lee. Not for making a poor movie, which he did, but for
that shitty fucking cameo he gave to Lou Ferrigno. Hey Ang, you know
that eight hundred gazillion dollars you just deposited into your bank
account? Well, Lou earned at least half the loot for you by slugging it
out for years in a frankly more coherent and entertaining Hulk vehicle.
[Ed Note: TV show.] Ferrigno is why the audience even knows what the
hell the Hulk is. And you let him walk across the screen once? Jesus
Christ, fuck you Ang! Show a little gratitude. Make him an evil
henchman or something, sheesh… 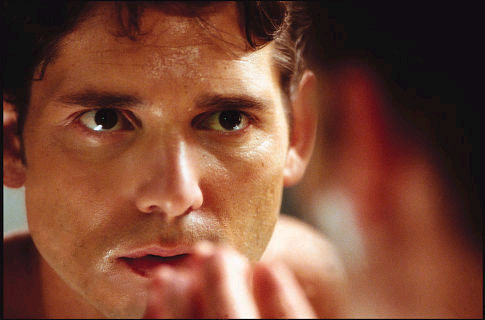 OK, so Bruce Banner, genetic scientist, yaddy yaddy yah,
nanotechnology, accident, gamma rays, rage, repressed memories, becomes
the Hulk and smashes a bunch of shit (doesn’t manage to kill anybody,
oddly enough). Just a grab bag of cutting edge scientific and
psychological crap that seems innocuous enough to at least let the
viewer have a good time, right? Well, the plot is so insipid that I
spent most of my time either laughing out loud (like when Bruce and
homegirl are playing on a swing set) or getting really upset. Like when
Nick Nolte turns into Lawnmower Man. I would also say also that fifteen
percent of the movie consists of extreme close-ups of Bana’s face
shaking with rage. Kind of like in The Mummy how all the characters were constantly roaring at each other. Site gags replace plot, story, etc.

Oh yeah, Eric Bana. Watch the first couple of scenes of him
talking to Connelly. You’ll hear a nice Australian accent. I think part
of the reason he turned in such a wooden, stilted and boring
performance was because he was worried about his accent. Must have
been, because I saw Bana in Chopper, and let me tell you, the
boy can act. He just chooses for some reason not to do so here.
Instead, he imitates Al Gore. Maybe it was bad directing? The writers
are a mixed bag, one dude (James Schamus) having written Lee’s earlier
masterpiece, The Ice Storm, and one of them (Michael France) having written Cliffhanger.
Somehow or another, Bana got it into his head that the best way to
portray Bruce Banner is to have a single expression. Even the fucking
CG Hulk emotes more than Bana. Because of this, I found Mr. Bana very
difficult to watch and/or take seriously. Which is too bad, because my
expectations were high. 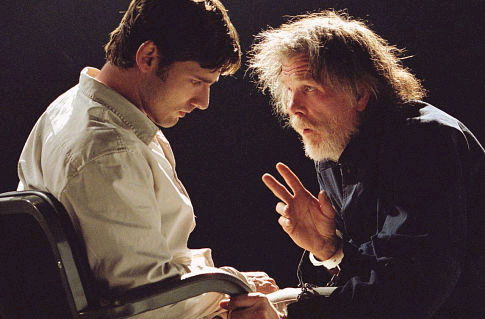 Much was made in the pre-movie hoopla about how Lee was going to
make a “deeply emotional exploration” type of film. I’m paraphrasing,
but if you read of any of the hype/press, this was the party line. And
of course the emotion being explored is rage. But when Banner’s girly
sells his ass out by narcing on him to her pops (Sam Elliot) what does
Bruce do? Incredibly, nothing. He doesn’t even get mad at her!
That is how stupid the plot is. Again, you have a movie about a
guy/creature who cannot control his mega-violent rage who doesn’t even
seem annoyed, let alone furious, at the one person he trusts stabbing
his ass in the back. He spends over half the movie running back to her.
I would have kicked that bitch to the curb/smashed the living shit out
of her. Do I even have to mention the fact that the four principle
characters all lived next to each other at one point, even though they
don’t know each other in the present? Need I speak of the fact that the
mean General Ross (again, Elliot, coincidently and conveniently
Connelly’s dad) lets his daughter go and play patty-cake with Banner
after the military has this serious threat to national security
sequestered on a military base? What about at the end when Bruce’s
daddy (Nolte), a well known mad scientist/murderer, is allowed by his
arch-enemy General Ross to go and have a téte-à-téte with his
son/life’s work 100 yards away from the nearest solider with a gun? The
whole story reads like… well, like a comic book. And therein lies the
problem.

I do want to stress the fact that the action sequences kicked ass. Far exceeding my (and everyone
else’s) expectations. Especially the part where the Hulk beats the fuck
out of four tanks. Also, the part where he piggybacks on the F-16 was
particularly satisfying. Even the (stupid, plot-wise) part where the
Hulk kills the three super-dogs that Nolte sent after Connelly was
refreshingly violent and fun to watch. Trouble is, the Hulk is only in
a third (maybe) of the movie. The rest of the time gets occupied by
silliness that was supposed to pass for a substantial plot. Including
lots and lots of close-ups on lizards, snakes and starfish, the genetic
material from which the Hulk was birthed. The movie fails so badly at
being compelling that I’m not even going to recommend getting the DVD
and skipping to the good parts. Just see it once in the theater (cause
you know you’re going to no matter what I say) and forget about it. 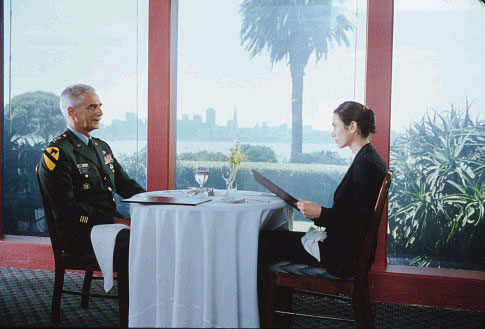 I need, need to make fun of the stupid, tacked-on ending.
The Hulk and Nolte get hit by a nuclear bomb. OK, fine. The world can’t
handle “different.” We’ve all read Frankenstein, got it. But like so many fucking movies, (Iron Giant and Whale Rider
spring to mind, though there are many others) Lee and/or studio
dickheads and/or test audiences couldn’t leave well enough alone (not
that The Hulk is “well enough”). Bruce/Hulk inexplicably
survives the atomic blast and is now working in Costa Rica/some
poor-ass Central American country handing out free medicine to the
impoverished. Fine, there is your standard liberal guilt-infused
message from a bunch of Hollywood millionaires who would sooner buy a
new car than get on a public bus. I could almost live with that, except
for the fact that what if Banner gets stung by a bot fly or something
and then smashes the fuck out of the village and the poor denizens who
dwell there? Uh… Nice message assholes. Fucking stupid.
>