Based on the book by Michael Cunningham

The primary cause of female depression, angst, and suicide throughout the ages is a failure to lick an adequate amount of pussy. At least that is the lesson I learned from The Hours, an overblown, self-important slab of nonsense that seems, at the very least, designed only as a prestige picture in search of awards. The cast – from Meryl Streep, Nicole Kidman, Ed Harris, and Julianne Moore – is top notch to be sure, but none of them are given anything interesting to do (or say) and we are forced to endure nearly two hours of moping, flowing tears, and longing glances at the missed opportunities for eating pussy. We never learn anything about these troubled women, even Virginia Woolf, who is, in this film, nothing more than a fake nose, frumpy outfits, cigarettes, and a melodramatic suicide. The way Woolf’s death is presented, it is as if she had been waiting her entire life to leave it in such a way. Narcissistic blowhards cannot simply fade into that good night; they must die in a manner that achieves the status of legend. What’s more, the woman seen walking into a stream with rocks in her pockets remains as uninteresting and unknowable as when we first glimpse her (unhappy, of course). As such, her death (apparently as an act of self-sacrifice for all heroic lesbians everywhere) is the emotional equivalent of one of those Star Trek red shirts. It’s a shame and all, but there are thousands more just like her waiting in the wings.

Meryl Streep plays a character in the year 2001 (yes, this is a film where we see characters in different contexts of history, all in the hope that we see the connective thread between them), and she is preparing for a party given in honor of her dying ex-lover (played by Ed Harris, channeling William Hurt from Kiss of the Spider Woman). He is a typically self-involved poet, making grand gestures and believing that every word coming from his lips must be packed with literary weight. She once loved this great man you see, and has since become a tortured lesbian. She licks pussy with the best of them now, but she cannot forget that one summer years before when she had a throbbing cock in her ass (films like this always have a “summer years before”). Streep’s section of the film is cloudy at best, and even when a daughter (from a sperm donation) is thrown in for color, I couldn’t ascertain what the hell was going on. She is clearly masking a great deal of pain and agony, but the film never provides any clues. Normally it is preferable for a character’s issues to remain beneath the surface, ripe for discovery, but I am simply beyond caring about a woman who simply cannot get over herself. After all, she is a book editor, lives a grand life in New York City, and appears to have it all. If that isn’t enough, my dear “oppressed” little bitch, I have no use for your tears. Yeah, it’s tough at the top. 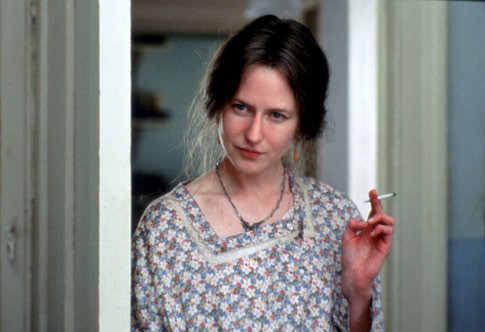 And don’t get me started on the Julianne Moore section of the film (which takes place in the years following World War II). Moore is preparing a cake for her husband’s birthday (he is played by the champion of well-intentioned losers, John C. Reilly) and has no aptitude for cooking, thereby sending her into a suicidal depression. A friend comes over during this breakdown, reveals that she has cancer, and is the recipient of a passionate kiss from Moore. There it is, you see. If only Moore’s character would give in to her sexual urges, all would be right with her life. Is the film saying that dicks are the source of all evil in the world? Well, yes. No evidence is offered, other than the fact that these three privileged women feel trapped by affluence, loving husbands and partners, and people who care for them. When love and success are seen as suffocating, it’s time to follow Woolf’s lead. If this ain’t enough girl, you ain’t ever gonna be happy.

It turns out that Moore’s character was the mother of Ed Harris and so she visits the party (which turns into a wake after Harris jumps out a window in one of the few instances where a character could read my mind as to what I wanted him to do). Moore’s aging makeup is unconvincing at best, even more so when we realize that her character would have to be at least eighty years old for the chronology to make any sense. So there it is. Women are the martyrs for us all, suffering in silence as they bake our cakes, buy our flowers, and prepare our parties. They are simply not allowed to live and grow in a world that conspires to keep them from achieving multiple orgasms. Since the most offensive creature in the universe appears to be a lesbian, women must live lives of inauthenticity, repressing their true desires to munch away unmolested by tyrannical men. I am not offended by any film, even when it contains a dubious message, but may I draw the line here? Are we to blindly accept the notion that deep down, all women want to eat pussy and instead of forcing them to get married, have kids, and take loads in the face, we should pack their bags, stamp their tickets, and let them leave us forever? 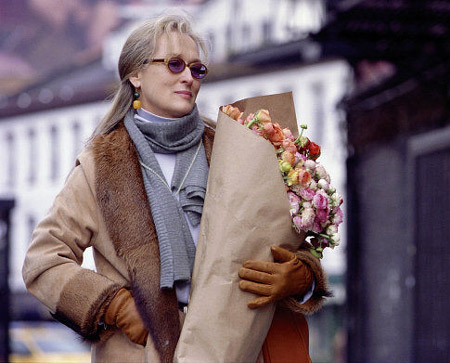 In sum, do not be fooled by all the talk of Oscars and “depth.” This is, at bottom, a shallow, manipulative film without any merit whatsoever. You will be bored to tears when you aren’t frustrated beyond belief, and if the true test of greatness is whether or not a film has established rich, absorbing characters, this film fails on all counts. Having poetry, AIDS, lesbianism, suicide, attempted suicide, and cancer in a film might make it sound “important,” but nothing could be further from the truth. Such tricks might cut the mustard on Lifetime or the Oxygen Network, but thinking people everywhere will see through this naked attempt to present women as the most afflicted group of people on the face of the earth. Still, if eating pussy is the key to our salvation, we’ve all got a long way to go.