Home / Reviews / Books / UNDERNEATH IT ALL – TRACI LORDS

UNDERNEATH IT ALL – TRACI LORDS 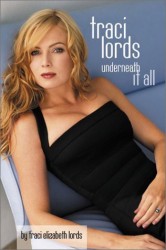 It is this reality that leads me to believe that more than an
opportunity to “heal,” this memoir is yet another slick business move.
If any theme resonates from the book it is a driven careerism; an
unending push to secure public exposure. That Lords has kept her porn
name as her legal identity is a bit odd given her alleged desire to
erase the painful past. Born Nora Kuzma in Steubenville, Ohio, Lords
lived the stereotypical life of any woman who ends up chugging cock for
a living. Her mother was irresponsible, her father was distant and
eventually left the family (not before beating Traci’s mother within an
inch of her life), she was raped at age ten, and to top it off, was
molested by her mother’s live-in boyfriend. I do not dispute Traci’s
story, but it is the stuff of melodrama and as such isn’t the most
compelling read. Nothing about Traci’s rough childhood surprised me and
given what she went through, a life other than that of porn star would
have been unbelievable. Traci’s mother finally moved the clan to
California, where Traci ended up in the adult film world after
answering an ad for a “model.” Lords was an instant success, securing
numerous jobs in skin mags and eventually landing the coup of coups —
the centerfold gig in the same Penthouse issue as Miss America Vanessa
Williams. 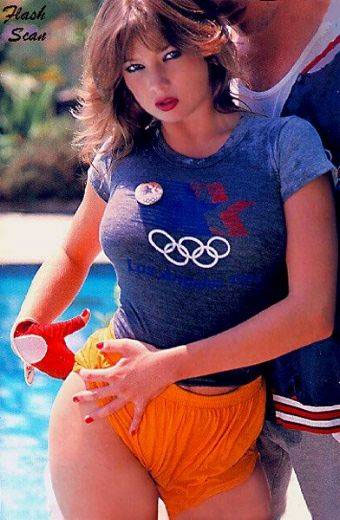 And Traci might fancy herself an “artist,” but having a desire,
no matter how strong, does not make it so. Yes, she has gone legitimate
in that loads no longer coat her face, but B-movies and cheesy alien
shows are hardly Shakespeare in the park. She is still a novelty like
Elvira or Ed Wood — a pop culture curiosity who has no real talent,
but someone we’d still like to watch now and again. And now that Lords
has become a recording artist in addition to her acting, well, is that
not all too typical of American life? Musician, actress, author, poet;
why not politics or brain surgery? I have a deep resentment of those
who believe they can have it all and “be” something merely because they
have the will. Lords continues to trade on her sexuality and this book
is nothing more than a desperate attempt to keep the fires of publicity
burning. Lords is very sexy to be sure, but such appeal fades with
every statement she makes about the “pain” of her upbringing. She might
appear at book signings, on Larry King, or even NBC’s Dateline, but she
will never be mainstream. For all those who have seen her take it from
behind, it is a nightmare more hideous than the techno-pop she now
performs. She might work with John Waters and Francis Ford Coppola (who
produced one of her shows), but she will always be that 15-year-old,
wide-eyed innocent who knew her way around a nutsack.

Still, despite the overall tone of regret, the book will
interest anyone who wants to relive the 1980s. From references to
Poison and Guns N Roses, to the Meese Commission (who eventually raided
Traci’s home after watching her for two years) and unhinged hedonism,
the ride is a fun, if familiar, one. Lords is certainly not the
greatest writer (the prose is matter-of-fact and earnest, but lacking
any real style), but she does an adequate job of getting her points
across. Given that everyone who has ever appeared on camera or recorded
an album has seen fit to tell their life story, Lords’ contribution is
no better or worse than the others. Underneath It All follows
the tried-and-true formula of the Hollywood celebrity (rise, fall,
redemption), but it isn’t boring. It’s a quick and easy read that won’t
win any prizes, but will serve as a well-earned break between your more
ambitious summer reads. So yes, Traci has been abandoned, abused,
humiliated, betrayed, screwed over, and after it all, is “lucky to be
alive” and at bottom, “a survivor.” Whatever. Just show me your tits
one last time.