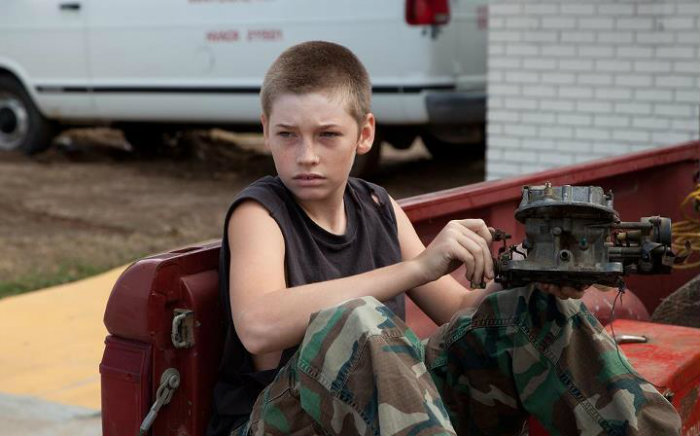 Question 1: Is Matthew McConaughty Shirtless in this? A: Of course he is. Shirtlessness is a stipulation of all his films.

A characteristic of mine is the ability to perceive the better within the good. In this film I witness the Twain between the reeds, although this is not the story that Twain could tell of the Mississippi river. But it’s still a good story, and a good choice for the patient cinevore, one who’d prefer an amble to a sprint.

Ellis (Tye Sheridan) and his good buddy Neckbone (Jacob Lofland) are river folk living in houseboats in Dewitt, Arkansas. One morning while exploring an island in the Mississippi river, they find a large cruiser boat suspended high in the trees. Living in that boat is a grizzled, dirty McConaughtey, this time referred to as ‘Mud’.

Mud is Texarkana shaman and sham-man, all superstition and Biblical allusion. He’s hiding from the law and waiting for his love to rescue him. Is Mud more like Slave Jim (from Huckleberry Finn) or Reverend Harry Powell (Night of the Hunter?). Is he Adam or Lucifer? One of the motors of the film is the ambiguity of Mud’s nature as hero or villain.

Ellis and Neck bargain with Mud, first to supply him with food, and then to help him rebuild the boat, that he might escape to freedom. But Ellis’ parents are divorcing (Sarah Paulson and Ray McKinnon). There are high school dating intrigues (Bonnie Sturdivant). There are mysterious recluses and weirdoes (Sam Shepard, Michael Shannon). And most of all, there is an army of bounty hunters and hit men descending on the small town (most notably, Paul Sparks).

The mark of maturity is the realization that everyone has a moment to lie, but also that the moment of deceit is not necessarily the mark of constant dishonesty. This film applies a very smart script formula: take the high school kids as noir detectives formula that was used so brilliantly in the film Brick. Apply said formula to the tropes of the Southern Gothic- trailer trash femme fatales (Reese Witherspoon), untrustworthy authority figures, sweat and grime.

Matthew McConaughtey does a decent job. He plays his hobo in an understated yet charismatic fashion. Tye Sheridan (Ellis) does a very good performance for his age, utterly believable, taciturn and perceptive yet also naive and vulnerable. Jacob Lofland is a wonderful deadpan foil for Sheridan’s performance. I found Reese Witherspoon’s performance as Juniper to be derivative of and inferior to Christine Ricci’s Rae from Black Snake Moan. Michael Shannon as Neckbone’s redneck uncle is amusing. The standout supporting performance is Ray McKinnon as Ellis Senior, the unemployed and desperate father of the protagonist. He truly inhabits the roll, creating an authentic portrait of the emasculated pride of the surplus America.

Rookie director and writer Jeff Nichols turns in an encouraging though not revolutionary sophomore film. His cinematographic style is heavily influenced by Rian Johnson (Looper) and Terence Malick, though he doesn’t really match their visual poetry. Lots of lovely shots of the river and the boats and the dilapidated houses that really allow the setting to establish itself as a character in itself. Best of all, the film is not completely predictable, and narrowly manages to avoid rank sentimentality. In the hands of lesser director, we’d be left with merely another boys summer adventure film. But Nichols has the nuance and editing chops to let the cast and the setting achieve a measure of verity, and subsequently, effect. Some plaudits to cinematographer Adam Stone as well. I expect good things to come from this director in future projects, but I don’t expect him to change the world of cinema.

First of all, the set dressing team did a great job with the props and set design. The rust, the faux wood paneling, the gritty t-shirts of punk rock bands- the interiors and the exteriors all look terrific. The makeup team (led by Carla Brenholz) did a good job capturing the grime and grease and plausible bruising of the cast- almost nobody in this film is clean or well groomed.

Surprisingly, there’s a lot of Warren Ellis songs on the soundtrack. I thought I was hearing Drive by Truckers. The music works well where it’s used, though the string based original music is forgettable- but I gather that it was meant to be atmospheric rather than thematic. 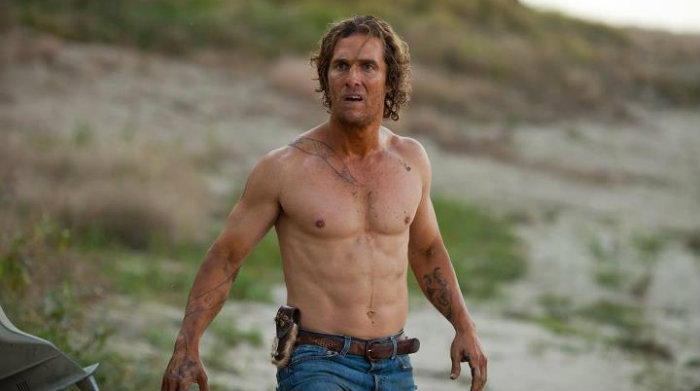 I’d recommend this film especially for the aficionado of the Southern Gothic oeuvre. It’s not a classic or a touchstone of the genre, but it’s a solid entry with no major flaws. I imagine that the success of Beasts of the Southern Wild helped to get this film green-lit. I am glad for that, and I reckon Mud to be one of the best amongst this pending boomlet of Hillbilly Deluxe cinema.

This film is probably too languid for the adrenaline junkies. But for those that are weary of being blasted by the THX thunder, blinded by the CGI enhanced lens flares, and who don’t want to spend a movie falling through the plot holes that are wider than pot-holes, Mud is a well constructed leisure cruise of a film, underpinned by a nice steady boil that finally snaps into a crisp suspense.

Fair Value Rating of this Film: For most people, $17.00. For fans of Southern Gothic movies, $25.00- this is a very good movie for a southern gothic movie night, and a good addition for your collection. For people who lack attention spans, $11.00- no ‘splosions and little violence for you here.