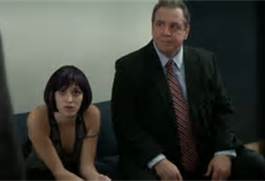 What the fuck, man. Why so upbeat? This isnt like you. Shouldnt you be depressed?

Redbox, home to more direct-to-video atrocities than any single location on planet earth, has at last made its mark. Among the soaked-in-bile adventure yarns, faux horror tales, and last stands for any number of has-beens and never-weres, sits the most unassuming movie Ill ever encounter during this Shithouse Summer. Cute as a button, honey-sweet, and shy as all get out, it twirls its little ol curls around its finger, daring passersby to spend that $1.30 for the most deceptive DVD ever released in these United States. More than false advertising, it just might be the greatest, most wonderful fraud ever perpetrated on an all-too-gullible public. Even a little research feeds into the deception; after all, wasnt this a Lifetime premiere? And wasnt there talk of love and faith and redemption? Set all of that aside, brother, and prepare  though not for boredom, frustration, or a long nap. Instead, The Preachers Daughter is one of the most anti-Christian diatribes of the decade. Perhaps ever. It makes the Piss Christ as innocuous as a basket of kittens. It not only gives Jesus the finger, it first dips it in excrement. It burns a hundred Bibles atop an aborted fetus. It shakes its unshaven pussy while blowing the Pope. Why, it even..

Okay, okay, I get it. Surely this cant be as good as youre saying. More Shithouse hyperbole, I presume?

You tell me. The Preachers Daughter, among its many virtues, argues in bold, screaming tones that if you are raised on religion, you will fuck. Without protection. And then youll consider abortion. Failing that, youll swallow pills, make the baby go bye-bye, and you wont give two shits. Youll seduce  and all but rape  the boyish pastor who doubles as a voice coach, even losing your virginity inside the church where your daddy preaches. Youll dye your hair purple, take drugs, get arrested, shack up in a motel, and even befriend the local goth girl who, like, says fuck a lot. Youll admit that prayer doesnt work, doubt God entirely, and cum like a call girl while staring straight at a picture of Christ himself. Youll fall in love with dudes who sport facial hair. Youll smoke and smoke and smoke and caress each cigarette like its the devils own shaft. Hell, youll even wear a tube top while getting as high as the heavens. 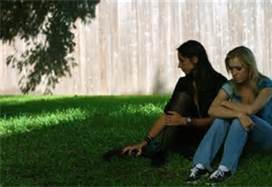 All because she was brought up in a good Christian home? Surely not.

Oh yeah? Then why does our girl Hannah, the moment she is exposed to Rachel, the goth girl, jump tits-first into the pool of sin? And every single Christian in this film is a fraud and a liar. Neal, the voice coach, is married with four kids and he STILL leans in for a kiss that leads to a fuck that results in a pregnancy. The small Texas town, as compared to the Houston that opens the film, is NOT a haven of love and kindness. The residents gossip, judge, and use something called a prayer chain to track every last mans movement like some sort of East Texas CIA. All of the Christians are depressed hypocrites, and the goth whore is the only one showing any signs of life. And while Hannahs shitty, overprotective upbringing leads to a near-overdose, the despised Rachel, herself the product of a broken home, graduates from college.

So when did you know this wasnt going to be a predictable tale of a bad girl gone good?

When Mama White (even the last name is damning) spits, The schools today are so devoid of Godits why we home school, that was arguably the turning point. Through body language and tone, I could sense that Hannahs mother  and whole family  was an object of ridicule, not blushing admiration. And when Rachel, despite her appearance, turned out to be so nice and normal, even though she commits a sin against Texas by shunning both meat and football, I sat up a bit more. Redbox, against the odds, had turned revolutionary. 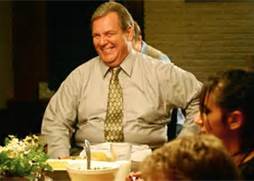 Shes chubby and clammy and loves to cook, so yes indeed. And if theres a truism worth passing down, its that when tyranny arrives on our shores, it will come bearing fresh linens. Ive seen over 5,000 movies in my day, and not once did a sympathetic figure ever set newly scrubbed sheets and towels on someones bed. Its how they get you. And while its clear she bleeds for her family, the brief homeschooling scene shows her to be defiantly doltish. Shes out of her depth and would likely benefit from the sort of sex first banned in Bowers v Hardwick.

Surely, though, your excitement was tempered by all those hymnals?

Not even close. The film, in addition to arguing that Jesus is the death of fun, reinforces the long-held belief that all Christian music speaks to the Christian need to bed the Messiah. Youre the glory of my longing, she moans, and the glory of my tears. Nipples hardening, she finishes: Youre the glory of my loneliness, that seemed to last for years. So for all the effort to cleanse the soul of sexuality, Christianity in fact accomplishes the exact opposite. And no wonder ennui and disgust set in once Christians do begin their clumsy, orgasm-free adventures in the sack. Who could possibly measure up to Jesus? Bearded, unemployed, and a fiery radical, hes like a desert James Dean. Hes the guy you bring home to mom in order to send dad into a rage. And when Pastor Paul from your neighborhood cant sing it like the master of the universe, you turn suicidal. And so the hymnbook turns into a grand declaration of lust. A soaked netherworld of hope and unrequited desire. Hannah knew this from the start, which explains being penetrated by a man she believed spoke to God. Lets also not forget that it was Hannah who insisted that she be fucked within earshot of the baptismal pool. 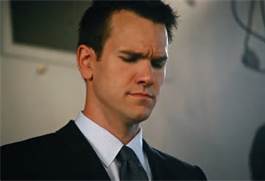 Youve lost me. So Christian women do like sex?

Yes, and every last one of them pictures Jesus during the act itself. Or their fathers.

Tell me about the guy named The Garden. He seems cool.

He is, and he makes a more than convincing case that drugs are Gods greatest gift to mankind. By films end, he also has Hannahs brother on board, ready for a life in direct opposition to mom and dads teachings. Hes charismatic, witty, and truly free, while all the do-gooders have the appearance of wanting to slit their wrists.

You mentioned an abortion. Could you elaborate?

As stated, Hannah is impregnated by a man of God, and he encourages her to kill his unborn child because it would ruin his life. A man of the cloth is still a man, and without exception, all men hate children. Especially their own. Filled to the brim with truth serum, all fathers would admit that had they the ability to do it over again, they would drug and club their wives and abort everything not nailed down. Kids are a chick thing at the end of the day. So while Neal roars for termination, Hannah changes her mind at the clinic itself because of that damned maternal instinct. Also, I had no idea East Texas had abortion clinics, but apparently theyre surrounded by fat, ugly, unpleasant pro-lifers. She leaves, but within days, swallows happy pills that nearly kill her in the bathtub after she bleeds out. Two messages here: safe, legal abortions are as holy as the gospel because the alternative leads to death. Still not convinced of the films leftist tilt? Why then present all people who oppose abortion as greasy pigs? In mind and body? Redbox is more liberal than our own President, for chrissakes. 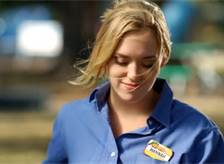 But I bet Hannah comes around at the end. Its a Lifetime movie, is it not?

It played on Lifetime, but was not made by Lifetime. As such, Hannah does not change during the final act, and while she shows she might forgive her father, the fact remains that she believes it is her father who has sinned. She killed a fetus, inhaled drugs, got numerous tattoos, and came long and hard where little boys and girls read the Bible, but at no point asks to be forgiven. Dad is at fault here, and the blood of the innocent is on his hands. A pastor leaves town in shame. Prayer fails again and again. Church sends people into comas, not better lives. Hannah even screams Fuck guilt! in a house of worship. Love this girl! As a cherry on the sundae, she shouts, If God doesnt like what he created, then screw him! Director Michelle Mower now has my attention.

So what the hell, Redbox released a four-star modern classic?

No, not at all. The film is shit. Poorly acted, lamely plotted, and predictably scripted. It remains a Shithouse butt nugget through and through. I simply admired the message. Preachy pabulum cuts both ways, and Im still fighting mad I wasted my time. But I like films that feature abortions, especially when theyre guilt and consequence-free. And as I get older, I find myself more and more attracted to chicks with purple hair. Above all, though, Ill support any form of art  movie, book, painting  that believes when the curtain is drawn, the cross is most often used to get pussy. Trite, perhaps; as old, even, as Elmer Gantry, but when it comes after a visit to Redbox, that much the sweeter.