Play Misty for Me: Movie Review

The Hollywood record tells us that in November of 1971, Clint Eastwood made his directorial debut with the release of Play Misty for Me. What the official story doesnt tell us, however, is that at some point during filming, the Man With No Name lost his shit. For whatever the movie is  and well get to that shortly  it just happens to contain the most inexplicably surreal sequence ever featured in an Eastwood production. Approximately seventy-five minutes in, cued up by the soundtrack splash of Roberta Flacks The First Time Ever I Saw Your Face  a slow dirge of a ditty that approximates a zombie walk through molasses  a scene unspools before us of such sublime ridiculousness that its all we can do to make sure we havent been stricken by bilious fever.

As the hallucination takes hold, and the film stops dead in its tracks, Eastwood (as Dave, a jazz radio station DJ) walks along a beach with his girlfriend, Tobie (Donna Mills). Soon, the couple is kissing, cooing, and slow-dancing before giant sequoias, an oddly uninspiring date capped off by moss-covered intercourse in a thicket. The sex is lacking all eroticism, becoming little more than harshly edited limbs entwined as if reborn as a fleshy pretzel. Before our eyes and ears can make sense of the madness, Dave and Tobie are upright, naked, and nestled beneath a particularly anemic waterfall. Playing out over the length of a song heretofore unknown to be endless, the lovemaking is pitifully rote, as if Eastwood had channeled the eras feminine hygiene commercials for inspiration. 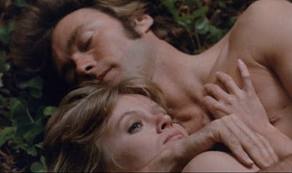 So why did Eastwood do it? Why did one of the nations undisputed icons of masculinity succumb to such head-slapping sentimentality? What happened to the squinting devil who took what he wanted, with little regard for the opinion, let alone the identity, of the conquest? The only conclusion any honest critic can offer is that with Play Misty for Me, Eastwood is making his grand statement against feminism. Released the same year as the culture-shifting Dirty Harry, a film that bludgeoned the Bill of Rights in favor of raspy one-liners extolling the virtues of lawless vigilantism, Misty further restored the nether regions of the emasculated male by arguing, quite convincingly, that the womens movement had so torn asunder a females understanding of gender roles that only savagery disguised as self-defense could restore order.

So while Dave led Tobie to believe that the new man actually enjoyed picnics and small talk and lovemaking before woodland creatures, Evelyn (Jessica Walter) was waiting in the wings to inflict the heinous legacy of Betty Freidan. You see, Evelyn is all about initiating contact with the male of the species. She is aggressive, forthright, loose, and all-too-willing to give away her body without consequence. As such, she is the face of equality as defined by the smoke-filled rooms of Ms. Magazine. Men no longer call the shots in the dating world, and when the phone rings, hed better pick up. To underline that point, women like Evelyn will show up unannounced whenever the hell they feel like it, and all attempts at contradiction will be met with rage, mockery, and ultimately, unchecked violence. The ladies arent going to wait around anymore for approval, and rejection is tantamount to oppression. 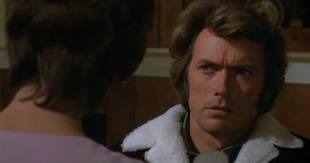 The most curious aspect of Evelyns character is that she lacks all definition, proving her position as a stand-in for all post-liberation femininity. She is rootless, groundless, and attribute-free, save her relentless drive to fuck and flirt on her terms. In a more unconscious time, women sat numbed by their inhumanity, springing to life only when prompted by the male gaze. Like a chrysalis, these budding creatures remained sheltered and sequestered, undefined until permission was granted. Now, bras defiantly burned, with kitchens sitting empty and children roaming the streets (if they hadnt already been aborted), women asked the questions, and the answers were rarely of any import. The female wanted her rights, her orgasm, and above all, her sense of self. This could only be accessed by downplaying, and ultimately eviscerating, the very same in men.

True freedom, as we know, is only for the brave, and women of the early 1970s proved ill-equipped for the task. Forsaking spatulas and vacuum cleaners, they selected assorted knives and sharp scissors in their stead, believing men could now be dispatched without thought for who might supplant the lost ingenuity and revenue. The mantras of a movement were soon replaced by the howls and cries of unhinged murderousness, with the occasional half-hearted suicide attempt to distract from the ultimate goal. Eastwood, as we know, would only allow for his own passivity and weakness if it served a nobler, post-release purpose. Its his mission statement; a clarion call to prevent the looming unconditional surrender. The American penis had become flaccid, yes, but it wasnt entirely useless, despite Evelyns tactical victories. 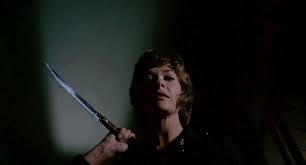 Fortunately, despite the lapse of judgment regarding the lyrical interlude, Eastwoods film is an effective, tightly wound exercise in slow burn. We know where its going, but all agenda-driven pieces rarely traffic in the element of surprise. Throughout, Eastwood plays Dave as highly sexed, but a lothario utterly baffled by this new kind of woman. He tries to be blunt, growling that he needs to be left alone, but its 1971, baby, and men just cant love em and leave em like they used to. The meaning of sex has been elevated and if youre going to express yourself in the bedroom, it can and will be used against you in a court of law. And if the Evelyns of the world confuse sex for love, thats your problem, not theirs. As you sow so shall you reap. Evelyn is humorless, one-dimensional, and incapable of nuance, but that, says Eastwood, is what feminism has done to us all. A joke is rape, a stolen kiss the handmaiden of tyranny, a night in the sack a commitment for life.

As the ante is upped again and again  and Dave fails to understand why she wont just go away  the most telling attack yet unfolds. Having destroyed Daves apartment (the new woman knows that to hurt a man is to hurt his stuff), she lays in wait, cutting and breaking with feverish intent. Instead of Daves arrival, however, Evelyn is greeted by his cleaning woman, which is so like a man because his place is no bigger than a motel room to begin with. This symbol of domesticity  further defined by her being a woman of color  is brutally and swiftly attacked by Evelyn, not because she poses a sexual threat, but in fact, due to her tenuous hold on the past. Evelyn has no interest in taking care of anything, and the cleaning ladies of the world must be dispatched as effectively as the men they serve. Its her ultimate declaration of war, and one of the last, most desperate acts before Dave commits to his owned armed offensive.

It should surprise no one that what brings Dave full circle is the kidnapping of his girlfriend, an act that forces Dave to adopt a more traditional identity as rescuer. As Tobie sits helpless, facing certain death at the hands of Evelyn, Dave accomplishes what not even law enforcement could  a full reinstatement of the masculine ideal (predictably, Evelyn is released from custody after her attack on the cleaning woman because of typical liberal loopholes). The final confrontation is a battle royale, and not without its scars for Dave, though he finalizes the forces of reaction by punching Evelyn square in the face, resulting in her tumble out the window, down a steep cliff, and into the raging sea. Its a proud moment, and the opening salvo for a career behind the camera that would feature any number of rugged men jostling with ever more ridiculous women.

Whether as actor or director, few possessed the power and cultural impact of Clint Eastwood. From the moment of Play Misty for Mes release, the question was no longer of waiting around to be victimized, but rather, how will we, as men, answer the inevitable shriek? For one, we wouldnt stand for infidelity and promiscuity being punishable offenses. They were our birthright, to be engaged in and played with as necessary. And while some steam from the womens movement would retain its force into the current day, men had to stay vigilant, lest they come for us again with sharp objects in tow. Play Misty for Me is our renewed erection, blissfully on our terms once again.