Eastwood’s character perpetrates a long list of misdeeds after riding into town. Within the first ten minutes, he kills four men, rapes a woman in front of the whole town, robs, and abuses power. Good stuff. But what makes the film truly Ruthless is the Nietzschean assault on false morality and worthless people. For instance, after Eastwood forces the townsfolk to paint the entire town red, he then renames the town, “Hell.” When the preacher says, “surely you don’t mean the church,” Eastwood replies, “especially the church.” That is Ruthless. 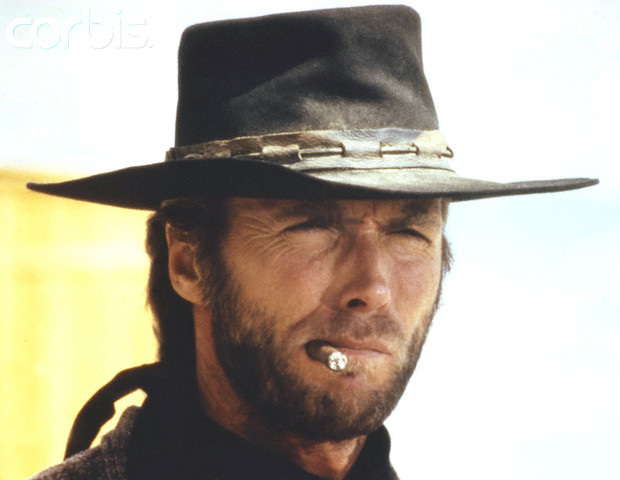 So, there are really two levels to this film and both are way, way Ruthless. One level is the unapologetic male fantasy of being the biggest orangutan ever known to the jungle. You tell men what to do and they do it out of a mix of awe and fear. You want something you take it. You want a woman, you rape her, and she likes it, only becoming angry when you “don’t go back for more.” In this film, Eastwood has absolute power and indulges in it remorselessly. All the way Ruthless.

The second level is the explosion of hypocrisy and weakness. The fact that Eastwood is taking revenge on the townspeople creates a story line set in traditional morality. I would argue, however, that Eastwood is not taking an eye for an eye, so much as he has seen through and broken free of the God-fearing, bullshit morality of the townspeople. Eastwood is at least halfway to becoming an ubermensch, dishing out retribution as well as compassion, mercy and justice as he sees fit, but never as prescribed. Again, I see Nietzsche in this film because of the assault on failed, traditional values. Eastwood mocks the church as described above and also law and order. He strips the mayor and sheriff of their power and appoints the town dwarf to both offices. Eastwood doesn’t just destroy the town, he obliterates everything the town stands for and believes in. Ruthless