WSOP: The Masses Descend On Vegas

Every year thousands of poker fools come to Vegas for The World Series of Poker. It’s mildly annoying.

The WSOP takes place from late may to early July. It consists of 62 events this year. But most people are really concerned with the main event, a $10,000 buy in no limit hold em tournament that draws several thousand entrants and pays several million to the winner. If there is such a thing as the world championship of poker, this is it.

I dont really give a shit about the WSOP in itself because 1) I dont have enough money to play in WSOP events, except the smallest ones. 2) Even if did, I dont like live tournaments, the main issue being that I cannot pay attention to anything for 14 hours a day. Also, Id hate using the bathrooms with 2,000 people all going at once. 3) Few things are less interesting to me than other poker players. Even the famous ones. It baffles me that anyone gives a shit who wins a tournament they dont play in. Its like the national spelling bee except, instead of cute kids, its a bunch of ugly guys. Fascinating!

The WSOP does impact me, though. I make some money playing in cash games and those cash games become more profitable during the series, as an vast assortment of yahoos and poker nerds from every corner of the world swoops into to Vegas.

But I dont play at very high limits, so while the games are better during the WSOP, theres not a huge difference. See, at the high limits most of the players are good and they feast one or two bad players. So a few extra bad players with money to burn is a very big deal for them. At the lower limits, everyone stinks and you make money by stinking less than the other 8-9 people at your table, who might all be losing players. During the WSOP, the lower limit players just stink more than usual.

Even this is a bit of a mystery. I dont know why someone who can afford to take a trip to Vegas to play in tournaments with buy ins in the thousands plays 1-2 and 2-5 no limit. And they can’t even win at that. Probably, they cant really afford the WSOP buy ins, but they do it as a gamble and for the experience. The usual reasons people surrender money to poker. Good motivations for your opponents to have.

Its also good time to get material for my Idiots of The Poker Room because a lot of these are people who are still under the faded spell of TV poker. Remember when poker projected a brief illusion of coolness, and everybody wanted to emulate the slick dudes they saw wearing sunglasses on TV?

It turned out that most of the cool guys on TV fall into at least one of three categories:

1) They are con men, cheaters or thieves. 2) They are actually degenerates who lose fortunes, or at least dont wind up winning anything close to the millions you were led to believe. 3) They are just nerds sitting in a circle with other nerds and playing a game that, at the end of the day, is not all that different from Magic: The Gathering.

Above all, once you watched it for maybe a year or two of it, off and on, it turned out that TV poker was pretty boring. Some guys throw a bunch of chips in the middle and one of them winds up with better cards than the other. Repeat 20 times an hour until one of them wins a lot of money. It was fun for a while, and you might still check out out once a year if nothing else is on. But televised poker has taken its place alongside Law & Order reruns, How Its Made and The History Channel on the Mount Rushmore of stuff to fall asleep to.

However, the WSOP is like a comicon for all of the true believers out there, still invested in poker heroes and poker villains. Most of them can actually remember the name of the guy who won this shit last year.

In fact, during the beginning of the series, when only the preliminary events were running I played with a guy who, amidst all his posturing, tried to drive the conversation to the results of these smaller WSOP events. At that point, the influx of WSOP tourists and online pokerplayers was just beginning and and most of the players were locals who didnt follow such matters. He berated the whole table, saying, Hahahaha, Im at a table full of donkeys who dont even know whats happening in the World Series of Poker.

In his mind, poker was a stage or maybe a sporting arena. He was there to stake his claim to fame and to do great deeds so that one day, another fool would speak of him as he now spoke of his idols. Thats when all of his investment in the mythmaking and hero worship would pay off. The Vegas locals held the foolish notion that the object of poker was to win money. 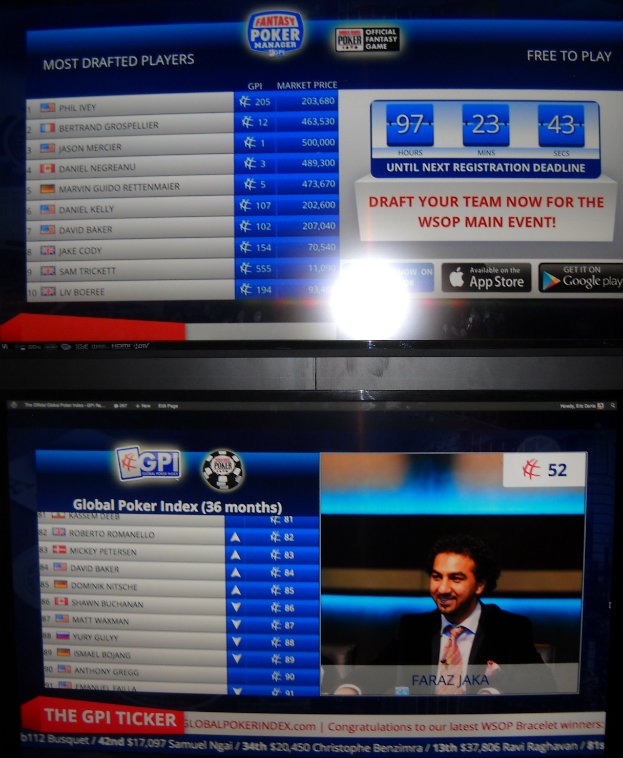 When he reached into his pocket for a dollar for the cocktail waitress, there was none to be found. He lost the money he had on the table to me. It could have been anyone–I just happened to have a big hand when he tried his ingenious bluff. But he was going to lose it to someone on most days.

Now, poker games everywhere are still populated by knobs, geeks, braggarts and idiots of a wide variety. The poker player is an odious but fascinating subspecies that Ive studied extensively. Over the years, however, practices like wearing a ridiculous costume to the table (sun glasses, hoodie, headphones, all black clothes) have died down. Not out, but down.

With the WSOP in town, all of the silliness that pervaded the early 00s goes back into full swing. Its like you walked out of your door one morning and everyone was suddenly saying things like, I really like Regis because it seems like he wants them to win.

For example you see way more people wearing poker apparel. Yep, there is such a thing. I guess this lineup of models for a line called Bustout premium poker apparel paints the picture pretty well. Obviously, theres no real need for special poker clothing, so these outfits serve the same function as underoos.

At the WSOP, companies that sell poker underoos all set up booths. Did you know that there are special sunglasses made for poker playing? Sunglasses intended for sunlessness. Theres also such a thing as fantasy poker, which is just like fantasy baseball or football except, instead of managing a team full of sensational athletes for an added element of excitement as you watch them in thrilling competition, you pick some poker player and then hope he wins a tournament.

Also, there are lots of parties, where guys who post about their fantasy poker teams on internet forums meet up. I could put any one of a hundred nerd jokes here, but I dont see any need to. Theres a lot of really pernicious and disgusting stuff rolled up in the WSOP, but thats more for part 2 of the coverage. I got no problem with poker trekkies. 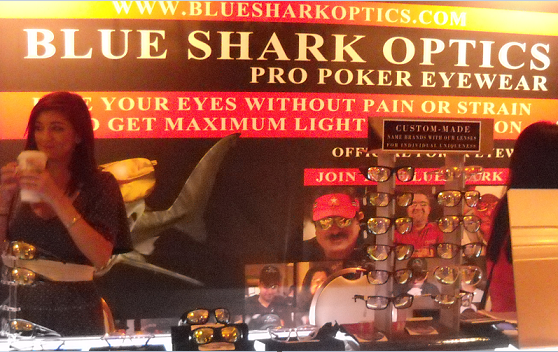 All of this shit happens, but its much more subdued than ESPN would lead you to believe. I went to The Rio in the morning to make sure I got good parking and was surprised at how thin the crowds were. Its harder to find parking at the local steak house with the best happy hour. I didnt see anybody dressed up like a wizard or anything and not that many people came purely as spectators. There were a lot of journalists, but Im sure that has something to do with a lot of journalists convincing their bosses to send them to a job in Vegas. There are zero reasons that a journalist would need to be there in person.

I played a small cash game for a while. There was nothing very unusual about it. Id normally never play at The Rio because the house takes way too much money out of the pots offers poor comps. That was changed for the WSOP. They still take too much money, but they dont offer any comps at all. One guy was dropping names of famous players he knew and prattling on about great plays he had made in the past. Id estimate that he was talking about 80% of the time he was at the table, and if he was talking he was aggrandizing himself. Sometimes by reaching down to offer his approval of how a neighbor played, other times explaining the sublime reasoning behind his own play. When he went to the bathroom I followed a minute later and beat him to death with a sock full of souvenir chips.

Before I finally left the Rio I saw a display saying that Norwegian pro Anette Obrestad was among the chip leaders. Hopefully she wins because shes a cute girl in her 20s and it would make poker more popular again for a while. Especially with women, who are generally not very good at it.