Home / Featured Posts / Grown Ups 2: An Exploration of The Text

Grown Ups 2: An Exploration of The Text 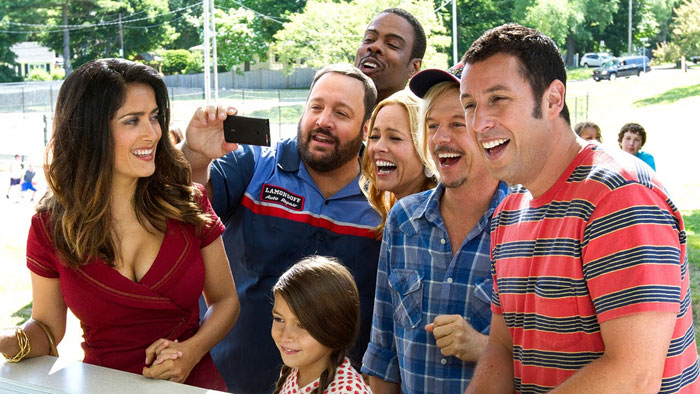 A work of emotional maturity and sober introspection that ranks among the greatest works regarding the intricacies of human nature, Adam Sandler’s Grown Ups 2 continues the essential examination of human relationships started in the first part of this moving saga. Whereas I could normally slather excessive adulation on such a work, I can only diminish Sandler’s accomplishments by using my own inadequate words. Therefore, it would be best to let his immortal dialogue and the subtle mise en scene speak for itself.

In one exchange between Sandler’s character and his adoring wife played by Salma Hayek:

Sandler: Sometimes it’s like husband and wife are talking on telephones that are out of order. (Sits on toilet, has massive ongoing diarrhea punctuated by powerful fart sounds)

Hayek: Sometimes it grieves me that I have never loved anyone. I don’t think I’ve ever been loved either. It really distresses me. (Toilet explodes, covering Hayek in liquid stool, prompting them both to vomit uncontrollably until they pass out and writhe in the fluid) 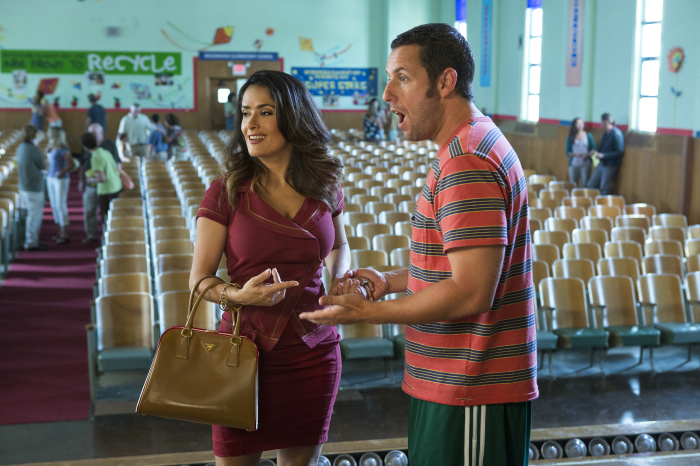 Pretty strong meat there. The way they use the time to reflect on their hopes and fears – fear of each other and themselves. They deal with their relationship by daring to discuss the truth, framed by the work of the director.

Hayek: You spoke earlier about loneliness. That bit about being strong on your own. I don’t believe in your gospel of isolation. I think it’s a sign of weakness.

(Hayek is attacked in their bedroom by a deer, which urinates forcefully in her face before the deer begins enthusiastically humping her leg)

(Deer is really into it now, and intensifies the humping as her monologue continues)

Hayek: It’s so… humbling. I think about you… and I think about myself and about the future. I can’t see how you’re going to cope without me. I don’t believe people are strong all on their own. You have to have someone’s hand to hold.

(Deer disengages in time to ejaculate several liters on Sandler’s face, landing in thick ropes that knock him to the ground, struggling to breathe) 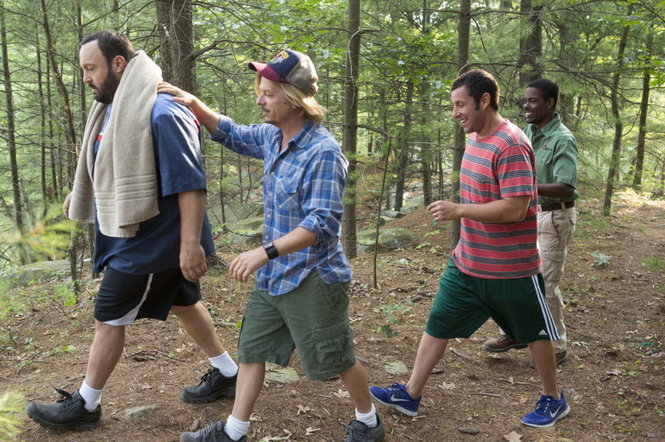 “You are not alone.” An homage to Into The Woods.

The work proceeds to examine the interactions between Sandler and his friends, who, closer to the end than the beginning, consider the road ahead.

Kevin James: I want to confess as best I can, but my heart is void. (Shits himself) The void is a mirror. I see my face and feel (Shit streams down pants leg) loathing and horror. My indifference to (As he shits, he develops obvious erection) men has shut me out. I live now in a world of ghosts, a prisoner in my dreams. (Dies)

Forget about Before Midnight. This is the finest hour of the spoken word in cinema. Catch it while you can, for such greatness is fleeting, before being claimed by the erosion of time.