Home / Reviews / Movies / THE PASSION OF THE CHRIST

THE PASSION OF THE CHRIST

Written and Directed by Mel Gibson

Let me tell you something about the story of Jesus that was left out of Mel Gibson’s epic The Passion of the Christ — NONE OF IT EVER HAPPENED. The whole concept is a fairy tale, a farce, a fantasy. God did not impregnate a virgin with His son, who then walked around collecting fanatics and performing miracles and was later hung on a cross to die only to arise three days later and ascend to heaven. That is untrue, simple fiction. To me, this movie might as well have been The Passion of the Tooth Fairy or The Last Temptation of the Easter Bunny. I really hope the Coen Brothers take my advice and make The Passion of the Jesus. Why? Aside from John Turturro getting the chance to revise his greatest character, a nonsensical sequel to The Big Lebowski, even if it were ten times weaker than the original, would be one hundred times better than The Passion of the Christ, one of the most wretched movies I have ever been unfortunate enough to witness.

I was aware that Roger Ebert had said Passion is “…the most violent film I have ever seen.” Was old Ebert wrong? Let me explain it to you like this. The scene in Hellraiser II where the guy gets convinced that he has maggots crawling all over him so he uses a scalpel to slice all his skin offthat scene has nothing on Passion. Mere child’s play by comparison. Gibson is a total fucking sadist, and his ultra-violent film is simply horrifying. I have written before about unnecessary violence boring me senseless, but this is the first time (since Hellraiser II) that I have ever become physically affected by on screen gore. The film is relentless. I can say in all honestly that The Passion of the Christ is the single most nauseating movie I have ever watched. Disgusting. Revolting. And most of all, totally unnecessary. 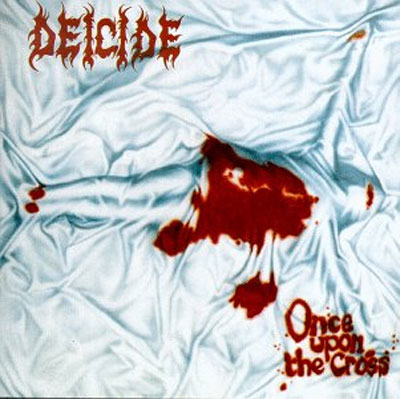 Don’t give me any shit about Gibson needing to make the film so violent in order to get his message across. Fuck that. Mad Mel is only trying to horrify simple minds into submission and obedience. There is a Deicide record called Once Upon the Cross which at one point generated loads of controversy because the cover of the record was Jesus laying on an autopsy table covered by a blood soaked sheet. Now, Glen Benton, Deicide’s frontman, is an avowed Satanist with an upside down cross carved into his forehead. Once Upon the Cross was the most shocking, anti-Christian artwork he could think of. Gibson’s film makes this record cover look like a Curious George book. Instead of having record-burning parties, Bible thumpers will probably be handing color copies of the album art out at slumber parties to educate the assembled ten-year-olds about how very much Jesus suffered and died for their sins. Just kidding, they would rather terrify and rule by fear than educate. Am I stereotyping? How Gibson-like of me.

We have all heard that The Passion of the Christ is supposedly anti-Sematic and that Jewish groups all over the country are and have been boycotting it and calling for edits in order to (I’m quoting a rabbi whose name I forget here), “prevent pogroms in Pittsburgh.” As a Jew, my thinking was that anti-Semites tend to be supremely uneducated - that there is no way a two-hour-plus movie filmed entirely in Latin, Aramaic and Hebrew with subtitles would hold their interest past the opening credits. I felt my fellow Jews and organization like the anti-Defamation League and the Simon Wiesenthal Center were over-reacting as to the potential threat The Passion of the Christ poses to Jews. Dude, was I ever wrong. See, the Jews in Passion–actually forget the Jews–the Rabbis in Passion–the high priests of the temple of Jerusalem–continually curse and beat Jesus. Worse, on at least three occasions they spit in his face. The rabbis then follow Jesus around as he is repeatedly tortured. They even ride up on Donkeys to Golgotha to watch him hang, er crucify. Too bad Leni Riefenstahl passed away last year, because she could have seen what was lacking from Triumph of the Will. But honestly, Gibson is an out and out hate-monger who also knows how to work a camera. Your IQ could be as low as our current president’s and you would still walk away from Passion with enough Jew-hatred to last until 4.20 (Hitler’s birthday).

There can be no excuse other than Mel Gibson just really hates Jews. My heart is heavy and sad at how horribly savage Jews are made to look in this film. It is disgusting. The Third Reich would have sat through the entire ordeal with erections and than applauded at the conclusion. I know that’s what John Ashcroft did. And please don’t write and tell me that I am missing the larger picture; I’m not. If this film reaffirms your faith in your religion than you are fucking ill. Like the book Hitler’s Willing Executioners, which proposes that only a country as rabidly anti-Sematic as Germany could have perpetrated the Holocaust, only a true died-in-the-wool Jew hater could have concoted this hurtful bullshit. And Gibson saying over and over again that the film is not in fact anti-Sematic is not only salt in a wound, but a bold lie. 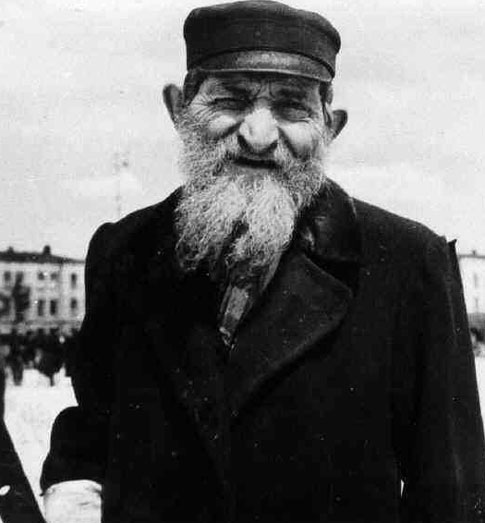 Nazi Propaganda Photo of a “typical Jew.” I included it because after searching google for half an hour I realized that there are no pictures of the Jews from Passion yet on the internet, even though they are on screen at least a quarter of the time. It is funny, since according to Mel the movie is not in fact anti-Sematic but on all of the official film sites, no pictures of these Jews exist. Anyway, above is what the head Rabbi’s assistant looked like, only he was wearing much more gold and spitting.

Not just Jews, though. Italians should be incensed, too. Monkeys were given a fairer shake in Planet of the Apes. With the notable exception of Pontius Pilate and his mistress, all the Romans were depicted as monsters. They were presented as nothing but complete and total brutes with unbound bloodlust, cruel to no end, and really to no purpose. As someone with an Italian best friend, I took extreme exception to this caricature. Italy should be pissed. Of course Italians have never been slaughtered en masse as a result of their supposed blood libel. So, as always, the Jews come away looking the worst. Of course the irony is that not only was Jesus supposedly a Jew, but many Jews (myself included) don’t even believe Jesus ever existed; alternatively, if he was a historical man he was certainly not the Messiah. Yet, for two millennia Jews have been persecuted and murdered for this very reason. It reminds me of an old joke;

It is the dead of winter in Moscow and word comes that a butcher will be getting some meat. People queue up for blocks. Four hours later the butcher comes out and says, “Comrades, I’m sorry. There is not as much meat as we thought. Will all the Jews please get out of line.” Four more hours pass and the butcher reemerges, “Comrades, again I am sorry. There is not enough meat coming. Will all those who are not members of the communist party please get out of line.” Most of the line leaves. Four more hours pass and yet again the butcher addresses the now diminished crowd. “Comrades, there is not nearly enough meat. Will all those who are not veterans of the Great Patriotic War please get out of line.” By now it is night and the few poor and crippled souls who are left are freezing. For the last time the butcher comes out and says, “My friends, I am sorry. There is no meat.” As the veterans hobble away from the butcher shop, one is heard to mutter, “Fucking Jews. They always get the best of everything.” 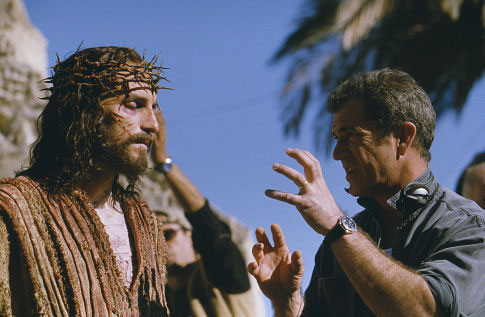 “Not me. I like to keep my eyes open, see the look on their faces
when the neck snaps.”

If you are looking for answers as to why Gibson would make such a hate-filled film about his beloved “lord,” look no further than Gibson’s father, a man who has on tape denied the Holocaust. Gibson Senior feels that Hitler and his fucktard goons didn’t kill six million Jews out of sheer hatred; rather, Mr Gibson feels that the Jews just got up and left! Not to mention that he wants to lynch Alan Greenspan, feels that the Jews and the Masons and the Catholic Church are out to form a new world order-style one-world government/religion. And while many of us don’t agree with all of what our fathers taught us, we know that apples don’t fall far from trees. My father was a good man who taught me to hate Nazis and superstition, to laugh when Jimmy Swaggart (or Benny Hill) was on TV, that America’s greatest shame was our legacy of slavery, bigotry and racism, and that all too often people use religion as a shield to mask their hate-fueled behavior. What do you think Mel’ father taught him?

Fuck The Passion of the Christ. On all fronts, it sucks. If, as Marx said, religion is the opium of the masses, Passion is the crack pipe.

I wrote this review at 3:30 am after getting back from seeing the
film. For a much more levelheaded and researched review of the film,
read what David Denby had to say in his New Yorker article.

Here’s another good one from Slate.com