Home / Rough / SO YOU THINK YOU CAN DANCE

SO YOU THINK YOU CAN DANCE

SO YOU THINK YOU CAN DANCE? 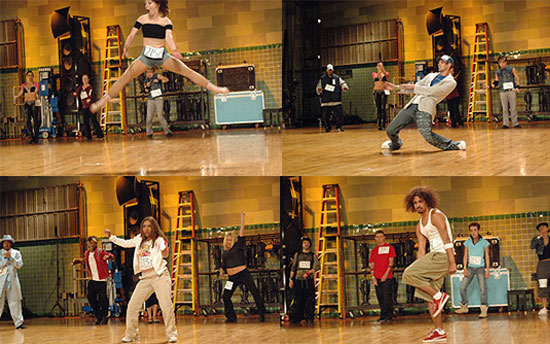 Why does Joe watch FOX so often…?

What do you get when you cross an irate, old Briton with a room full of young, desperate, competing teeny boppers? Judging by American Idol, Hell’s Kitchen and now, So You Think You Can Dance, Fox’s answer to that question is, “entertainment.” And if “entertainment” is the kind of thing that can leave me with the sincere desire to gouge my eyes out and sever my inner ears in order to ensure that I am not subjected to it more than once, then they are right. Hey, I like Simon Cowell. His ability to reduce effeminate young narcissists to tears by simply opening his mouth and being honest was the one redeeming quality of American Idol that had me tuning in once or twice per season. But given the population’s general aversion to his style, I sure as hell didn’t expect the proliferation of Cowell-clones on every new show created by Fox. If this ominous trend is any indication, we can soon to expect a host of shows incorporating a superfluous crabby British character in an attempt to boost ratings. And if Ryan Seacrest isn’t involved, hell, it might work. Er, on second though, no it won’t.

Here is the scoop on So you Think You Can Dance: the only episode worth watching is the first one. Like American Idol, the show begins with a parade of dilettantes, hacks and mega-untalented loser dorks who have somehow developed the belief that they have talent. Gobs of it. They go on stage showing off their “skills” and hilarity ensues. But once they are weeded out, the show goes from funny to serious, and I have a hard time caring about a competition involving a group of self-important amateurs.

If American Idol is any indication, So You Think You Can Dance will be another lesson in democracy, namely that the American public is too stupid to discern talent from Clay Aiken, who came perilously close to winning in season 2, and still manages to infect the airwaves as the poster child of androgynous people everywhere. People cannot be trusted with the vote, and his success (not to mention the American presidency) is proof that democracy has failed and should be replaced with a Ruthless oligarchy. Oh, the show? It sucks.