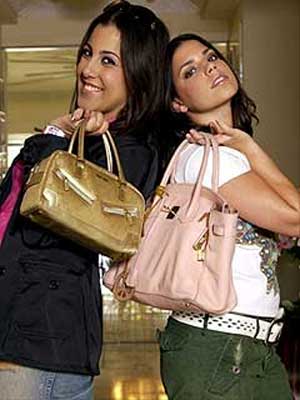 *The Worst Yet From MTV*

“The rich are not like you and me,” F. Scott Fitzgerald once said, and this before he had the opportunity to view MTV’s new “reality” show Rich Girls. Had Fitzgerald lived to see this latest attempt to extract entertainment from the comings and goings of the decidedly dull, there is no doubt that he would have modified his comment to include the phrase “?and as such we should slit their motherfucking throats.” Few shows (and this is just the initial episode!) have been so obvious in their contradictory desires, although MTV is notorious for pushing an agenda while simultaneously undermining that agenda with conflicting images. For example, MTV would pride itself on racial tolerance and diversity, but I have yet to see a black man appear on the air who wasn’t an illiterate misogynist, or some other gross stereotype. Here, MTV is clearly fanning the flames of class envy, showing the lives of young people who do not work, spend their days shopping, and for whom a major crisis is whether or not an upscale spa allows dogs. Yet, despite the glamour, MTV seems to be winking at its audience and showing that indeed, the wealthy are a rare breed; not only different, but inferior and silly. By displaying the shallowness of the upper crust, MTV can adhere to its pseudo-populist stance while continuing to promote (and profit from) the idea that middle-American yokels in Iowa must strive in vain to be beautiful and rich or else feel the sting of rejection. (It’s like Bill O’Reilly screaming that he’s “looking out for you” while tucked away on his remote estate.) Yes, dear readers, that is why MTV is the tool of the devil.

The two young women we meet on the debut installment of Rich Girls are named Ally Hilfiger and Jamie Gleicher. Both are not particularly attractive, which makes it even more offensive that they are treated like queens in our midst. It is one thing to slobber with deference over a hot babe with a healthy rack, but quite another to kiss someone’s ass merely because she has a fat wallet. Obviously, these girls are the epitome of vapid vulgarity; whining in limos about the “necessity” of thousand dollar prom gowns and treating $500 shoes like disposable sneakers. From all appearances, these women do nothing but spend the money someone else has earned, moving from store to store in a tornado of giggles, toothy grins, and bitchy vanity. Nothing of consequence comes from the lips of these twits, except to reinforce the notion that money can buy everything but class and intelligence. It might be a clich& to argue that leading a sheltered life of privilege leads to moronitude and narrow-minded selfishness, although there are enough wealthy folks who can debate and think with the best of them. In the past, the children of high-profile elites often went into public service or worked tirelessly for charitable foundations (the Kennedys and Rockefellers are prime examples). Now they are content to ride in comfort from one party to the next, relax while their hair and nails are done, and sleep the days away in air-conditioned comfort. How very charming. 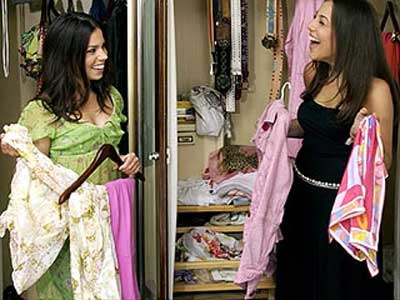 One of the most telling moments in the program occurs when Ally (or Jamie, or whomever, as they do not deserve the status of individuals) looks around at a party and declares that her friends and acquaintances are truly gifted and will all be important and famous in their own right. And this is why so many people who have never had to struggle or take chances are so insufferably boorish. In a world as small as Ally’s, it seems quite reasonable to assume that dullards and drunks are “the best of the best” because deep in her mind she knows that even if they screw up, they will always be able to fall back on a massive fortune. Or if their grades aren’t up to snuff, they can rely on legacy preferences or pop’s donation of a library to settle the bill. And it’s all relative as we know. If you are surrounded by the same people day after day without input from diverse sources (i.e. non-whites, liberals, lower class folks, those with brain matter), you have no means of comparison. It’s like believing your father to be a genius until you go away to college and discover that hey, he’s just some small-town bumpkin without a fucking clue. For me it’s similar to those people who always cite their parents as their heroes because they’ve never seen the world, opened a book, or entertained an opinion that wasn’t endorsed by the parental units. If you’re reading great literature and philosophy while touring the capitals of Europe, dad’s inane ramblings about cookouts and spark plugs simply won’t measure up.

Another telling remark is from some dolt in a prom party who criticizes New York’s Mayor Bloomberg as “not being conservative enough.” Whatever, prick. Again, this a young man who has never punched a time clock or been yelled at by an irate customer, so why exactly are we listening to his opinion on economic matters? His right-wing insensitivity is reason number one why the only just society is that which confiscates all wealth upon the deaths of those who earned it. If indeed we want to live up to America’s image of a “meritocracy,” then these little shits need to make their own way in life without the contacts and backing they had no part in securing. Advantages based on accident of birth are supposed to be antithetical to the American Way, for are we not hostile to the whole notion of divine right and royal privilege? And how conservative is it to rail against “welfare dependents” and “irresponsible louts” who aren’t willing to pull themselves up by the proverbial bootstraps, and yet expect checks every month from mom and dad? Ah yes, rugged individualism for you, my dear serf, but I’ll coast on the sweat of others. is the true Americanism. 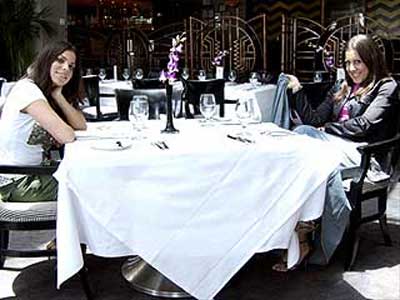 If I’ve rambled, forgive me, but Rich Girls is just the sort of television program that gets my blood boiling and pushes me to load the weapons in anticipation of a bloody revolution. I’m not so much anti-rich as I am anti-spawn-of-the-rich, because I too believe it is best to earn one’s keep. Not to say that I wouldn’t take a trunk full of cash or help bring about the untimely demise of a wealthy relative if that meant saying goodbye forever to the world of work, but at least I would recognize that I was a lazy, good-for-nothing bum without ambition, talent, or relevance. I would toast you from my penthouse apartment with the doors firmly bolted, but I would leave you with words that speak to my worthlessness as a human being. It is undue self-importance that I cannot abide, and that is what sets these twits apart from others that might be a bit more humble. Being shallow is not a crime; being shallow and thinking one has depth, however, certainly is.