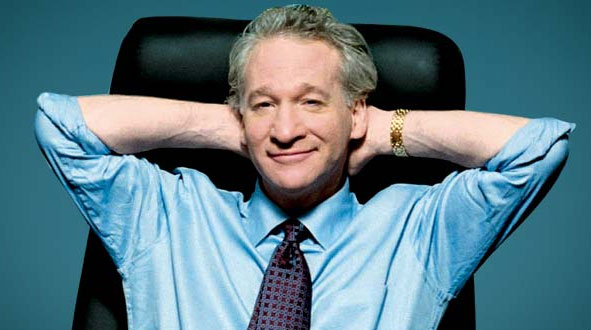 Ron Silver is out of his fucking mind. That’s the only conclusion I can derive from the season opener of Bill Maher’s HBO series. For those of you unfamiliar with Mr. Silver, he is an actor (who once played Alan Dershowitz of all people) who used to be comfortably liberal until either 9/11 scared the shit out of him and made him embrace the Bush Doctrine, or else his career was so deep in the toilet that he adopted a hip conservatism and decided to follow Dennis Miller’s lead. In either case, the man I remember as pleasant has now become hostile and incoherent, spewing right-wing mantras like he was reading from the RNC’s talking points. Joined by California Congressman Daryl Issa (the man most responsible for Governor Arnold) and Al Sharpton, Silver attacked, accused, and retched with a self-righteousness usually reserved for campus radicals. On several occasions he got into screaming matches with Sharpton, resurrecting the Tawana Brawley case from the dusty archives and using Clinton quotes to expose what he believed was hypocrisy on the part of Democrats. It was a sad performance indeed; a desperate plea by a second-class actor to be relevant once again, which has apparently paid off as both Silver and Miller will have talk shows on CNBC. This turn of events proves one thing, contrary to what conservatives believe about the Hollywood set –celebrities have no ideals or fixed beliefs; they will shift with the wind and sell out like cheap whores in order to remain in the headlines. As opposed to being monolithically liberal, actors tend to be united in their greed and narcissism; so pathetic in their need to be recognized that they will act the part of Bush’s bitch if it means a larger paycheck. As I said in a previous rant, Miller has been quite candid about his resentment of paying taxes, and now Silver has taken a similar cue from his accountant and is ready to defend the powers that be. Just make sure to quote him.

Outside of Silver’s sickening descent into opportunism, Maher’s show is as good as ever, which means that the sacred and the profane continue to be discussed with intelligence, humor, and the occasional silliness. Because the program is on HBO, profanity flies around with a wicked glee, which makes much more sense than a show called Politically Incorrect trying to be polite. As usual, Maher mixes politicians and pundits with celebrity types, which helps bring about as many dippy remarks as sharp insights. And, because the show is nearly an hour, debates can rage to their conclusion rather than being interrupted by the frequent commercial breaks that so plagued the ABC program. The format is also different, although Maher continues to insist on a usually laugh-free opening monologue, which is itself surprising given that in the two times I have attended his live show, I laughed loudly and often. He has dispensed with the closing comedian, which was an embarrassing conclusion to an otherwise fine program. He continues with the frequently on-target “New Rules” segment, which points out the idiotic and the irrational in our public arena. [Ed Note: However, “New Rules” can be very, very off target. Like when Maher suggested that an Eagle’s greatest hits record contained “all good songs.”] And he maintains the segment that showcases a brief, live-remote interview with a current newsmaker (this week, he spoke with Wesley Clark from New Hampshire). I only wish that he continued to hand out the “Get Over Yourself Award,” inspired by the Artist Formerly Known as Prince.

Maher’s show works so well because he selects provocative guests and I can’t remember the panel ever having a dull conversation. Maher is smart and witty (and clearly in control), which means that he won’t let his guests get away with bullshit. Unlike Bill O’Reilly’s show, Real Time is the true “no spin zone.” No greater example of this was demonstrated than during a show last season when Maher said to Ann Coulter what we’ve all been thinking: “You just make shit up.” For all of her interviews since the release of her revisionist screeds, no one has better captured the essence of Ann’s method of madness. And Maher simply will not be intimidated. He has his beliefs, and they are unapologetically on display, but he is fair-minded in that he blasts the idiocy of right and left. He continues to be, as he has always claimed, a standard-bearer for the truth, wherever that might lead us.