Women can’t throw. They just can’t. Everybody knows it. Yes, some of them can employ a strange underhanded windmill toss that strikes out a fellow bad driver on a softball field. That’s good for them, but your average dame couldn’t hit the broad side of Lindy West with a jar of pickles.

Note: women can’t open jars, which is why I wish I could hide my browser history in one. Figure that out, science.

Lindy is fat. Now she is not West Virginia fat, but she is fat none the less. Lindy is also a fellow internet writer. I like her stuff. It’s usually funny and well thought out, and I’m picking on her because if she reads this, her feelings won’t be hurt. She probably has pretty thick skin (which allows her to keep warm at depths of over 200 meters). She also came out and said that comedy has a rape-joke problem. This went over pretty well, since comics love to be policed and don’t have a natural inclination to be bitter towards women, and everyone stopped doing rape jokes.

Oh wait, none of that happened. Instead, comics and fans alike used loud voices to let Lindy know she shouldn’t worry because she is too fat to be raped (but it would be hilarious if she were). Now, I can’t say if Lindy has a point here because I’m neither a woman, comic, nor a rape-victim. However, not noticing the stem, I did stupidly try to sit on a pumpkin once. That was probably the closest I’ve ever come to being raped. 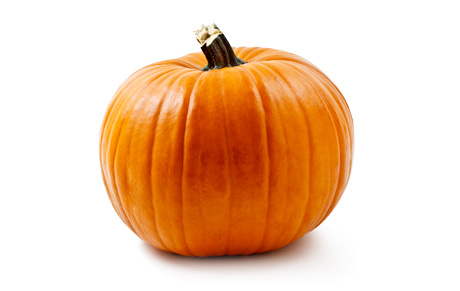 FYI: Pumpkins and jail are the leading causes in man rapes. The only difference is that a pumpkin doesn’t whisper-yell in your ear the entire time.

What Lindy illustrated is that speaking out against rape jokes will only cause more rape jokes. The backlash she received was hostile to say the least. She says this hostility is the reason why more women don’t go into comedy.

Let’s get this straight: men do outnumber women in the standup comedy world.

Is it because men are meanies who won’t give anyone with an extra hole the password to the comedy clubhouse? Is it because all the talented women choose to be nurses and teachers instead? Or could it be because women generally aren’t funny, just like they generally can’t throw, open jars, or poop without their yogurt (looking at you Jamie Lee)?

To be honest, we are not equal in every way. There are things men can do with ease that a woman struggles with. For instance, think of a woman you admire. I’ll take Harriet Tubman. She was pretty awesome. Now picture her trying to carry a microwave up a flight of stairs. She looks pretty silly, right? She’s doing it all wrong. Her hands are slipping. Now she’s trying to balance it on her hip. This is embarrassing. If it was you, your Hot Pockets would have been sleeved and spinning by now. You lost a little respect for her didn’t you?

Well shame on you, you racist, sexist, piece of shit! That’s Harriet Tubman!

Now try to forget the microwave thing and remember all the people she freed from slavery. That’s how you have to compartmentalize your brain when thinking about women.

You have to remember that we are equal until it’s time to disembark a sinking ship or push-start a truck. Now feats of strength can easily be explained away through science, but why does it feel like there are so few funny people with tits on TV (especially since Patrice O’Neal died)?

Is it because women have different brain parts or something? I doubt it. It could have something to do with the gender roles and stereotypes they’ve been relegated to. Could it be that when sharp, independent women break that mold by making their own money and changing their own air filters, they often develop a huge chip on their shoulders and end up taking themselves too seriously?

Now I must acknowledge: this is me, a straight, vanilla male who has never known struggle, discrimination, or non-pumpkin rape speculating on why half the world’s population doesn’t want to get on stage and tell jokes, and that probably doesn’t sit well with some of you ladies. I get that. Why the hell would anyone want to stand up in front of strangers and tell jokes? It seems terrifying and awful.

And yes, some men might be mean to women, but that’s no excuse. High school drop-outs didn’t quit robbing 7-11’s just because they installed cameras. You think Tim Tebow stopped believing in Jesus after watching Jurassic Park? Women shouldn’t just avoid comedy rooms because a few assholes joke about putting unwanted dicks into all their holes in a violent manner. It’s obvious that women can be hilarious. They just need to assert themselves into comedy more.

People say misery breeds the funny, and as we know, women are miserable. I don’t blame them, every month they don’t get pregnant, the unfertilized egg collapses onto itself like a dying star and a bunch of blood and goo drips out of their fuck hole while their stomach feels like they ate a bunch of un-chewed Doritos.

This goes on for like a week. And if they do get pregnant, a fleshy organism lives inside of them, making them vomit and crave ice cream with tree bark and shit like that. This creature, which will suck all the elasticity out of their tits in due time, takes the better part of a year to come out.

This thing is chilling in the far end of the dick cave just hanging out upside-down and breathing water like some kind of fucking weirdo. At least in the movie Alien, the creature had the dignity to grow up in a matter of days and then end the mother’s life instead of hanging around for eighteen more years, asking for money and to be dropped off a block away from school.

In addition to all this nonsense, they have to paint their faces, twiddle with their hair, and wear a bunch of dumb, uncomfortable crap. Not to mention all the accessories, the bracelets, necklaces, piercings. They essentially spend an hour every day getting ready to leave the house, and when they do, nobody really notices or gives a shit. Nice eyeshadow, Carol. said nobody.

Being a girl is the equivalent to dressing up like Captain Jack Sparrow everyday, but the most exciting thing you’ll get to experience is watching a divorce unfold on Facebook.

That’s why they come home, rip off their bra, throw it at the cat, then sit down and eat cake while watching women be mean to each other on TV.

And that’s where the funny comes from: The angst, the constant bodily discomfort, the diurnal face-painting game, the not having the security blanket of just being able to make a living inhaling toxic chemicals or lifting bags of cement. All these things sharpen the wit of women into barbarous bitch spears just itching to puncture and destroy anything that gets in their way. And that’s why I love them.

So to help women, I’m going to list three ladies who are already adept at being in front of the camera.

These ladies are also becoming increasingly silly in their chosen professions. If they converted to comedy, their careers could be revitalized, while bolstering the female role in standup. It’s a win/win. I’m going to write a few jokes for three women who I think would make great standup comics. Paula Deen, Michelle Bachman, and Nancy Grace: you have permission to use my material, free of charge, for the benefit of women everywhere.

That’s Raght! Now we cookin wit buttah! Whoo! All my big girls in the house make some noise! (Paula paces and smiles while accepting applause) Ladies, I’m not even gonna lie, my butthole is blowed out.

Now I’m just a simple woman with a simple life, and there are certain things I can’t understand, like why white people can’t say the n-word but Puerto Ricans can?

Next time I wanna say the n-word, I’m just gonna shave my head and tell everybody I’m that rapper Fat Joe and then just hard ‘r’ that shit into a bullhorn for ten minutes straight.

Now I won’t leave yall without a recipe, so before I go, I’ll drop one of my famous dishes. I cook me up a big pot of grits, then I sprinkle a little bit of brown food coloring in there and then serve them out a little pinata. I call them…. immi-grits! My name’s Paula Deen yall, and that’s my time! And remember, keep cookin wit buttah!

I just don’t know what to do with my husband ladies. He is gay. How gay? Let’s just say he can’t eat a banana without kissing the tip before every bite.

Back when I was in politics, crusading against homosexuality, Marcus was sucking the prostate out of one of my interns.

Seriously, he literally did that. I got wind he was cheating on me, so I busted in his hotel like OJ Simpson trying to get his Heisman back. You haven’t lived until you’ve seen your startled husband spit out a juicy prostate onto the carpet of a Ramada. Then, the intern was freaking out with a bloody dickhole, so Marcus picked up the thing with his teeth, put his face between the guy’s buttcheeks, and blew it back up his ass.

The intern was fine, good thing too, because if we would have taken him to the hospital, Obama’s death panels would have surely had the guy put to sleep quicker than a one-armed Chinese babby. My name’s Michelle Bachman, and I’ll be here all week. Thanks!

Oh wow, let’s here it for Michelle Bachman everybody, loved that last dead baby joke. Yall know I can’t get enough of the dead babies; I get so slick in my under drain. It’s all jokes though.

I really do have feelings.

Sometimes, when I’m at a crime scene where a dead child has had his eyes pecked out and eaten by birds, I get real sad…because I wanted to eat the eyes.

And Paula Deen, I haven’t forgotten about you.

How you gonna be racist, you the blackest bitch out here: You have tons of embarrassing family members, use too much hair product, AND you got diabetes. All crying and apologizing on TV. Get over it. Your sponsors disenfranchise their workers and pollute the environment, and even they think you’re a piece of shit. I’m glad we’re doing comedy now. I don’t miss my show one bit.

Seriously, my G-spot is located somewhere between my labia and the phrase missing tot. The best part about being me though is when I’m spotted in public, like I’ll get recognized in a Starbucks and all of a sudden everyone remembers every brutal child murder to ever take place in the last decade.

You can just see the sadness wash over everyone as they remember what a cruel, cruel world we all live in.

And once in a Burger King, a lady locked eyes with me for five seconds and then suddenly barfed a big glob of french fries into her purse. But I think I can have a positive effect on society though. I noticed whenever I’m in a grocery store, a parent will be scared to discipline their child when I’m around. They think I’ll go all crazy and start yelling, when in fact it’s the opposite. If they took off their shoe and started beating some tot in the face, I’d just start flicking the bean until Caylee Anthony’s ghost is taking me to Orgasmville.

I’m Nancy Grace telling everyone to beat your kids! Thank you and good night!