Key Lyric: Sounds like an animal / Panting to the beat / Groan in the pleasure zone / Gasping from the heat / Gut-wrenching frenzy / That deranges every joint / Im gonna force you at gun point / To eat me alive

Steinem Says: Its 1988, ladies, the end of Reagans reign. We won all our battles, and now its time to stop complaining. Whats wrong with getting him a beer? Deferring to his wisdom? Letting him save his precious energy for saving the world instead of slapping you silly? Dont let that love fade by staying lippy. 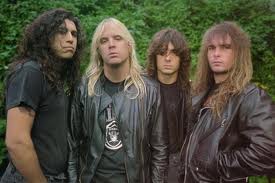 Steinem Says: Okay, I admit it: abortion is murder. Murder one, if were getting legal. A choice? Its a child! Ive seen the pictures, the shattered lives, and the 97.3% cancer rate for the women who go down that dark, dark road. Roe was more damaging to this country than the Dred Scott decision. Everyone loves a baby, do they not? 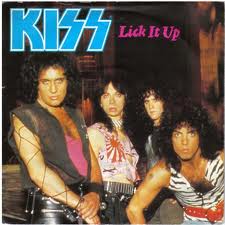 Steinem Says: The female orgasm? Sorry about that. Its not about us anymore. While you were burning bras, stealing jobs, and ruining our kids, he was sitting home alone, chips and a recliner, not getting off. Use that mouth for something other than moaning about equality, for crying out loud. Hell love it! Whats more, hell love you!

Key Lyric: Put your gear into fire / Lay your bullets on the ground / Turn your head to desire / Theres a woman going down

Steinem Says: Having exaggerated female rape numbers for years, I can come clean: It is the short skirt, sweetheart. Oh, you downed shot after shot and danced half nude on a pool table? What did you think theyd do, run for the Donkey Kong machine? Theyre angry, and if they come for us at last, theyre not taking prisoners. We dont like that sex nonsense anyway. Hems, honey, and a dinner not burned by your dreams.

Song: All Lips and Hips

Key Lyric: Let me tell you a story about a sweet hootchie-coo / Whos a-dancin on the table right in front of you / She works all day in her old mans store / But she dont get enough, she wanna earn some more

Steinem Says: Lets face it, we all like to play dress up, and the burlap sacks and makeup-free look got us a 50% divorce rate and empty bank accounts for strippers and whores. Be sexy and take back your body, even if its being pawed by every drunk youd rather forget. But with female opportunity being what it is, more and more of us are going to have to show off what God gave us to help pay the mortgage. Say goodbye to the board room and hello to a scuffed stage littered with singles.

Key Lyric: Lick it hard, lap it up / Do it now baby, touch it, touch it / Lick your lips and flash your paws / Shuck me, suck me, eat me raw

Steinem Says: Patriarchy sounded all scary in theory, but having recently checked out a penis or two, well, theyre pretty darn interesting. They grow, expand, and sometimes stay that way! Its the least we can do to keep that thing distracted. And its about time we stopped resenting the comparisons to the animal world. All those Ms. columns about dehumanization paid well, but who needs a decade of dinners-for-one? 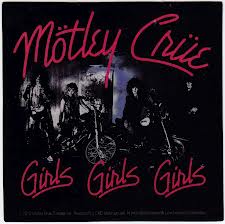 Key Lyric: Im such a good good boy / I just need a new toy / I tell ya what, girl / Dance for me, Ill keep you overemployed / Just tell me a story / You know the one I mean

Steinem Says: Lets be frank. If I had gotten my way and closed all the strip clubs across America, wed have millions of women suffering in poverty this very day. Back when I made $1.15 an hour helping edit the campus newspaper, these ladies were pocketing hundreds a day. Every day! The ultimate empowerment is not pantsuits and leather briefcases, but filthy poles and $12 fruit drinks set to Led Zeppelin. Find me a woman who got naked for a living and Ill show you an entrepreneur. Who says making money has to be hard?

Steinem Says: Yes, I hooked. Hooked hard, in fact, but this was before our streetwalkers had it so good. Then, there were pimps, beatings, slashed throats, and the clap. Now, its all glamour! And the clothes! And if a woman cant show off her legs, what good is she? Oh, and news flash: sex is love. I mean, do you really think hell stick around for your endlessly repetitive anecdotes? Or your meatloaf? Prostitution isnt exploitation, its a noble profession that sums up all we ever fought for. 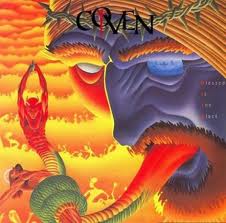 Key Lyric: Pulsating steel protrudes from my thighs / She who spreads is she who dies / Long as my arm and five times as thick / Youll die at the end of my iron dick

Steinem Says: Now, this was a bit extreme, even for me, but I understand the metaphorical qualities. And if our men arent going to want us to die after fulfilling their needs, we have to get busy. And hell, nothing impresses us ladies more than a large penis. We tried to tell you fellas we wanted a laugh, or a sensitive shoulder, or something called empathy, but even while we babbled on, we kept wondering what you looked like with your pants down. And sure, Ive dumped guys for being inadequate, even if they had a dog-eared copy of The Bell Jar where anyone could see it! Feminism tried to make us complicated, but were pretty simple at heart.