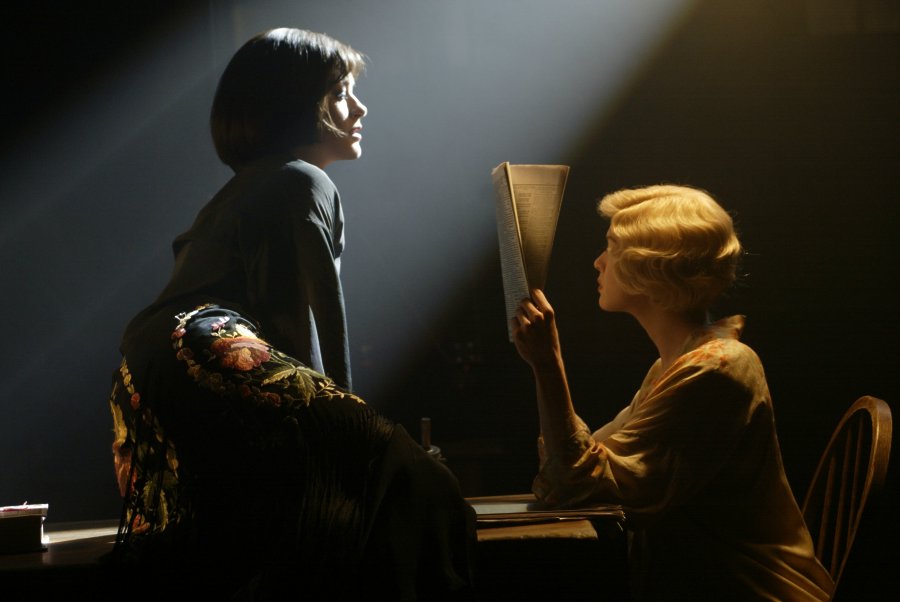 Before you say anything, let it be known that I have not renounced my heterosexuality, nor have I fallen under the spell of some domineering theater major. Believe me, I am as shocked as anyone is. Yes, I liked a musical. Hell, let’s throw caution to the wind – I loved a musical. Embraced it. Maintained an ear-to-ear grin throughout. More than that, I would be perfectly comfortable with it winning Best Picture at the Oscars. I’m not sure how it happened (given that I was not a fan of last year’s musical sensation Moulin Rouge), but for one of the few times I can remember, I was genuinely entranced by the story. I was even wowed by the musical numbers. I’m almost certain that my affinity for the film has to do with Bob Fosse’s influence, for the only two musicals I cared for before this film were Cabaret and All That Jazz. Herein lies the answer: Fosse, like myself, understood the fundamental flaw in humankind. Simply put, human beings are self-centered, greedy swine without an ounce of integrity, decency, or shame. When such blatant cynicism bordering on misanthropy can be placed in the context of a toe-tapping good time, I’m ready to embrace the depravity.

The story, on its face, is not at all revolutionary. Double-crossed dame Roxie Hart (a surprisingly wonderful Renee Zellweger), elicits the help of the corrupt lawyer Billy Flynn (Richard Gere, who also surprised the hell out of me) to escape a certain death sentence after murdering her lover. While in prison, Hart meets fellow murderess Velma Kelly (Catherine Zeta-Jones), prison matron “Mama” Morton (Queen Latifah), and several other women who have also eliminated their lovers, husbands, and boyfriends. Unlike most musicals where the characters ridiculously break into song while walking down the street, Chicago stages its numbers as “side action,” which are either in Hart’s mind, or act as a commentary on the non-musical sequences. A fine example is during Hart’s trial when Flynn begins his brilliant seduction of the jury. Cross-cutting between the courtroom and the stage, we watch a figurative tap dance around the truth while the “other” Gere sings (and taps) about giving them “the old razzle dazzle.” While different in style, I liken the use of music in Chicago to Robert Altman’s Nashville – each reveals character and motivation without having to use obvious (and heavy-handed) dialogue. When we watch these people perform – their gestures, their movements, their grace amidst desperation – we know exactly where they stand.

Each number, from All that Jazz to Cell Block Tango, drips with a joyful contempt for mankind’s pitiful stabs at self-aggrandizement. No one will bother to stop the presses for the revelation that we are a nation of star-struck, worshipful drones, always eager for the next big thing, but it is rare indeed when a crowd-pleasing film of any kind (especially a musical) is so willing to draw people in with high gloss and rousing spectacle, only to damn us for being so easily fooled. But fooled we are, for there is no doubting this film’s charm and sly nature. Even when it winks at us in a knowing manner, we still ignore the message and marvel at the next number. Director Rob Marshall has crafted not only a respectful homage to the musicals of old (no ridiculous, hyper-kinetic mish-mash of contemporary songs a la Moulin Rouge), but he has also injected a refreshing level of wit and sophistication, two things that rarely played well in the past (do you remember having to think during the 1950s?)

Again, we all know (certainly post-O.J.) that the justice system is a three-ring circus more concerned with celebrity than the rule of law, and no one romanticizes murder and death better than the American media, but here, they somehow seem fresh, not stale cliches. In the world of Chicago, people murder for no other reason than to push other less-deserving stars off the front page, and they are nothing more than willing, gleeful whores, wholly without principles. Anything and everything are up for sale, and that is how it should be. There is no morality in this film’s universe, but no one ever seems to challenge this reality. It simply is. Unless you are willing to come on board, you are expected to recede into the background without any further complaint. Characters push, shove, lie, and cheat, but these are the only “values” they know, thankfully. The one decent man, Roxie’s husband Amos (John C. Reilly), is so dim and clueless as to be pathetic. To equate virtue with idiocy is one of the films many fine statements, along with the knowledge that we are all puppets on an ever-contracting string.

Chicago may not be the most esoteric film of the year, nor will it win any prizes for subtlety, but when a film can so effortlessly combine darkness and light, I’m not about to be a nitpicker. I had fun, marveled at the wretched excess of both the world of the film and the world beneath my feet, and had a compelling desire to see it all again. I feel no need to apologize for my atypical salute to a “big” hit, nor will I sour at its inevitable Oscar rush. While I have a tendency to badmouth films once they achieve “respectability” (American Beauty and A Beautiful Mind being the most prominent examples), I will go on record with the following – Chicago is one of the best films of the year and of all the possible nominees (knowing that obscure downers like All or Nothing don’t stand a chance), it is the best. Oscar just might get it right.