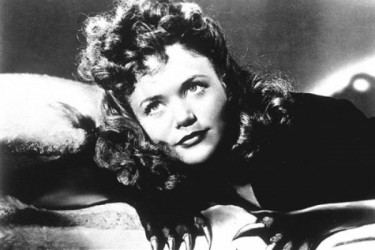 Fair Value of the 1942 Cat People: $5.00. It would be a charm to see this as a midnight movie at some old fashioned theater. But it’s a film of a different age, with a different pace.

Val Lewton was an interesting figure of cinema. A product of the Russian diaspora, he helped to write Gone With the Wind, then became the head of RKO’s horror department. At the time, Universal Studios ruled the horror game; however, across the 1940s, Lewton upended their dominance by turning out lean, shadowy horror films.

Fear of a Black (Cat) Woman

Cat People was one of the biggest hits of 1942. It competed favorably with Casablanca in the box office.

The reason, in part ,is because Cat People is the anti-vamp film. A more realistic title for the film might be Fear of a War Bride.

Throughout the past 20 years, Hollywood had traded in the exotic sensualism of foreign women. Theda Bara, Pola Negri, later, Greta Garbo, and Marlene Dietrich. Even Katherine Hepburn adapted a British accent. Across the poverty of the Great Depression, vamps offered an erotic fantasy to American males, of colorful and fascinating women with uninhibited sensuality. But by 1942, xenophobia was at a peak, and Cat People rode the anti-vamp backlash. At the same time, young American women were deprived of young men by the draft; all the boys were going Over There. And Over There, they might find some beautiful continental girl. This film triumphed by being the right horror film for the right social anxiety of 1942.

The film works as a cross-gender Dracula, and succeeds by the same psychosexual anxiety. Dracula was a very xenophobic book; it’s all about strange East European aristocrats coming to London and sexing up the womenfolk. Like Dracula, Cat People was the creation of an immigrant writer (Stoker was Irish; Lewton was a Ukrainian Jew). Both were writers with populist tastes stoking a fear of foreigners. Like Dracula, Cat People deals with the mayhem of a Slavic supernatural immigrant of considerable wealth. Dracula has his castle; Irena the Cat Woman has a very well appointed penthouse apartment, and the free time and leisure to spend her days sketching. The major cinematic Dracula was a Hungarian (Bela Lugosi) portraying a Romanian aristocrat; the Cat Woman is a French actress (Simone Simon), playing a wealthy Serbian refugee. Dracula is hunted by the suitors of his victims; Irena’s antagonist is Alice Moore (Jane Randolph), the Girl Friday of straight-laced Oliver Reed (Kent Smith).

You can imagine how the plain girls, elided from the thinned dating pool of war-time America, might have clucked at this film. Those European mystery girls, those large eyed refugees, they’re no good- they’re not just stealing our men, they’re witches, were-cats. This film is a metaphorical triumph of the Girl Next Door over the Mystery Woman. 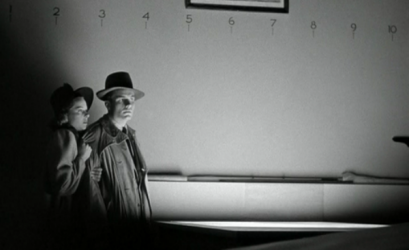 The Cat People, like a lot of early horror films, is light on the actual violence. Irena only kills one person in the entire film, and that is when she’s backed into a corner and threatened with the unappealing choices of being raped or institutionalized by Dr. Judd (Tom Conway). Partly, this is a consequence of the doldrums of the Hays Code. But another theory can be presented about the rise of violence in cinema. One that correlates the rise of portrayed violence to the spread and implementation of modern anti-biotics and sulfa drugs.

It’s hard for us in our modern world to imagine a time when a mere blister from a game of tennis could kill, when plague was ever present. The identification of monsters with pestilence was abundant in early horror cinema- Murnau’s rodentine Nosferatu, Chaney’s skull-faced Phantom. Because of this every day mortality, the thrill of a proximity to death was not as much of a draw to the audience; instead, the preference was for films where the forces of society triumphed over death. 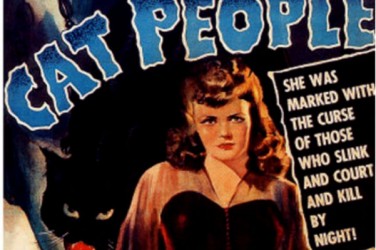 How Well Has This Film Aged?

For all the shadows and ambience, modern viewers will find this film too talky and boring to really be a classic. It has a few important innovations for a film historian to study, though. Cat People has a deceptive premise, functioning for the first half of the film as a romantic comedy before pivoting into a monster film- a premise which was perfected by Audition. Val Lewton is also famous for the ‘bus scare’- he invented the trope of preceding the actual scare with a number of sudden but mundane interruptions.  The reputation of this film really derives from two masterfully shot sequences: alley stalking scene, and the swimming pool scene. Those scenes are tantalizing suggestions as to what director Jacques Tourneur could have achieved with a larger budget (Tourneur would later make Curse of the Demon, a major influence on Raimi’s The Evil Dead). As it stands, The Cat People takes too long to really get going. But it was a film that tapped into the larger fears of the audience, and a key rung in the evolutionary ladder of horror cinema.

Lessons on How Not to Die