Right off the bat, Old Boy is a Ruthless Classic. This fact is almost entirely ensured by the fact that Min-sik Choi, the actor who plays the lead character, Dae-su Oh consumes a live octopus. A real, live octopus with a head the size of my fist. The last tentacles hanging out of his mouth are still writhing. See this film, and the next time someone tells you that De Niro gained 80 pounds for Raging Bull you can just laugh. No performance in the history of cinema is more Ruthless than Chois.

The octopus scene might be one of the most incredible ever filmed, but theres far more Ruthlessness in Old Boy and far more to the film than just Ruthlessness. This is the film by director Chan-Wook Park (of Sympathy for Mr. Vengeance non-fame) that received so much attention at Cannes this year, especially from jury head, Quentin Tarantino. This is certainly Tarantinos type of film. Park’s cinematic style and directorial flourishes rival those of the man himself. Old Boy also features some of the best fight scenes ever filmed, as when Dae-su beats the shit out of 20 goons using only a hammer. Theres also a Tarantino-esq glee in violence, torture and mayhem. Often times, the carnage is funny, or you find yourself laughing because a character finds himself in such an unbelievably terrible situation. The guy you held captive for fifteen years has you bound to a chair. Hes holding a pair of pliers and is looking at your mouth. Good luck pal. This kind of humor, of course, also brings Tarantino to mind. 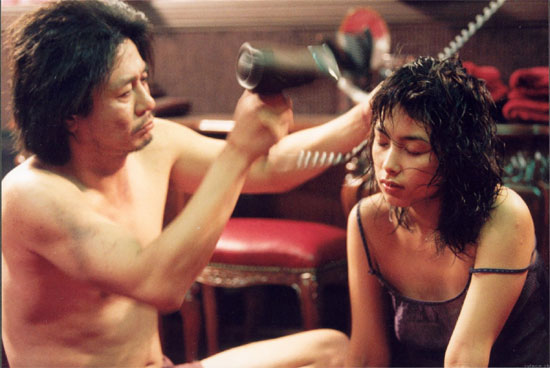 Im making the story of the film sound ridiculous, but only to point out that while Old Boy should have been a ridiculous story, Park pulls it of brilliantly. He sets up an elaborate set of circumstances in which dozens of characters–although mostly the two primary characters–come to be consumed with hatred for each other. The suffering of the other matters more to each man than his own happiness. Finally, both men come to hate themselves, as well as their respective nemeses. For the most part, these characters are psychologically realistic and the story emotionally compelling and in this sense, Old Boy is closer to the films of Kitano than those of Tarantino. While the convoluted plot strains credulity somewhat, Park makes tortuous story work better than say, David Fincher (who usually does pretty well). No plot holes come to mind. 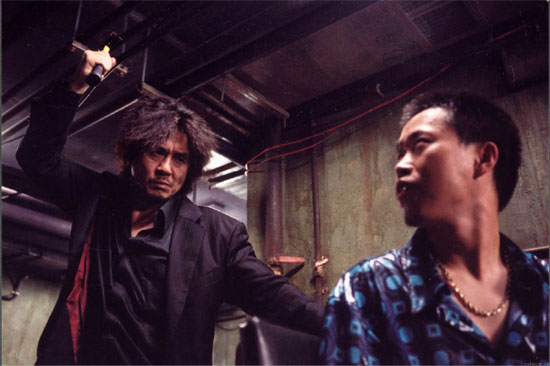 In a nutshell, this is cinematic black metal: A highly entertaining package of mayhem, hatred, revenge, violence and technical brilliance. The only difference is that Old Boy is drive by mature intelligence rather than teenaged anger.