There’s a Stupid Bias in the Media 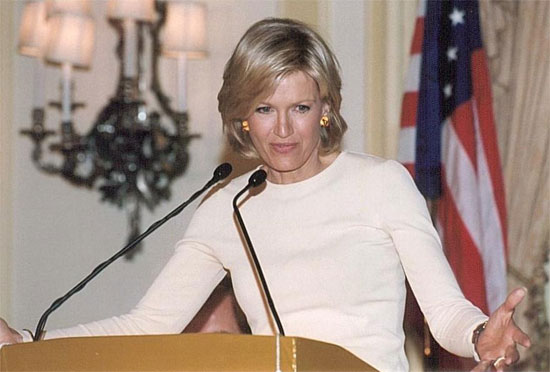 One fine day I’ll be totally numbed to the garbage that permiates our society. I’ll just read books watch “The Simpspons” (every season will be on DVD!) and ignore it all. I’m about 85% there, but several times a week something as outrageous as last night’s Prime Time Live comes along and pisses me off for a while and I think about moving to New Zealand.

Prime Time Live, by the way, is an investigative news show, superficially in the same vein as 60 Minutes. I already know that, with the exception of 60 Minutes and Frontline these shows are just “info-tanement”, or rather, “misinfo-tanement.” This particular Prime Time Live episode, however, struck a chord, largely because it was a “special edition” devoting the entire hour to a single, pressing issue.

Perhaps you’re reading this article in the year 2080, or from another planet, so I’ll list some of the actual pressing issues in America, 2004.

That is only a small sample and there are deeper and wider problems, but you get the idea; we have a lot to worry about and a lot of work to do. And here’s what Prime Time Live, those motherfuckers, devoted their “special” episode to: Kids cheating on tests. I’m not a violent man by nature… well, all right, I’m German-Irish. So I’m very violent by nature and I desperately want… I crave to relentlessly beat each person involved with this show be they man, woman, handicapped or elderly. To death.

The content of the program wasn’t particularly bad or offensive. Sometimes the show presented interesting information, although it was interesting like the factoids they show before commercials on the World Poker Tour. Like, “Hmmmm I didn’t know that,” interesting. In other words, much of the show was reasonably well done fluff. Other times the show was amusing, as when it was reported with great shock that business majors cheat more than others. Jesus, being a business major in the first place is almost cheating.

So, it wasn’t the story itself that enraged me. As I’ve already implied, the absurdity and irresponsibility of dedicating a special episode of a major news program to such a trivial subject during such tumultuous times blows my mind. There’s more though. The tone of the show was just maddening. It was dripping with sanctimoniousness and bogus importance. The tone would have been pretentious and disingenuous had the subject been the Holocaust, but to pour that phony solemnity onto the issue of kids cheating on math tests? It’s almost insane. Secondly, the show and the reporter assume a sickening, false naivity, pretending to be shocked by the cheating. I can’t think of many institutions as callous and cynical as the mainstream media, not to mention the politicians they should be covering everyday. These people are involved in a world where massive loss of human life means less than raising money for the next election, and here’s this guy on ABC, saying “You copied your homework from another student!? I think I’m going to faint!” How could anyone possibly take this show seriously ever again (supposing anyone ever took it seriously to begin with)?

I also hate hypocritical bitching about the degeneracy of “kids today,” a sentiment in which this show reveled. Its part of the bifurcated attitude about children that weak minded, morally shallow humanzees use to as to support their backward, selfish agendas and feelings. On the one hand, children are so fragile that the entire world must be ground into pabulum in order to protect them. On the other hand, kids are “super-predators” and we need to throw more of them in jail, kick more of them out of school, beat more of them and crush their minds with religion. The media loves to play up crimes ad misdeeds by teens, but adults murder and rape at a much higher rate, until they get old. But facts don’t matter because clucking about “kids today” is such a popular way to indulge in the real American pastime: Self-righteousness.

I wonder if the people who do this work are totally cynical or simply totally delusional. Do the folks at ABC news believe that they do the important work of reporting the news, while churning out fluff, propaganda and ignorance? Or do they sit at home and think, “I make $800,000 a year because Americans are total morons! Hmhuh muhahahahahhahahaha!! Hey Hopkins, fill the Jacuzzi with Don Perignon!” I hope it’s the latter. For whatever reason, Mr. Burns-like evil doesn’t bother me nearly as much as pure bullshit.