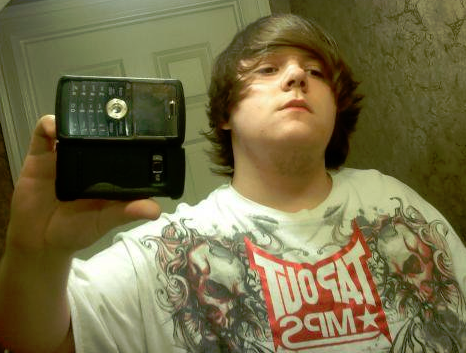 Recently, I attended this card of “MMA” fights slapped together inside an old can and bottle recycling center across town. A distant cousin had rustled up some “platinum” tickets from his social worker or something and these gained us access to the folding tables located behind the ringside seats. The “VIP” section, as it were, we found reserved for local dignitaries. Like, The Hometown Shopper sports reporter and the guy who owns Randy’s Body Shop, Randy. Pre-fight, the crowd’s energy was already at a frenzied pitch. The opening strains of the first of many Drowning Pool songs we’d hear that night assuaged the anticipation, brought us to our feet, and reminded us of all of why we were there in the first place. 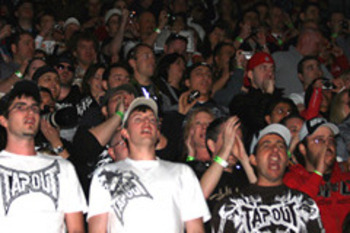 I had never attended an MMA event before. I’m familiar enough with the sport from Spike and its growing popularity in recent years. Watching that, along with The UFC’s odd foray into reality TV, I’ve concluded everyone involved is a monumental asshole. From the guy who beats up his porn wife to that ugly bullhead Chuck Liddell and the rampant look-the-other-way doping. This is maybe the one sport in the world though where UA’s would turn up meth and oxycontin as much as PEDs. I’m not saying other athletes possess any more integrity but at least in those sports the fans would actually care if their favorites were discovered shooting up. In MMA, I’m confident the average spectator would be thrilled with an all-out, all-the-time, drug fest as long as blood is spilled plentifully.

Furthermore, I was born with debilitating contrarianism. When my symptoms flare up, I hate anything trendy and there is no more aggravating fad in America right now than the tattooed Tapout biker crowd. Don’t get me wrong, I too once romanticized outlaw bikery. I phased it out of my life when I was about 12.

I don’t even get the “Tapout” slogan itself. Is it not a declaration of loss? Of failure? For instance, when I brand up with say, And 1, that’s like, a good thing for me. I drove the lane and got fouled. And I get to go to the line and shoot my free throw. You don’t see basketball enthusiasts going around wearing t-shirts that say “Dunked On!”

Also, everybody now thinks they’re a fighter too. Get a few beers in them, a safe number of fight-breaker-uppers in the vicinity and everyone is a tough guy. This was prevalent the night I attended. More “fights” were breaking out in the crowd than in the ring. A sloppy punch or two would be exchanged, some homophobic insults tossed about, the outbreak would get contained and then it’d pick up in the next row. It’s the MMA version of “The Wave”.

Betwixt the spectator slop-battles sat dirty moms with their dirty 9 year old cave children sticking their tongues through a V symbol at the pasty ring girls. If they had daughters, they were dressed like Pussycat Dolls. F-bombs were dropped with as much abandon as Taco Bell wrappers on the floors of these people’s Chevy Citations. Each person was scuzzier than the next. I think I saw one fat guy in a tank top snort a rail off his own titty. 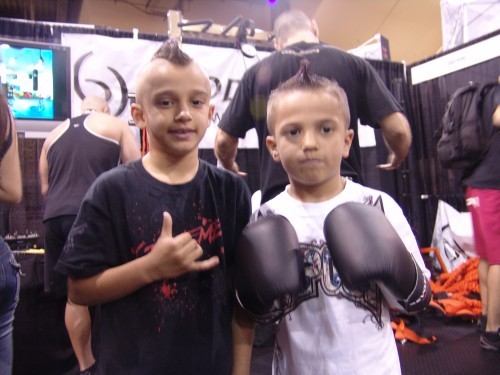 Hordes of white dudes with pubestaches and massive Enyce clothing trampled around with huge, lumbering gaits. Grown women cried for gore and taunted losing fighters as “faggots”, while their children stole smokes from their purses. Unmistakably, these are the same crankhogs who get on Facebook and support the troops, Jesus, their babies and the police even though they once resold me their prescription drug meds.

Far be it from me to be so judgmental, especially having awoken in many a crack house with my shoes stolen and Honey Nut Cheerios stuck to the side of my face, but it was truly something to see. We are doomed as a species if children grow up deeming this to be quality entertainment.

That all said, and it’ll be hard at this point to convince you of this, but although I think most of them are in fact, stanky assholes, I do have tremendous respect for what these genuine athletes do and their undeniable toughness. They sure raised the bar on machismo and chest thumping, did they not? I mean, if you were once a local tough guy who made sure to keep within arm’s length of a beer bottle in case things got too hairy, your bluff has now been called. Do you even lift? Internet and regular tough guys now have a clear forum to display their self proclaimed badassery and many of them bowed out upon learning of even the first prerequisite: shirt removal. No longer were the excuses for not boxing acceptable for tough guys. “Well, I can’t kick. I can’t use my high school wrestling skills!” Just admit, if you can’t grab a glass pitcher off the bar counter for a weapon, you’re not game. 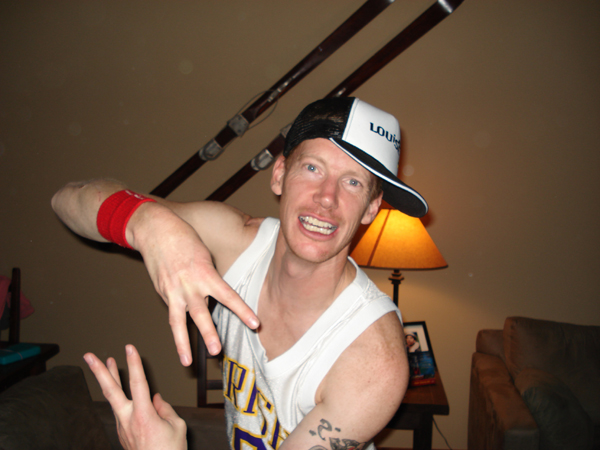 I realize too, using the preceding paragraphs to trash low class folks and their demented interests is pretty abysmal since I’m not that profoundly better than them. I just happen to have a larger vocabulary and fewer body piercings. And a job. And socks. But even I was secretly hoping there was an abandoned can crushing machine somewhere on the premises and losing fighters would be fed into it. On the flip side though, I longed for at least one fighter to enter the arena to the sounds of Vivaldi’s “Gloria e Imeneo (RV 687)”. Surprisingly though, each time I thought I heard it’s opening notes, the song just turned out to be another one by Limp Bizkit.

After leaving the waking nightmare in a daze, I stumblefucked online for awhile to see what sorts of discussion this form of entertainment stoked and, in following a handful of links, I discovered a group of people perhaps even more worthless and annoying than the crowd of incest hill people I’d just said my goodbyes to. Intellectual MMA fans. There’s a bunch of ’em right at Ruthless, in fact.

Here are the kinds of things they say to each other:

“If we give Weidman a shot, I think it’ll be solely on the ground, with a sub. Stand-up skillwise is a self-evident chasm between them and even considering the good power that Weidman has, Anderson is not lunging into anything close to the elbow that put down Munoz….

But I would not discount the sub aspect the same way. It’s naturally not fully comparable, but Weidman did really well in the ADCC World games four years ago with wins and even in losing against monsters like Andre Galvao and as I recall, in the openweight category against Vinny Magalhaes until Vinny threw in a flying armbar. That’s four years of only getting better from that impressive level. Since I don’t see Spider wanting to toy too much with sub attempts from the bottom due to Weidman’s evident grappling skills, his attempts at getting up could cause the kind of scrambles that give Weidman an opening to set up a sub. I’d put more faith in that then a 5-round grinding, which is also possible.”

I’m going to go kill myself.

In a way, these dorks remind me of music journalists who sycophantically bestow the distinction of genius on monosyllabic rappers like The Game while ignoring the pesky misogyny and homophobia rampant on their albums. Not to mention, most of those ingenious rappers are dumber than Corey and Trevor. These mandingo connoisseurs get into statistics and fighting strategies or something, treating the sport like it’s some avant garde entity. They act like they’re involved in some higher pursuit when in fact they’re simply watching two dudes crush each others organs and bash opposing faces into hamburger. Like, this shit is really some kind of medium of artistic expression narrowed down into a more pure, rule-less sport. Give me a break. I can tell you one thing, if you’re that kind of fan – we’re not going to see you at a live MMA event because you’d quickly get shoved into a batch of noisy metal folding chairs by a wigger named Trev-Dawg with a 6X Ecko sweatsuit and a better understanding than you, at least, of what this silly shit’s really all about.