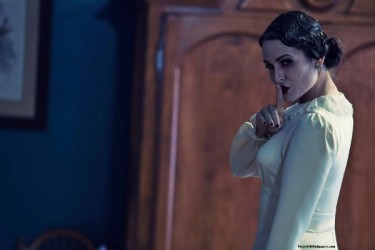 White is the new black for goths, did you know?

Fair Value of Insidious Chapter Two: $11.00. It’s a well-shot study in genericism, but a surplus of cliches and world building gives us less than the original film. Still, it’s something new in horror cinema, and that deserves attention.

TL, DR: A trite trip through tripe tropes. This haunting story features one novel premise: we get ‘dual-track’ action between the real world and the spirit world. Imagine if Poltergeist had extended scenes focused on Reagan’s experiences while she was in the netherworld, and you begin to get the idea.Beyond that, it’s all rocking chairs and women in white, and nothing new to say.

Release Date and Context of Release: I wish to praise the art of James Wan and Insidious 2 while burying the commercial enterprise of this man and this film. The success of the Insidious franchise is going to be the death knell for studio financing of R-rated horror films. If this and Paranormal Activity keep up, we are all in for a long stretch of PG-13 haunted mansions via digital video, where horror is reduced merely to a series of starts, bumps, and greasepaint, and where characters are left without real threat. As the pater Josh Lambert (Patrick Wilson) says, you can safely ignore these spooks.

Hollywood has decided to promote James Wan heavily this year, between Conjuring and Insidious Chapter 2. It’s very understandable; he’s got some terrific shots (why couldn’t Insidious Chapter 2 started with that slow zoom of the interrogation room?). But neither of his films this year have had an edge. There’s suspense, there’s good shock cuts, but the film doesn’t really show us more than the standards we know of ghost stories. 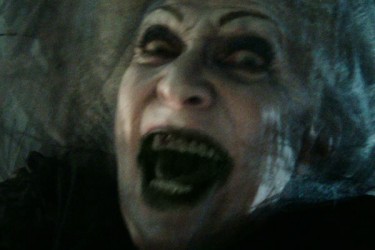 Insidious 2 imagine a hideous afterlife, where all the dead are forced to be juggaloes for all eternity.

Tagline: It Will Take What You Love Most

Entire Movie in One Sentence: The séance is over, but who’s really back, and who’s possessed, and what shall the incarnated ghost attempt?

Corpse Count: One arguably, but that was really a by-blow of the first film. When a character survives even after making a major mistake, the film lacks a courage to convictions. People complain about Whedon’s willingness to kill characters in a story, but when you compare that with this story? It’s not that somebody has to die in order to establish the stakes in horror; but if elaborate twists allow survival, beyond the reach of plausibility, the audience feels as if there’s no real danger all along. The author is the hand of God in every script, and in the genre of horror, that providence must be neither too arbitrarily cruel nor too merciful. In horror, you want to keep the exits narrow but open enough for a few to squeeze by.

T&A Count: There isn’t even the slightest vapor of titillation in this film.

The Ghosts: In the first Insidious, there was an atmosphere of the uncanny and the inexplicable. Was it demons, or ghost? What was going on? Everything that happened on the other side had a surrealism to it. The new ghosts in Insidious 2 are far more conventional. The more we learn about Lipstick Demon (Tom Fitzpatrick), the more it becomes a reprise of Psycho. 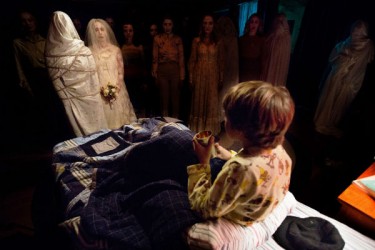 How Terrible is it, After All? The parallels to The Conjuring really hold up, another marrowless but riveting medley of the old horror hits. Again we have a well paced mashup of great elements of horror movie classics: there’s Psycho, The Shining, Poltergeist. James Wan and John R. Leonetti produce first-rate cinematography: the way the film shifts across conventional film to video found footage and back lends a distinction to every location visited.

If there’s one result of Insidious that I hope we will see, it will be for more movies that have extended scenes in the netherworld/spirit world. It’s a free-form sandbox for what ever scariness you want to feature. Hopefully, we’ll see a horror film that takes place entirely in the afterlife soon- imagine an ominous, malevolent version of Linklater’s Waking Life.

Moralizing/Strafelust: Mothers, don’t try to force your boys to be girls. They’ll only end up as serial killers. Gender confusion is a gateway drug that leads straight to psychotic murder sprees.