Based on the book by Clara Bingham

Josey Aimes (Charlize Theron) is a two-bit whore. Shes had two children by two different fathers (one when she was still in high school), flirts with everything swinging a cock between its legs, and lives to shake her ass in sleazy bars, where she can be picked up by drunken louts, impregnated, strung along for a time, beaten savagely, then left in a teary heap, wondering how in the hell she found herself in this predicament yet again. When we first meet her, Josey has finally mustered the courage to leave exactly that situation, and shes off to live with her parents, at least until she can pick up the pieces. But dear old dad (Richard Jenkins) still holds a grudge (She brought shame to this family!), an anger based largely on Joseys dick-filled nights and hangover-filled days. We always say that parents should love their children unconditionally, but given this tramps shambles of a life, perhaps pops has a point? And here she is again, begging for room and board. Mom (Sissy Spacek) is a little more sympathetic, but shes a little glassy-eyed herself, probably after spending decades with a man who has chained her to the washing machine. Based on a law of cinema that pre-dates even the moral imperative against murder, we know that mom will walk out, dad will change his ways, and the family will live happily ever after, but not until tears have been shed and accusations tossed about with abandon.

Joseys equally trashy friend Glory (Frances McDormand) informs her that theres work to be had at the mine, but this is rural Minnesota, and outside of running water, intermittent electricity and lack of small pox, theres little sign of modernity. Still, this is Joseys opportunity to make enough money to feed her family and buy a house, so she accepts the challenge, little aware that shes about to enter the industrial equivalent of a topless bar. This is a mine after all, where the men — toothless, crass, uneducated, and filthy even when above ground — see women as cooks, cleaners, and spread eagle, bikini-clad months on a calendar — not co-workers to be respected. Several women are employed at the mine, but they endure the daily humiliation with bemused silence, for what else can they do? They need these jobs, and no one in this small community will care if a few harmless pranks keep the broads in line. As a manager at the mine says, these jobs belong to men and in this tight labor market, the babes arent doing the real breadwinners any favors. The issue isnt pursued as deeply as it should have been, but this remains a painful legacy of what has been an otherwise proud history of labor unions: for all the gains made by strikes, collective bargaining, and the emphasis on the needs of working class folks, sexism (and an undeniable racism) has too often kept the cause from achieving a moral consistency. The war between capital and labor is one that largely defines our nations past, but its difficult to sympathize with the very people who are quite capable of their own forms of exploitation and oppression. 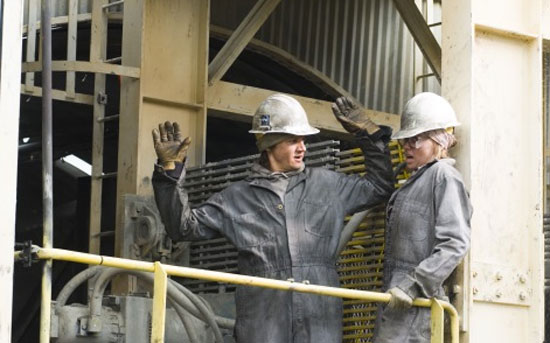 As the months pass, Josey and her female compatriots are harassed, ridiculed, and even assaulted from time to time. Dildos are placed in lunch pails, semen is deposited in lockers, and threats and epithets are painted on the walls with healthy supplies of shit. Tits are grabbed, suggestive gestures are to be found around every corner, and all the while, the top brass laughs it off as if the complaints were the result humorless women who never learned how to take a joke. Of course, theres a happy medium here — the actions we witness are clearly objectionable and hostile, and steps should be taken against the perpetrators, but neither should it be expected that a massive facility with neanderthals and the sloped-forehead set should be transformed into a nunnery. And as far as I could tell, no woman was denied a job because of her gender, and not once did I see a sexual act traded for a schedule change. Fine, Josie had to endure a gynecological exam prior to starting the job, but given her reputation in the community, it only makes sense that the powers that be didnt want chlamydia incarnate infecting the rest of the lot and interfering with production. Moreover, they have to make sure that she isnt pregnant, which would be so like Josey anyway, and theyre sure as shit not paying for this bitchs maternity leave or health insurance.

After the extended set-up, we get to the heart of the matter, which is inspired by a true story, but only in that there was a landmark sexual harassment case that changed the law forever. Once we get to the legal end of the spectrum, reality yields to the Hollywood treatment, which reduces any and all courtroom scenes to laughable, eye-rolling melodrama. We know that the legal system doesnt operate in this manner, but we continue to remain riveted to testimony that wouldnt survive ten seconds in open court, surprise witnesses, last-minute reversals, and statements read into evidence where the person reading it was never sworn in. These judges, by all appearances respectful, dignified sorts, run their courtrooms much like a circus, only with more chaos. Take the testimony of one Bobby Sharp (Jeremy Renner), Josies high school buddy turned obnoxious co-worker, who is called to remark on the whorish nature of Josey. Bobby denies that Josey was raped by a teacher, and that she was asking for it because she showed her pussy to anyone with the courtesy to ask. We know — via flashbacks — that Josey was in fact raped, but after cross-examination that wouldn’t pass muster in a Monty Python sketch, Bobby admits the truth, only his revelation is overshadowed by a moment seen first in Dead Poets Society, but perhaps even more embarrassing this time around. 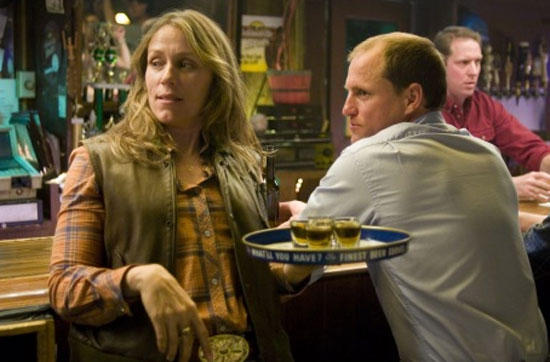 You see, in order for the lawsuit to be of the class-action variety (and not just Joseys word against the company), she needs three fellow witnesses who can corroborate Joseys testimony concerning harassment. All the women (and other co-workers) remain silent at first, but just as they are needed, they stand up one by one, signaling their new allegiance to the cause. Old and young alike join the rush, and before long, the entire courtroom is as one. And yes, even dad is on his feet! Id call it manipulative and phony, but it might be more accurate to say that at this moment, I could not recall a more shameless bit during any film this year. We know Josey won her case and fine, she deserved to, but why embellish the facts with something even Frank Capra might have dismissed as heavy-handed? And yet, despite this fact, and that the case itself seemed slapped together between beers by a lawyer with less chops than Lionel Hutz (played by Woody Harrelson), I wasnt overly upset, as the lunacy came after a long stretch of mediocrity, rather than masterful storytelling. Hell, Id even bump it to average, but at no point did I feel that I was being taken to places I hadnt already seen in a dozen other works. Director Niki Caro is an able craftsman to be sure, but shes too green, too naively cautious, to risk alienating a mainstream audience. At every turn, we know the score, recognize the types, and feel secure enough with the conclusion that we can comfortably applaud. 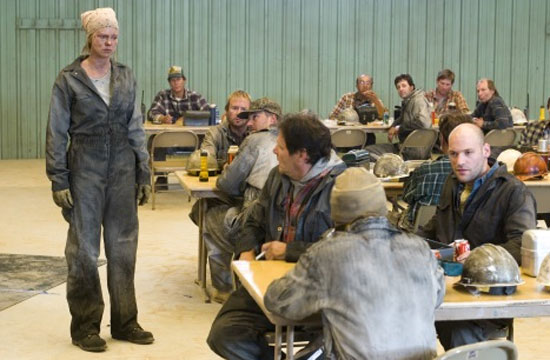 The frozen hell of the Minnesota countryside was captured with a grim beauty, and native son Bob Dylan added spice to the soundtrack, but at bottom, this is less an understanding of life at the low end of the socioeconomic scale than it is a rah-rah session of the old school. Saints and sinners dominate the icy landscape, and when Glory is struck down with Lou Gehrigs disease, we know the deck is hopelessly stacked. She even shows up to court in a wheelchair — so near death that shes practically catatonic — and when shes ready to speak (or have her husband read a note), she signals with a tap, which is her way of bursting through the courtroom doors, falling to her knees, and tearfully recounting her story. Its more fun (and authentic) when the dying are assholes, the retarded selfish and destructive, and children a burden that stir beleaguered parents to homicidal fantasies, but through the magic of light and shadow, our nobility is eclipsed only by our unfailing will to do what is right. Its our unending dance with delusion.