NIGHT OF THE LIVING DEAD

Theres nothing particularly frightening about George Romeros 1968 classic about zombies run amok, but I liked it just the same. Ive always had an affinity for films that feature the consumption of human flesh, or maybe its just the fact that silly, hateful people are killed most gruesomely. Im also a firm believer in mining horror movies for their political subtext, even if such meaning is wholly invented. Romero may have indeed intended this film to be nothing more than a series of cheap thrills, but Id like to think that any film — even a low-budget B movie about the undead — released in one of Americas most turbulent years contains endless commentary about social issues or politics.

Racism: Here we have one badass black man as the most ass-kicking member of the bunch; an independent-minded soul brother who is not above slapping a white chick and beating the living shit out of some whimpering cracker. Did I mention that that same white man is shot for cowardice by the Eldridge Cleaver stand-in? In a year that witnessed the assassination of MLK, how infuriating it must have been for large segments of the country to watch a black dude beat down the Man. Even though the black man dies in the end (shot down by a mindless posse all-too-similar to a Southern style lynch mob), he is the only intelligent non-zombie we see, a revolutionary concept for a time when cities burned on a weekly basis and George Wallace started a relatively mainstream Presidential campaign.

Nixons Silent Majority: Fine, LBJ was still in office when the film was released, but Nixons rhetoric (think William Safire) was already underway, and its not too much of a leap to imagine how the brainless, relentless barbarism of the zombies could be connected to the emerging Silent Majority of the Nixon years. Storming the gates of a dying liberalism (represented by a strong black male), the blue collar hordes slash, tear, and kill their way to power. Was that black man King himself, the last gasp of the Civil Rights movement? Did the insatiable appetites of the zombies represent the coming Me Decade? Dammit, Im not going to disagree. 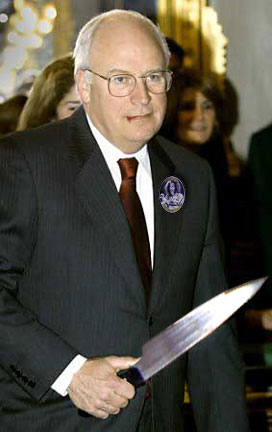 Nuclear Annihilation: The radiation that caused the dead to rise had nothing to due with nuclear war, but it did stem from a satellite that fell from the sky. Death from above? Even as late as 1968 we were better dead than red and the Soviet Menace was alive and well and ready to destroy Christendom.

Environmentalism: Just as easily, one could say that the deadly radiation of Night of the Living Dead was a product of increasing pollution, acid rain, overpopulation, or any number of concerns that helped lead to events like Earth Day. Americans were slowly being turned into overweight, cancer-ridden, hacking little monsters, a title we still hold today. 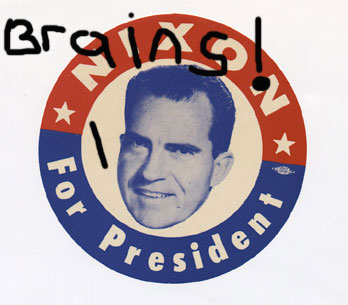 Anarchy: Or maybe we were literally eating our young in those days, sending our best and brightest off to die in Vietnam, while killing the poor and the downtrodden with mindless work, segregation, and police brutality here at home. It is easy to forget how close we came to complete social disintegration, especially in that year of assassination, Tet, the Chicago 7, and global youth rebellion. Were we not turning on each other with increasing violence, reducing life to mere survival?

Still, Id just like to see that scene again where the zombie child carved up her mother with a garden hoe. Or when the two zombies fought over a segment of small intestine. Either way, Im loving it.