Any film that ends with Nashville’s Henry Gibson shoving rapper DMX into a cremation oven can’t be all bad, but Ernest Dickerson’s Never Die Alone makes every possible effort to jump from respectability to tragic incompetence. In all, it’s easily the best film yet from Ronald’s archives, but the competition has been anything but fierce. And while I did take out the trash at one point without bothering to hit the pause button, I won’t say that it was a complete waste of time. Boring, pointless, clichéd, and overlong at only 82 minutes, but not an excuse for mass murder like last week’s New York Minute, or a lifetime’s worth of pain like The Big Bounce. I’ll even admit that DMX held his own, that is if it isn’t important that an actor have more than a single emotional reaction. As was said of another, far superior talent, he runs the gamut from A to B, but he’s a believable drug pusher and womanizer, which shouldn’t surprise anyone who even half-heartedly follows the hip-hop scene.

DMX is King David, a thug extraordinaire, who we first meet as a corpse. Through flashbacks, we learn how he met his end, and how in the fuck he came across David Arquette in the course of his day. The film tries to be complex by jumping around in time, but I wasn’t so much lost as confused as to why the director would make things so unnecessarily complicated. King David is stabbed while trying to return some cash to a kingpin named Moon, and he is found in the gutter by a pathetic cracker named Paul (Arquette). Paul takes King to the hospital, where he dies moments later. Paul is confused, and even more so when he learns that King left him a bag of jewelry, cash, and the keys to his pimp ride. One would think that Paul would be smart enough to realize that it might not be a good idea to drive around in a car that had the vanity plate “KING D,” but it’s acceptable that whitey not have too much upstairs. As Paul drives around the city, he finds some tapes, which contain King’s “Autobiography of a King,” the last will and testament of a muthafucka seeking solace and redemption. The tapes act as a device to push the film back into the past, where we learn more of King’s life story. 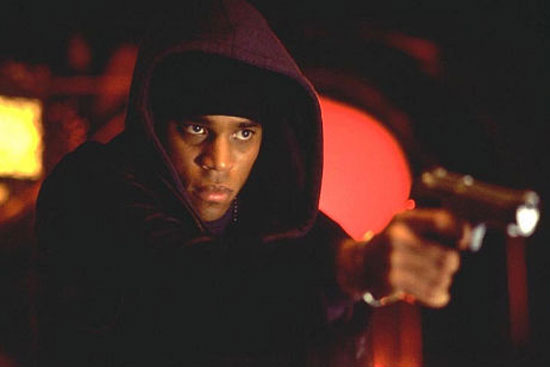 King’s story begins in Los Angeles, where he greets us with the words, “Whoever said there wasn’t such a thing as a second chance in life is a stupid motherfucker.” An aphorism worthy of Oscar Wilde, no doubt. King immediately bangs some dippy white chick, which temporarily suspends the “Fatal Oreo Rule,” which states that any black man who has sex with a white woman will die after no more than fifteen minutes of screen time. The rule returns later, however, as Moon is gunned down in a hot tub mere seconds after scoring with blond twins. King is determined to be a major player in the LA drug scene, and he makes his mark by getting the entire cast of a Baywatch-style TV show hooked on heroin. His major conquest is the same tramp he screwed earlier, which signifies an important shift in racial attitudes in cinema. After all, we see white people on drugs! Having loveless sex! Throwing their lives away! But as all of the black characters are either whores, pushers, pimps, or killers, I wouldn’t call on the spirit of Dr. King quite yet. 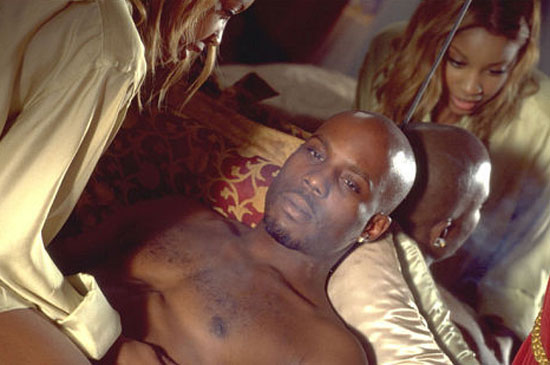 But wouldn’t you know it? King falls in love with a smart, sassy college woman named Juanita. We know it’s love because they meet in a trashy dive, Al Green is on the soundtrack, and she spills a whiskey on his shirt. But he’s determined, and after one on-screen date and a dinner with her mama, they are in love. Of course this means that within minutes, Juanita will be snorting up a storm, performing mind-blowing oral, and throwing away her budding career in social work. As King says, “I guess there ain’t any bitch alive who don’t enjoy a little coke now and then.” True dat. But when King asks her to move in, she laughs in his face. Oh she’ll fuck him and steal his blow, she cackles, but his $250,000 is just chump change and nothing to retire on. It is a curious turn indeed when a black woman, even one of ambition and intelligence, eventually becomes the gold-digging stereotype. Eventually King decides to leave her as a strung-out junkie, but she pops in from time to time to trade her corn hole for a bag of the good stuff.

In the present, Paul listens to more tapes, unaware that he is being pursued by Moon and his men, concerned as they are that Paul witnessed a crime or something. We also meet Paul’s girlfriend, who is a proud black woman who doesn’t understand why her boyfriend lives in the worst part of town to “suffer for his art.” We know Paul is serious because he has posters of Miles Davis and the Wu-Tang Clan, in addition to, well, a black girlfriend. We never learn shit about Paul (thank Christ), as he exists solely to play King’s endless tapes and move the paper-thin story forward. Paul eventually learns the truth about King from his killer, Mike. You see, Mike was present when King gave his ex-girlfriend (Mike’s mother) a fatal dose of heroin. The bitch had threatened to go to the po-lice unless he gave her money, so the ho had to go. Years later, Mike takes revenge. Yes, it’s as simple (and as predictable) as that. 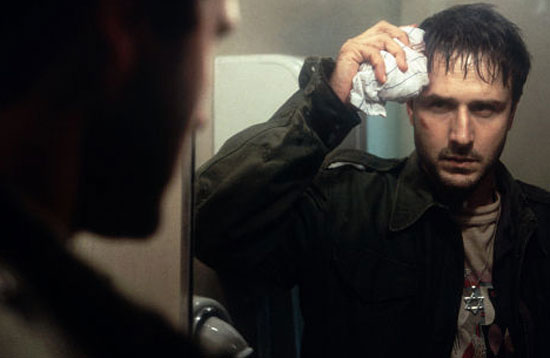 The film tries to have a social conscience, but is there anyone alive who remains ignorant of heroin’s dangers? After nearly an hour and a half, all we learn is that “crime don’t pay,” “thuggin’ ain’t no life,” and “payback’s a motherfucker.” I know all that shit and I’ve led the most isolated, privileged life in human history. Arquette is an annoying little shit, even with less than ten lines of dialogue. And I must instinctively oppose any film that forces me to spend so much of my time fiddling with the volume control, lest the ear-splitting bass force the downstairs neighbor to pay me a call, Louisville Slugger in hand. At one point I had the volume so low in anticipation of a big shake that I missed the orgasmic cry of some white devil as DMX split her in two. It’s just as well; I wouldn’t want the apartment complex to think that married people were actually having sex. And I’m not sure if it matters, but why must a gangsta’s right-hand man always be bald and wearing a skin-tight black shirt? And do we really need a cut from “Pusher Man” to remind us that this is a cautionary tale, a la Superfly? Oh well, it’s a step up, in terms of McDonald’s experiment. So why do I long for a step back?