Written and Directed by Joe Carnahan

Narc is an utterly fantastic, near-flawless movie and a review of it here on Ruthless is long overdue and I apologize. I saws Narc when it first came out and just didnt even know what to say about it. I mean, I really liked it. I thought the performances were muscular and that the camera play was fine and the story was good — all that. But on my second viewing of Joe Carnahans cop thriller, I no longer had to pay attention to plot; I was free to concentrate on the actual focal point of the movie — Ray Liotta playing Lieutenant Henry Oak. Holy fucking Christ, man. What a performance. Oak makes Russell Crowes Bud White character from LA Confidential look like a little boy scout. Hell, Oak makes Popeye Doyle seem like a pacifist hippy.

Were first introduced to Lt. Oak when the police Captain (Chi McBride) is trying to get former undercover cop Nick Tellis to help out with an investigation of a dead cop, one Michael Calvess. The Captain tells Tellis hell be working with Oak, who is a good cop, but a little unstable. The film then cuts to Oak pacing back and forth in the station house like a caged bear. The side of his head and shirt are covered in blood. We see two other officers escorting a prisoner in cuffs and shackles. Hes also covered in blood. Oak then puts a pool ball into a sock and begins to mercilessly beat the prisoner about the head and scream something like If I ever catch you beating up on your wife and kid again Ill fucking kill you, got it? Oak is the perfect name for Liottas character. I mean, Lieutenant Tree Trunk would have sounded a bit funny. As many of you know, Liotta gained a bunch of weight for this role, wore lifts in his shoes and a stomach pad to make him look fifty pounds bigger still. He spends nearly the entire film in a black trenchcoat, black leather gloves and sporting a riot-pump
shotgun. He also gets some great lines. Like:

Steeds: I wanna see my lawyer!

Oak: What did you say?

Steeds: I wanna see my lawyer.

Oak: There are no lawyers, dumb fuck! It’s just me and you, and I am in your shit for the duration!

I wish I had an audio sample to play you. Cause see, on that second line where Oak says, What did you say? hes not actually asking a question. Hes challenging the suspect to open his mouth. As Oak repeats again and again and again while beating two men to within an inch of their lives, Come on! Say Fuck you again. Say it, please say it! He doesnt smile once throughout the whole film. Motherfucking Ruthless as it gets. 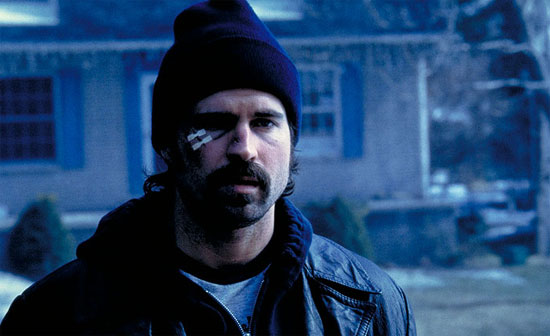 But see, the thing with Henry Oak is this; the man is a saint. A flawed, fascist, brutal, tainted saint, but his heart is gold. The crux of the plot hangs on an event that happened almost twenty years earlier. While doing a routine drug bust, Lt. Oak discovers a naked and scared ten-year-old girl that the suspect had been pimping out for rent. This was just after Oaks wife had died of cancer. He tripped the fucking live wire and beat the man half to death. Turns out that Oak then took the girl under his wing and did everything he could to protect her and keep her out of trouble. She became his secret daughter.

Enter Michael Calvess, the murdered cop. Like officer Tellis, Calvess was deep undercover working narcotics. Narc implies that since these deep undercover agents are around drugs so much, they tend to start doing them and then become junkies themselves. Tellis, for instance, had a heroin problem. From flashbacks we learn that the deceased Calvess was a full blown junkie, shooting up with some sort of shit made from the dregs of other freebase. Not only that, but he is stealing cop guns and trading them for dope to Detroits dealers. Before going under cover, Calvess was a happily married man. You can probably see where I am going with this, but Calvess was in fact married to the girl, now a woman, that Oak rescued eighteen years earlier. This is all secret and Tellis only discovers it through some good detective work. Now, as you can see, Oak really wants to catch the guys who killed Calvess. And he wants to beat them to death with his bare hands. And even though he is an out an out fascist like I said, my heart goes out to him. Recapping, Henry Oak is an incredibly complex and sophisticated character, the likes of which we rarely see, not only these days, but ever. Bravo. 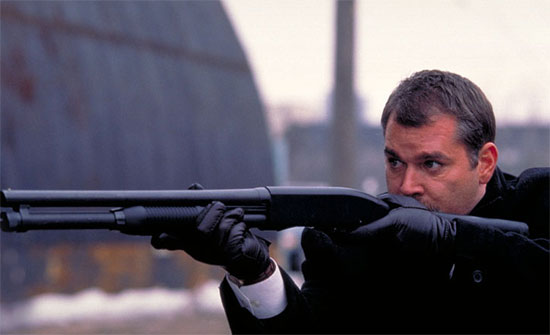 Jason Patric is also pretty damn good as the tortured good cop. Eighteen months prior to the central events, he winds up shooting a pregnant woman while taking down a perp. She loses the baby. That snafu, plus his heroin troubles, gets him bumped off of active duty with three quarters pay. He has a young wife and a newborn son. He gets lured into investigating the Calvess murder by the promise of reinstatement and a desk job commensurate with a conviction. He and Oak make an odd couple for sure, but an effective and satisfying one. While
many of the buddy cop clichés are present, absent are the wisecracks and the one-liners that have been plaguing buddy cop flicks for the last two decades. In truth, Narc leaves nothing to be desired. I look forward to my third viewing very much.