Scottsdale International Film Festival, Part One: Twilight of the Snowbirds 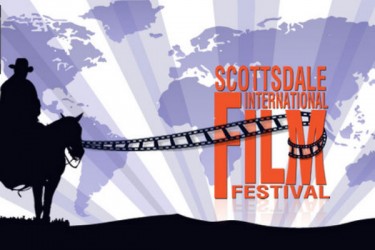 It was a warm generic day, the kind that could be found in any Southwest suburb on any majority of days. Misters spritzed the swaying seniors, wobbling in their orthopedic canes. I was in Scottsdale, at a slightly upscale metroplex. Across the way from the rush line, I glanced at the infamous Amy’s Baking Company- the one business in the strip mall that wasn’t advertising a special for the festival attendees.

This was the 13th festival, the Phoenix metro’s 13th bid at maintaining that it was a world class city, and not an abrupt boom town of comfortable senescence. As I looked over the crowd, recognizing perhaps two other people that appeared under 40, I reflected on my first two days of films and realized: this was a festival themed around retirement. From Congress to Decoding Annie Parker, each film that I’d seen was in some way or another about the aging, reconciling themselves to a society that no longer saw a use for them. It was a selection well suited for the tastes of the agreeable greying mavens and retired architects and doctors that were attending this festival. 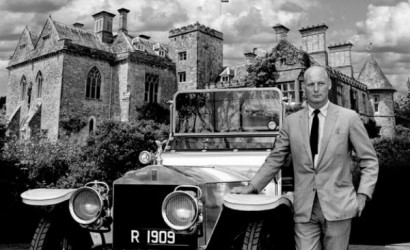 The Man, his Motor, and his Manor.

For all the non-English readers: Baron Edward Montagu of Beaulieu has been one of the more public icons of the modern incarnation of the aristocracy. The Montagus are a Norman lineage, one that’s been a major player in British politics for the past millennium. After the royals, Montagu is what the public thinks the nobs are like: genial, aloof, elegant, slightly decadent. It might be best to think of Baron Montagu as the Walt Disney of English country manners: he turned a crumbling estate into a set of historical parks, museums, and gardens that are among the most visited in country. I faintly recall visiting the place in my childhood. My mother loved the gardens; my father was enthralled by the National Motor Museum. I was mostly bored, except for some of the miniature train rides and other amusements.

There’s another side that Lord Montagu would prefer to omit, and that was his role in one of the most important trials in the history of gay rights. In 1954, Lord Montagu was convicted for ‘consensual homosexual offences’ with an RAF airman. The ordeal of the trial triggered a backlash which led to the repeal of buggery and sodomy laws in Britain.

This faintly hagiographic biopic does not spare the scandal, but focuses more on how Montagu pulled back into society by re-invigorating heritage as enterprise, by abandoning traditional notions of privacy to share in the public’s fascination with the lives of the landed gentry.

What comes across in the film is Montagu’s notion of duty to the estate. In this transitory world of leases and rentals, it’s hard to understand a person feeling responsibility towards real estate other than basic maintenance. But Montagu was willing to turn his home into an amusement park, eschewing all quiet and privacy, in order to maintain the manor. In so doing, he’s become one of the few aristocrats to have increased his fortunes in the modern era. 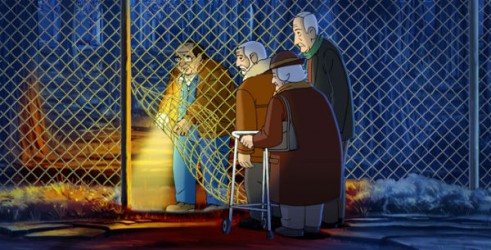 One shuffled Slowly Over the Cuckoo’s Nest.

Fair Value of Arrugas: $3.50. A very meh animated film, it felt more like the extended pilot for a middling animated sitcom.

I just want everyone, friends and family, to know that if I’m ever diagnosed with Alzheimer’s or any other degenerative brain disorder, I’m killing myself. I could lose my limbs, my senses, my other organs, but I shall not abide the corrosion of cognizance. Senility holds a singular horror for me. The animated Arrugas shows this terrible syndrome, not as an annihilation of memory, but instead, as a decoherence of memory. The protagonist Emilio believes himself to be denying a loan application at his bank; instead, he is refusing soup offered by his son. He is consigned to die of neglect in a senior nursing home. It’s a place like a prison or an asylum.

Fortunately, Emilio is roomed with Miguel, an enthusiastic grifter. A coterie of friends develops, and they begin to find meaning in collaboration- namely, they find new life in plotting their escape, before they meet the ignominious end of being shunted upstairs to the assisted living ward. It’s One Flew Over the Cuckoo’s Nest for the walker crowd, or a Spanish animated version of the modern day sequence from last year’s Cloud Atlas.

Overall, Arrugas is pleasant, wistful, and predictable. The only thing intriguing is how this film depicts the experiences and sensations of dementia. Not as a blankness, but instead a treachery of memory, whereby the most powerful and unique of memories reimpose themselves to blur out the now. It may be that it’s not meant for me, but between the comedic antics and the animation, it struck me as mostly being a genial TV miniseries more than a movie. 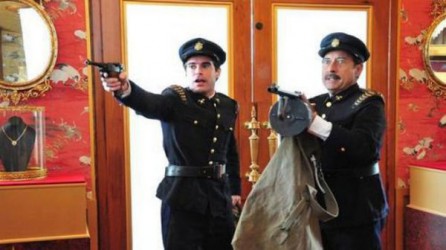 Fair Value of Atraco! $2.50. A forgettable comedy of criminal bungling.

Atraco! is a Fargo esque black comedy of inept criminals, set in Franco’s Spain. Juan Peron, dictator of Argentina has been overthrown and placed in exile. The new Argentine government has sold off the jewelry collection of Evita Peron to a jeweler in Madrid. A pair of Peronistas decide to redeem the honor of Evita by stealing the jewels. Carmen Franco, wife of the generalisimo, has her eyes on the jewels. Peron’s fixer Landa (Daniel Fanego) assembles a pair of loyalists to commit the heist: the savvy Merello (Gillermo Francella) and the naive idiot Miguel (Nicholas Cabre), a starry eyed Peronist. The pair set off to Madrid to commit the heist.

Atraco! is a procedural set in a grim time, where suspicion clouds and hampers both the cops and the crooks. Like Fargo, it has a dry humor born of ordinary human ineptitude. This isn’t Heat, or anything like that; this is a heist film where the side that makes the least fumbles wins. Along the way, there’s a few laughs to be had. To a degree, it’s a film about the perils of ideology, of how trying to curry favor with El Caudillo (be he Peron or Franco) leads to fatal compromises. But Atraco! struck me as a very middle-weight film. Perhaps the humor is sharper if you speak the language- there’s a lot of dialogue about accents and the differences between a Spanish, Argentine, and Panamanian accent.