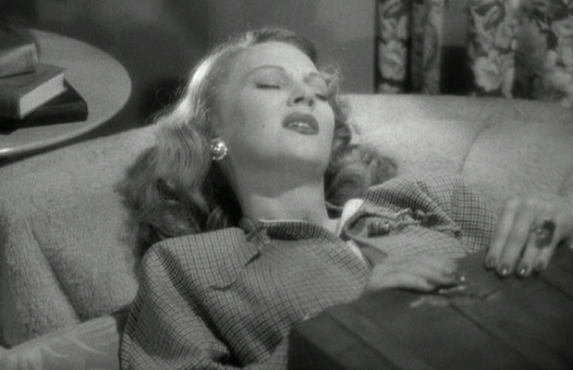 Jean Gillie as Margot is tougher than any American femme fatale of the era.

Talk about raw deals. The hardest, greediest, most daring femme fatale in all of classic film noir  Englands Jean Gillie in Decoy  is not widely known today, beyond a fervent cult following.

But rest easy, fatale fans, I am joining the charge to get the word out on Ms. Gillie. I may even become motivated to get off my famously comfy sofa and take to the streets to spread the word. Though that seems a tad drastic, especially since Ive just achieved the perfect arrangement for my pillows 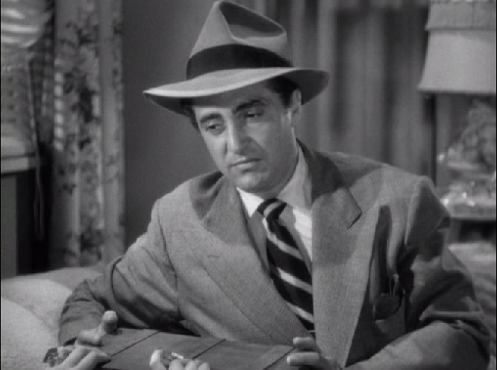 Well, let me start by telling you about it. Made in 1946 by director Jack Bernhard, who also directed Blonde Ice, this is another hard-core noir story with a totally heartless seductress, a wildly improbable plot and a grimly pessimistic take on human nature.

First, the dame: Dainty, devious and always dressed to a T, Margot Shelby (Gillie) wants the $400,000 that her jailed boyfriend, an old codger named Frank (Robert Armstrong of King Kong), has hidden in a buried suitcase. But Frank is awaiting execution and hes squirreled away the map to the treasure.

Gangster Jim (Edward Norris), Margot and prison doctor Lloyd (Herbert Rudley) band together to find the $400,000 in cash that Frank has buried.

Hmm, thats a drag. What to do? Margot figures, after he gets the lethal gas, my pals and I will just bring him back to life. Then, he can lead us to the cash. Margots helpers are gangster Jim Vincent (Edward Norris) and prison doctor Lloyd Craig (Herbert Rudley), both of whom are crazy about her. So is nosy police sergeant Joe Portugal (Sheldon Leonard) or Jo-Jo as Margot calls him when shes flirting with him.

Like any good ringleader, Margot keeps abreast of all kinds of news, and she learns about a chemical called methylene blue, which can be used as an antidote to gas poisoning. So, all they have to do is grab Frank after the execution, pop another body in the hearse and hightail it to the doctor.

Selling Jim, a fully oozing sleaze-atron, on her absurd plan is easy. Earnest and upright Dr. Lloyd is a bit trickier. I had to smash that shield of ideals, says Margot. Helping people, healing the sick and making the world a better place? Puhleeze. As she points out, how could they possibly be happy on Lloyds paltry $75/week salary when one bottle of Margots fave perfume costs $75?

By the time Margot is digging for dollars under the moonlight, her motley gang has dwindled to one, ie Margot. Nothing makes Margot laugh more than bumping somebody off. Her gleeful chortling punctuates the action throughout, but its most memorable as a defiant final gesture toward Jo-Jo the cop. She may get whats coming to her but she also gets the last laugh. Sorry? Penitent? Remorseful? Not a chance!

As the take-no-prisoners Margot, Jean Gillie is amazing to watch  tougher than Barbara Stanwyck, Jane Greer, Joan Bennett or even snarling Ann Savage in Detour. In neo noir, her closest equivalent is diabolical Linda Fiorentino in The Last Seduction.

There are very few femmes fatales who dont have a little time for love and seduction, and she really doesnt, says critic Molly Haskell in the Warner Bros. DVD featurette. Not to any man who comes across her path is she loyal. The only thing she wants is the money. 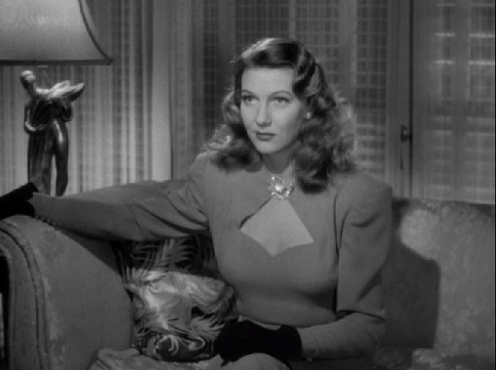 In the DVD commentary, historian Glenn Erickson and writer Stanley Rubin note that as an English actress, Gillie was new to Hollywood and didnt have to worry that by being a total bitch she would lose favor with her fan base. So, shes a total bitch and then some. (Rubin conceived the Decoy story; Ned Young wrote the script.)

Gillies is the standout performance, but the guys certainly hold their own, especially Sheldon Leonard as the conflicted cop. (Leonard also played Nick the bartender in Its a Wonderful Life.) I love the part in Decoy when Leonards Jo-Jo sits on a bar stool munching a snack  not a burger or fries, but a hard-boiled egg. Mmm, what could be better than a beer and a yolk? Another great moment is when he bums a stay-awake pill from Dr. Lloyd.

Like most B-movies, Decoy was cheap and churned out quickly, yet director and co-producer Jack Bernhards artistic style distinguishes this film from run-of-the-mill, mediocre B-fare. Decoy was out of commission for several decades after its release; a screening at the American Cinematheque about 10 years ago earned fresh appreciation for the film and director. 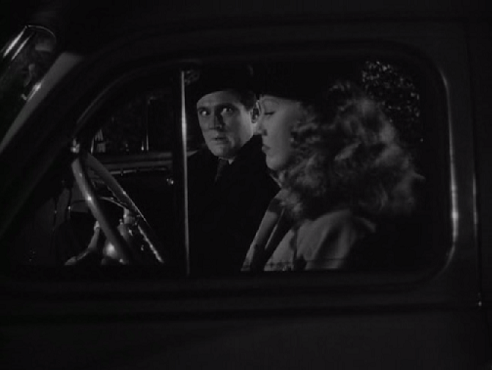 Bernhard discovered Gillie in England while he was serving in World War Two. They married, made this film and split up. Sadly, Gillie died of pneumonia in 1949, at age 33. Bernhard disappeared from the Hollywood scene shortly after and little is known about the rest of his life.

So, have I convinced you  are you going to give Jean Gillie a chance? If I havent, guess Ill have to pry myself off the sofa and hit the pavement. Just as soon as I finish my nap and book my massage.

Film Noir Blonde is the first woman to write for Ruthless since 1982. She's also a real journalist who has worked for The Chicago Tribune. Her excellent noir blog is www.filmnoirblond.com