Home / Reviews / Movies / All is Lost

Is a 30-second misstep enough to sabotage an otherwise exemplary cinematic journey? Can an unfortunate decision, the mistake of a relatively novice filmmaker, perhaps, derail what had been, up to that point, an immersive, wholly unique experience? In other words, if the date has gone perfectly  the meal, a gourmets dream, the movie, a mutual favorite; shared glances, hands held, pecks exchanged, butterflies on both sides  is it still one for the books if she doesnt invite you upstairs? Its a call few of us are willing to make, at least not without a great deal of hair-pulling and teeth-gnashing. Blown opportunities mean little when were dealing with mediocrity, but what about near-perfection that slips away a moment before the door has been nailed shut for all time? When you can practically leap from your seat, drooling like a half-wit, begging the film to vaporize at the very instant it should cease its narrative flow? When you wish the whole thing were a test screening, and you alone could determine the outcome, refusing to allow the actual product to escape as-is? No, goddamn it, dont go there! Please, in the name of all that is holy, cut the fucking film right the fuck now; snip it, before you dash the dreams of all who beg for our artistic beauty in bite-size chunks of audacity, not the middling crumbs of compromise. But we are passive. Mere viewers. And we have to take what weve been given.

As J.C. Chandors All is Lost reached that fateful moment of decision, a turn I knew was coming thanks to sneak peeks at various reviews, I could not help but channel TV legend Florida Evans from Good Times, who secured sitcom immortality with her grief-stricken release of Damn, damn, damn! She broke a punch bowl, but I wanted to break someones nose. But I stood by her side in one important sense: I just couldnt hold it in anymore. I wanted to cry. Why do they do this? Tease us with greatness, only to fuck it all to hell with unnecessary experimentation? A spoiler, you say? Damn right. My day was destroyed, and Im here to return the favor. Robert Redford survives. Or he doesnt. Or he dies and ascends to heaven via the hand of God. Or all three. Im convinced its the least attractive option  the one involving a life after death that only really exists for the deluded and the insane  but in any real sense, its left up to the viewer. Which is madness. Normally, Im the most ardent defender of ambiguity, but not here. Its tonally wrong, and extremely off-putting. Moreover, its pure, unadulterated chickenshit. Youll let the audience decide? Why? Is the film improved by turning the harrowing experiences of a human being into some Choose Your Own Adventure game show? For once, and goddamn it, I mean it, just this once, the story requires closure. We didnt come this far to have our chain yanked. 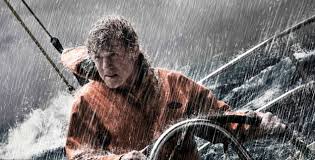 If I sound like your average multiplex yokel dissatisfied by loose ends, well, so be it. Above the need to have my intelligence stroked, I demand consistency, both in terms of character and story. If the table is set in a particular way, dont change the rules at storys end like you can fuck with the universe at will. And if I wanted to be lied to like a child, Id watch Life of Pi again. We are given simplicity throughout  taut, beautiful simplicity  and when the going gets rough, as in, when you have to end the movie, you cant step outside for a smoke break while we clean up. This is a literal story with unshakable facts before us, and you are not allowed to delve into the fantastical because you dont want to offend the box office. If you want to kill the man, do it. Let him die. If he lives, as silly as that might be given the context, then stick to your guns and haul him aboard for a clean-up. And if he sees the light and comes to Jesus, thats okay with me, as much as fairy tales grate and distort and reduce lifes mysteries to coloring books. But its a position. Youre taking a stand. Heres where weve been, and this is my final word. Dont like it, make your own movie. But Chandor is a coward. A simpering, gutless, fool of a man with no heart. And dont get me started on his brains. I went from love to loathing faster than at any time in my movie life. And believe it or not, Id rather be in love.

So we know the ending is such that the director deserves to be hounded out of Hollywood forever and reduced to serving coffee to older, much wiser visionaries, but what of the rest of the package? If only it stunk. But life is never that easy, and mine sure as hell isnt. Before the fall, I was transported. It was magical. With almost no dialogue, backstory, or subplots, I was transfixed, not by a constant barrage of distraction, but the splendor of minutiae. Above all, All is Lost is about process, when all of life is reduced to only the essentials. Theres no philosophizing, reflection, introspection, or examination; only the second-by-second need to stay alive. As such, every groan, creak, crack, and droplet takes on monumental significance, if only because a failure to comprehend is, at this stage, potentially fatal. How wonderful indeed to spend time with a character without definition save the task before him. And if he could talk  or would  what would he even say? Precisely. Its why all the praise for Redfords performance is justified, because at every moment that counts, which is at every moment, we know hes thinking exactly as we are, where long-range planning yields the urgency of now. Try this, do that. Here is what Im left with, so lets see what the other will get me. Its a remarkable screenplay, for every event feels utterly authentic, unspooling in real time, without the inevitably of so many clockwork storylines. For once, its all about what isnt said. A mere face does all the work. 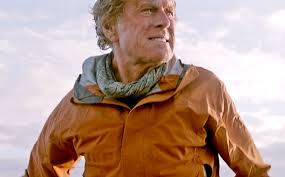 Unless its utterly formulaic, which we know is not the case given the lack of conventional cues, the whole thing is only headed in one direction. The sea is too vast, the boat too imperfect, the storms too insistent. The mistakes were made before the man ever set sail, and hes not preparing for hugs and kisses and a robe to relax in. Hes acting instinctively, as any man must when faced with no real choices. He could end it all at the outset, of course, only thats romantic folly. Even the most depressed and fatalistic among us choose life, at least for as long as it remains a viable and relatively pain-free course of action. This is just such a man. And I could have watched him for hours, just those eyes and the open water, gazing into the pitiless void. One particular moment struck me, and so help me, I felt pangs of melancholy. Our sailor exposes his bare arms to the vapor, rubbing it in like a tonic, looking about not for meaning, but simply to exist at this moment in time. He is old now, spotted and cracked, though still Redford through and through. Here is a man in his twilight, and even without this predicament, hed still be facing the same mortality. Time ticked away in sick mockery, here or there, and I hated the whole damn enterprise. Not the movie, of course, but aging and death. I wanted to crawl away and cling to an illusion of permanence. Any illusion would do.

But it all moves on, as we know, and if legends break down from this weary walk, what hope have we mere mortals? It was hard, then, not to think about that final breath, but again, one need not flirt with depth to enjoy All is Lost. It can go there, if so desired, from the old chestnut of the existential crisis we all face, to what it means to be truly alone in a world that seems to have made such a thing impossible, but its not really all that important. So often we have to pretend to care about whether boy gets girl, man gets money, or a group of men find that lost city of gold. Isnt it enough to pump the water from a boats cabin? Or log ones progress on an unspeakably large ocean? Or make hasty repairs to keep a sinking at bay? And to do it not with extraneous commentary, but simply to get it done? I inhaled every taboo-breaking moment of it, and hoped the crowd would howl in protest as I sank deeper into pure bliss. It wasnt a sadistic pile-up, after all, where a man, more Job than John Doe, is broken for the sheer pleasure of watching him squirm. There would be no trial by fire, or redemption through suffering, or any of that nonsense that ascribes value to endurance. No judgment, thankfully, because the context doesnt call for it. Just a life, the efforts to extend it, and its end. Clean and simple, though never easy. 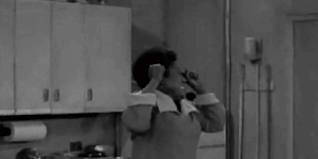 And then.which is how this all started (cue Mrs. Evans again). Questions we should have, but Chandor has us asking all the wrong ones. Think of it: we had the opportunity to prove that we could bestow true empathy and compassion on a stranger, enjoy our time together, then say goodbye. No hard feelings, because well be there soon ourselves. Instead, we wrestle with the improbable, such as whether or not his fade into the waters darkness is but a dream. He falls an awfully long time, so our brain tells us he dies, but what of the light above? The stirrings of rescue? And his mad swim to greet his liberator? Could it just be the hallucination of a man slipping the surly bonds of earth? I sure as shit hope not. Some have said ones interpretation is based entirely on ones worldview. Pessimists have him dying, optimists want him to live, and the spiritual, well, they get the best of all worlds because warm and fuzzy still electrify our dominion of dullards. An empowered public, as if the director were handing out populism with our Halloween candy. But were not children. We can handle it. Straight, no chaser. Well break into separate camps at some point anyway. But what you choose to see as mysterious, I see as manipulative. Because in the parking lot, were discussing a possible result, when all we should be caring about are the events that got us there.