Exit The Transformer- an Obituary for Lou Reed 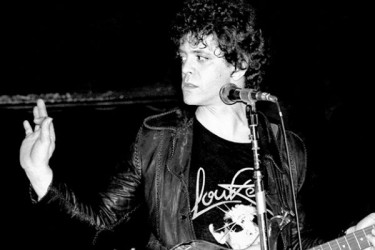 World Misanthropy Champion 1967-2013 (his only real competitors were Nixon and G. G. Allin).

The Midnight King of New York City is Dead.

“I’m waiting for the man” and the lights of the bay bridge. Driving out to City Lights, tenderloin, Northbeach, hopeless suburban wannabes somehow thinking they could find the real thing. Listening to “Heroin” on endless loop in a wet winter morning, depressed and buried under blankets. Racing through the Napa hills as sunset came on and “Vicious” blasted, feeling boundless and brakeless and American and free. Going to college, I had the strangest mondegreen about “Perfect Day”- I was convinced the lyrics were: “you’re going to Reed, just watch your soul.’ (actually, the lyrics are “You’re going to reap just what you sow.”). I can’t say Lou Reed wasn’t an influence on my life.

Another of the great mutants of the baby boomer generation, washed out later than anybody could predict. Drip, drip. Cast down the lights on 7th avenue, on Bleeker Street, in the Bowery and Harlem.

He was the quintessential narrator, callous and flippant and cool through the wonderland of late 60s Factory bohemia. A part of his magic was his restraint- he didn’t sing with perfect emotional neutrality, but his emotion and inflection were muted, tempered under a mix of sarcasm, contempt, and alienation. There’s a reason his music has been hipster catnip ever since. And he was cooler than everyone, crueler than everyone. A relentless bastard to friends and foes alike, alienating as fast as he enchanted.

Lou Reed did more to sell New York City than Ed Koch or Sinatra. He was the apostle of the Village: the dream that Harlem and Greenwich were these churning furnaces of drug heads and weirdoes, ever rising, ever fixing, and ever crashing into the oblivion of overdose.

I never wanted to be Lou Reed, but I certainly wanted to sound like him. His was the voice I imagined to Balzac, to Holden Caulfield, and to Nick Carroway. At the wildest parties and the worst gutters that I witnessed, I wished that Lou Reed was on a corner, neither to act or to advise, but merely to observe and record. I could reckon an existence of God if I thought God to be like the icon of Lou: omniscient but too hip to ever intervene. 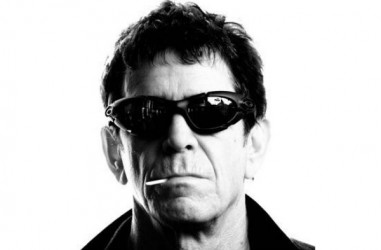 All you hipsters hiding your anxiety behind shades, you can thank this man.

Lou Reed came into the scene with Velvet Underground, the definitive template for an alternative rock band. From the girl drummer of Moe Tucker, to John Cale’s droning guitar, Velvet was the mold for the concept of an alternative band. As they went along, Lou pivoted the band from the valium candyland of Velvet Underground and Nico into a more raw, frenzied sound, a crucial forerunner of punk. Punk was originally a pejorative for the bottom in a homosexual relationship; with his songs about drug use and drag queens, Reed created the definition of punk. But it wasn’t all degradation of horror- from Reed’s pansexuality, to Warhol’s cultivated androgyny, the scene was about blurring and eschewing identitites, genders, lines parsing pleasure from pain.

But there was more than White Light/ White Heat and Transformer. His remaining career was filled with infamous failures. Why did his last album have to be Lulu? But he also made wonderful, bleak albums like Magic and Loss, a gloomy meditation on death, framed by the death of many of his old friends. It makes sense that Reed would survive Andy Warhol and Sterling Morrison; he was the chronicler.

Kurt Cobain expressed his interest in Heaven being a “Leonard Cohen afterlife”. I prefer to think of the celestial party, an unending hall of white rooms strewn with martini glasses and confetti, a night club too cool to ever enter. Mine is to ever hover on the outside, looking longingly at The Fringe. I’m more square than a plaid tesseract, I occupy some hyper-position antithetical to cool. But Lou Reed is In, man. He’s always and forever in. Give me a Velvet Underground afterworld.

The lights are waning on Coney Island, dipping low. But they shall never go out. We’ll keep dreaming for all tomorrow’s parties. Goodbye, Lou Reed, and thank you.