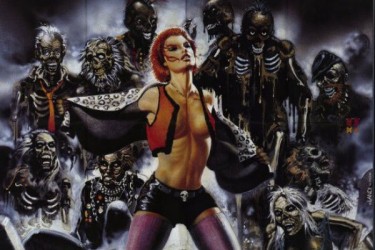 The finest exploitation that the 1980s could offer

Fair Value of Return of the Living Dead: $36.00. It’s the platonic ideal of an exploitation horror film, an endlessly re-watchable slice of grand guignol.

Tagline: They’re back from the grave and ready to party!

Nudity: Linnea Quigley plays Trash, a gothic redhead who spends most of the film in the nude, after performing a strip tease. The survivors also interrogate the topless (and bottomless) zombie…but that’s not so titillating. 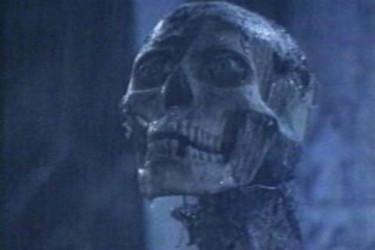 DO YOU WANT TO PARTY? IT’S PARTY TIME!

The Monsters: Return of the Living Dead Zombies are at the far end of unfairness as far as zombies go. They’re intelligent, fast, infectious, and every part of them remains animate regardless of how much damage you do. The humans barely have a chance when there’s only one or two. Once the cemetery starts kicking, it’s an apocalypse scenario.

At the same time, the very intelligence of the zombies gives them a character that has defined zombies ever since. This is the movie that invented the trope of zombies loving to eat brains. These are the most enthusiastic and fun zombies that you’ll see. That’s a large part of the charm of the film, is that the living dead are actually as vibrant as the living.

How Terrible Is It All, Really? Looking back I realize that I watch this movie nearly as often as I watch Apocalypse Now, The Howling, and The Thing. The comedy and the punk-rock aesthetic, along with the great special effects, make this a go-to B-movie selection. It’s one of the best horror comedies of the 1980s, and it would take 20 years for something better to come along (Shaun of the Dead).

Moralizing Schadenfreude/ Strafelust: The nudist Trash suffers the classic ‘trip while being chased’ downfall, but that’s more a matter of wish fulfillment, given her earlier monologues. Beyond that, Return of the Living Dead is very nihilistic in death-dealing. The incompetent idiots have equally good odds with the policeman and paramedics. One of the secrets of Return of the Living Dead is that it’s a comedy of errors, where each kludge to fix one problem leads to even greater problems. 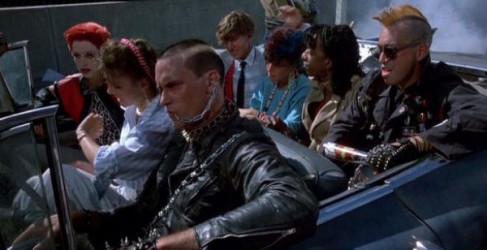 Shrill Political Message: It’s pretty scathing towards the military and small business owners alike. If it hadn’t been for warehouse owner Burt’s fear of government regulators stopping his shoddy corpse warehouse industry, things might have turned out for the better. But on the other hand, the Army’s response is simply to nuke Lexington. So maybe Burt’s reluctance was justifiable.

Best Novelty Death: Hapless Frank, the senior warehouse worker, now fully zombified, still has the presence of mind to pull himself into the cremation furnace, but only after saying his prayers and kissing his wedding ring. Naturally his sacrifice only serves to create yet more zombies by releasing more Trioxin into the air.