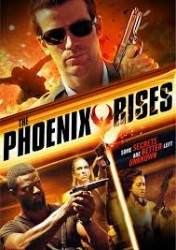 The Phoenix Rises! Now that sounds like a movie. Ive always liked that, when a title doesnt give away the story. Why, it could be about anything!

And the intrigue doesnt stop with the generic title. The opening credits, easily the most dramatic in the history of film, are a cacophonous mix of looming atrocity and belligerent white noise. It is, frankly, the soundtrack for our insecure, paranoid age. Then we see him. The man with the phone. His back is to us, and he walks briskly, with purpose. As the movie rattles with apprehension, he speaks: The vessel is underwayThe revolution has begun. It will be the first of at least two hundred lines of dialogue we will not even begin to understand.

So why does the action suddenly cut to Ecuador?

Theres a Skyhook meeting, dummy, and the worlds most elite counter-terrorists are on hand to receive their marching orders. Phoenix Actual will be implemented in five days time, and our heroes must stop the madness. Never you mind that two of the female agents are straight from a lingerie catalogue and speak as if forced at gunpoint; they are part of a new generation of intelligence, where the enemy is kept off-kilter by the stunning physical beauty of the American national security apparatus. Dismiss Jan and Maryanne as eye candy at your peril, for they alone can create rare-earth supermagnets capable of finding theoretical countermeasures. Yeah-huh, the pensive black guy just said so.

Well, if I can accept hotties as brilliant scientists, I guess I can also accept a CIA spy named Tom Jones.

Can and will, sir, and hes just handsome enough to forget that you too doubted his ability. But within five minutes of his arrival in Ecuador, he survives the most inept assassination attempt in world history. This happen to you often? his driver asks. First time today, he responds, pausing only to remove his sunglasses. And were off and running.

Would you just get on with it, already? There are terrorists and counter-terrorists. Whats the plot?

For years, the United States has been controlling the weather. Shit, for decades, man. Only now, it’s all gone out of control. There are bad guys who got hold of some nasty shit, and theyre about to go global. Change our world overnight. Something about an ionospheric heater and all that. I mean, changing the ionosphere was cool when we were locating oil reserves and simulating nuclear explosions, but this is serious. Theyre going to manufacture superstorms and send them to New Orleans. Again!

They never say. But they have two, count em, TWO foot soldiers to enact their crazy scheme. The leader, Jamal, is from Sierra Leone, but talks like a Jamaican. Hes also the only character who is subtitled, which I think is racist. His partner, a massive Russian lesbian who looks like Dee Snider without the makeup, is the one who botched Tom Jones murder at the beginning of the movie. Having failed to shoot a stationary target, however, shell be more than ready to force EM waves to cause tectonic stress, thereby producing the worlds most devastating earthquake. 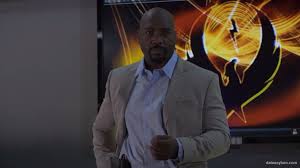 Wait a second, who is this Bob Smith fella? Did the government really hand the most important job of all time to a black man?

Not only that, but he has the most important speech in movie history, at least if youre a conspiracy buff. It seems, wait for it, chemtrails are real. Heres how: There are multiple programs involving the introduction of aerosols into the atmosphere right now, but for the amplifying effects of the I-heater, the primary particulates are barium salts. The barium is released into the magnetosphere, where photoionization increases conductivity, enhancing the effects of the beam. Enhancing the effects of the beam! It was right there in front of us all along. Suck it, skeptics.

Thats a mighty big revelation. Anything other conspiracies that changed history?

Remember the Tungaska Event, when an asteroid or comet caused a massive explosion 1000X the power of the Hiroshima bomb? When 80 million trees were leveled in Russia? Not so. Seems Nikola Tesla was fucking around with worm holes and he ripped a gash in time or some such thing. They  and you know who they are  covered it up for over a century. But now we know. And Fukushima? No accident. I mean, the meltdown was (wink-wink), but the earthquake and resulting tsunami were not. We fucked with the weather and it got out of hand. Oops. And dont even ask about the swine flu. Seems that resulted from us trying to stop something ion-related, and we were all out of non-toxic photoionization chemicals. Some had to die so most could live!

Speaking of tsunamis, I liked when that one chick talked about them like she was waxing poetic about shoes.

It could trigger a mega-tsunami, she OMGs, 50 million people, like, dead. Walls of water 100 feet high! Thank god they secured a real actress to convey such dire information.

Okay, so this motley crew of misfits is tasked with saving civilization. And I get why one of them has to be fat and wearing a cowboy hat. But why on earth are two of them kidnapped?

The hottest ones, as expected, are attacked by Jamal and the Russian lesbian, all because they have some suitcase that can, like, do bad shit. I mean, this suitcase is literally more important that the nuclear football, and these two chicks, chicks who spend half their screen time bitching about the men in their lives, are charged with its protection. More ridiculously, after they are held at gunpoint the first time, a lone guard is placed outside their house. One man stands between us and the end of all life on earth. This is Obamas CIA, ladies and gentlemen. 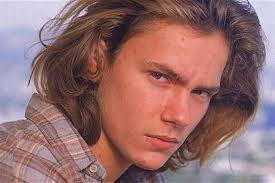 So where does this group settle in? I mean, theyll be working with massive computer systems, blinking screens, petri dishes, microscopes, and any number of HDTVs. A bunker somewhere under Langley?

Kansas City. An enterprise bigger than the Bin Laden raid, and it all goes down in the ugliest American city thats not Buffalo. Worst of all, they use helicopter shots throughout that try and make it look attractive (or at least prosperous), when, having been there myself several times, its just a matter of time before itll be jerking off Detroit behind a dumpster. Just a nasty, soot-covered town. I have to believe the Chamber of Commerce let the filmmakers shoot for free, or perhaps gave them Chiefs tickets or something. I mean, who comes to KC unless under duress? Time to dig up Harry Truman and put him somewhere respectable.

As bad as that sounds, the dialogue sounds worse. Technobabble or gobbledygook?

A dash of each, with a generous helping of gibberish. Regardless, every third utterance has an exclamation point. Heres a sampling:

Bubble shape WILL be optimal!

Bubble manipulates are in distribution!

One more thing concerning the two chicks who get kidnapped. Do they find love?

When they arent redirecting isotopic beams into bubbles of barium, they have girl talk. That, or we get flashbacks of relationship woes. Your first marriage will be your work, one cries, in a manner that explains why all men choose to stay late at the office so they can avoid coming home to, well, that. And one, clearly in love with the hunkier member of the team, suffers a bit of trauma when shes raped off-screen by Jamal. All we see is his gun lifting up her dress, but we know the score. Shes damaged, but shell still get her engagement ring at films end. So will the other babe. Maybe now theyll stay the fuck home and leave the heavy lifting to the menfolk. Ain’t a woman alive who can tangle with ions and live.

Holy shit, is that Jaleel White as one of the mercenaries sent to rescue the kidnapped chicks?

I swore on the lives of my grandchildren that it was Urkel in the flesh, but imdb came up empty. Maybe he appears unbilled. Some do that, especially those whose careers have fallen into such disrepair that all they can do to keep the lights on is agree to a role with no dialogue and little more than an eye-roll. Like Mickey Rourke.

Okay, then, just wrap this shit up. I have things to do.

Jamal is killed in the rescue, but the Russian survives to haunt Maryannes dreams. For some reason, the hallucination involves ballet. The Category 5 hurricane headed for the Big Easy is intercepted and reduced to a cool breeze. California is spared an earthquake. ELF waves do battle, and the ones on the side of righteousness prove superior. We did it! they cry, as if we know what it even is. Save millions of lives? I guess, but we could really just be talking about hundreds.

Did a film about terrorism really end with CIA agents proposing to other CIA agents on someones front lawn?

Yes, with one helluva song to boot. I think it was Sheryl Crow.

Chemtrails. But keep it under your hat.