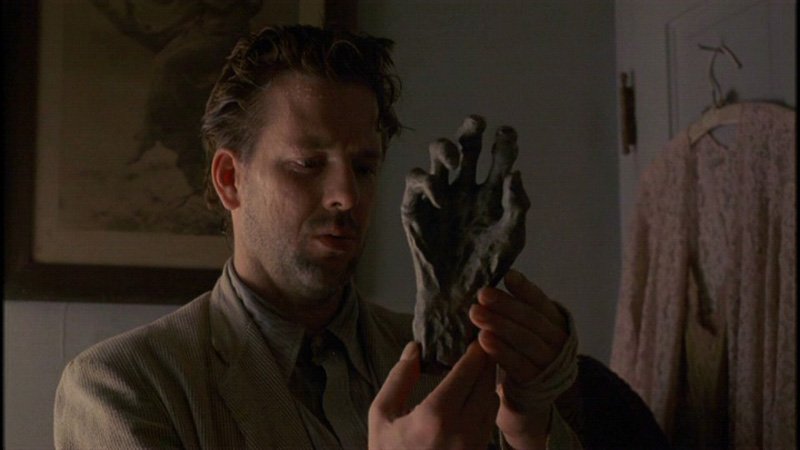 Often it comes as a shock to us that our perceptions change over time. More specifically, our tastes in what we consume pop culture-wise do shift (at least for the thinking person) as much as we might not want them to. Sure, for a way too large segment of the population Saturday Night Live is always going to be the be-all and end-all when it comes to comedy. Even though the show hasn’t been anything other than mildly humorous since Jimmy Carter was running things (fine, Celebrity Jeopardy had its moments). At one point two, maybe three decades ago, these unthinking folks came to believe that SNL was funny. And now, no matter how much evidence to the contrary exists (what is it, 20, 25, seasons since Belushi OD’d?), their minds are made up. However, for the rest of us, for the discriminating segment of the populace that thinks critically, that fearless group who refuses to follow party line and boilerplate, those who read thought-provoking, cutting-edge publications like Ruthless Reviews, we have to and need to continuously reexamine our long-held opinions to ensure that our thinking is still valid. Otherwise we become what we most despise–mindless.

What I am trying to say is that when I was seventeen years old I thought Angel Heart was the shit. Now that I am eleven years older, I think Angel Heart is shit.

I believe at least twice during the movie I turned to my girlfriend and told her it would be OK if we shut it off. Her attitude was, “we’ve made it this far.” And so it happened that I watched Angel Heart for the first time since I thought Star Wars was mankind’s greatest achievement. First, let me just say right off the bat that the appellation “Louis Cyphre” is not cute, creative, frightening or otherwise. What it is, is lame. Robert De Niro plays Satan. Lucifer, Louis Cyphre, Lucifer–get it? It of course takes protagonist Harry Angel (Rourke) the whole of the movie to figure out this complex anagram. Even though people are dropping dead all around him from ritual murder and he has a pentagram carved into his own chest. Not that there is a great way of handling the Devil’s name onscreen–in The Devil’s Advocate Satan called himself John Milton, no doubt after writer John Milton who was probably the first person to describe Beelzebub as a sympathetic character. And that makes as much sense as the U.S. Army nicknaming Iraqi insurgents “Wolverines” during Operation Red Dawn. Milton died a very faithful Christian.

Worse than the gag which everyone got was the tortuous way that Angel Heart plodded along. Ten minutes into the film there was already a flashback reminding you what happened at the five-minute mark. This also happened at around thirty and thirty-five minutes in, respectively. Different flashbacks, same awkwardness. Talk about a lack of confidence in your craft. Oh, and about an hour and ten minutes into the film, nothing has happened. Worse still was the flashback sequence set twelve years in the past that played every three minutes of the film. Rourke is in an elevator headed down (hell, get it?), a man in Times Square is turning around but we can’t see his face, who is it? (it’s Rourke), etc. The narrative was clumsy and forced all the way through. The soundtrack for the film was awful. Imagine an elephant heart beating in your head. Worst of all, and this was particularly grating, every time a body was found there was screaming! Not by Rourke who finds all the bodies, no. The movie itself just starts screaming at you. Like I don’t understand that a post-vivisection Charlotte Rampling is a horrific sight to behold? Director Alan Parker (Midnight Express, The Commitments) is normally good at what he does, so I’m going to blame whoever it was that wrote the script. What’s that? It turns out Parker adapted the script from William Hjortsberg’s novel? Fine then. Mr. Parker, it’s your fault. And The Life of David Gale sucked a big one, too.

And how is our man Mickey Rourke you ask? Again, as I felt and said when watching and reviewing A Prayer For The Dying, Mickey could have had it all. Robert De Niro not only gets upstaged by Rourke, but comes off looking as hammy as he did in Analyze This/That. On all fronts, Rourke is constantly undermined in Angel Heart. Whether it be leading actresses who can’t act (how in the hell was anybody supposed to buy Lisa Bonet as some sort of backwoods Santerian sexpot?), scenes that while intended to shock and disturb only serve to annoy and disturb, or simply a director too lazy to develop any shred of personality in any character other than the main, Mickey had nowhere to go but down. He really had no chance. Angel Heart isn’t scary at all, which for a horror/thriller picture, is a bad thing. And that big twist ending–saw it coming a mile away, Mickey. Still, there are moments where Mickey Rourke was vintage Mickey Rourke and you are once again awed at a man who had the tough-guy appeal of a young Bobby De Niro and the straight-up sex appeal of Brad Pitt, and you are forced to shake your head. What could have been Mickey, what could have been.

The larger question, of course, is: how could I ever like Angel Heart so dang much? Allow me a few thoughts. First of all, “Louis Cyphre,” to the mind of a seventeen-year-old who reads Alistair Crowley and Anton Levay, is a brilliant play on words. Near perfection. Almost as good as “Natas” and “Redrum.” Second, I just wasn’t as smart back then as I am now. If I heard that a movie was supposed to be “chilling” or just generally scary, I would go into said movie not only expecting some frights, but I would actively search for them. Even if they weren’t there. The same analogy can be applied to many scenarios. At some point, I got in my head that Led Zepplin had really deep and meaningful lyrics. I probably squandered a good six months listening to “Stairway to Heaven,” both forwards and backwards, in order to glean some deeper meaning. Same can be said about me and Pink Floyd. Of course the truth is that Zepplin sang about Hobbits, jack-shit and backdoor women, while Floyd were just pre-new age dweebs. Back to movies; In 10th grade I watched Lynch’s Wild At Heart at least a dozen times trying to figure out all the hidden parallels between it and The Wizard of Oz. With Angel Heart, I was fully convinced it was a smart and frightening thriller. Today I am happy to say that even if Wild At Heart turned out to be some sort of Bachian-style fugue on The Wizard of Oz , I couldn’t care any less. More relevantly, I can freely admit that Angel Heart is dull, dense and poor. And the much-heralded “steamy” interracial sex scene between Bonet and Rourke isn’t all that. For reals.