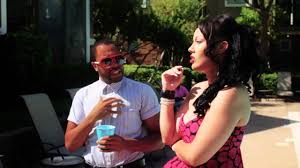 Lemme get this straight. Its a crisp, beautiful Fall day. Sun is shining, barely any wind. This is one of those days you thank Jesus youre alive. And you spend it with a movie whose cover features a half-nekkid black dude squeezing a football?

Tell me about it. This guys supposed to be a pro football star, yet hes clutching one of those Pop Warner balls with the white stripes on each end. Things no bigger than a grapefruit. And he plays in Dallas, right? I mean, the Cowboys name is never mentioned, but if the action takes places in Dallas and the dude is a ball player, then it has to be for the only pro team in the city, correct? So why the playing field all look like some cheesy back lot? Aint no sun shining behind the goal post at AT&T Stadium, motherfucker.

So this a film about black people and youre going to talk like that? Thats how it is?

Thats how it is.

With a name like Sideline Confessions, I imagine it has to be good.

A tempting thought, but  how shall I put this  Ive never seen anything worse. At any minute, I thought the thing was about to break out into an amateur porno or something. “Yeah, coach, I can run the spread offense. Now spread dat ass.” For one, the whole thing done shot on a camcorder. The lighting so poor, I couldnt make out what the fuck was going on in just about every scene. Okay, so I can see a bit in some of the office scenes. But a bar or nightclub? Fuck that. Shooting that shit by candlelight or something. When its not foggy, its blurry. And the sound! Between the mumbles and grumbles, I may have caught a whisper or two. For a good half-hour, I thought the DVD was broken (foreshadowing). 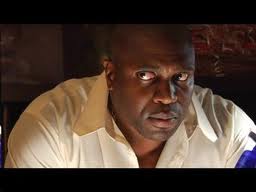 Okay, so the sound and picture suck. Sorry they cant get more money, your highness. And good actors are expensive. Black filmmakers face a lot of adversity, you know. Spike Lee had to seek private donations just to finish Malcolm X. Now wait, though, how you know the director is black?

Thank you. So at best, were looking at a $35,000 budget, with everything shot in and around Dallas. So the lead character, Candy, shes supposed to be a high-priced, big time sports marketer, right? Why her office some low rent closet with no furniture? She doesnt even have a phone system, just an assistant with a cordless. And Im not sure what these people do to earn their bread, but everything must be in those files. I mean, all they do is ask for files. Constantly. Unlabeled files at that. And thin, too, with, like, one piece of paper in each one. But that assistant sure does write a lot on that one sheet. Writing and writing, busy little hand. By the way, his name is Twinkie, and hes the broadest gay stereotype since Charles Nelson Reilly last appeared on Match Game. Between bouts of sass, hes calling someone girl or child. But at least the dude can act. Candy? As played by Frankie Blair? Not now, not ever. If she works again, Im filing a lawsuit.

So back to Candy. Shes going places, what with that office and shit. But then she meets Eric Whitaker, the ball player in question. Turns her life upside-down, right?

Their first meeting is the stuff of legend. Blurry and dark, I think they kiss, but who the fuck knows. But Eric is aggressive. Too aggressive. I can be sweet as candy, he reasons, though hes unbuttoning his shirt at the time. Will she bite? She hands over her business card, so its on. Maybe theyll see each other at the next days Outreach Carnival, which is some event at a high school where ball players sign autographs. Eric is joined by Gregg, another gridiron great who is apparently still starting for Americas Team at the age of sixty-three. He all ashy and fat, but I guess hes a star. If Im not mistaken, the carnival is taking place in Candys office or some shit, because NFL stars would take time out of their day to meet and greet in a poorly lit basement. The scene plays as it sounds until some old hag steps in and  I shit you not  turns to the side to read the cue cards! I had to watch it five times to be sure. I think she was LaShirls grandma. But at least Candys a professional. Shes at work representing her company, but she spends half the time rubbing her hands all over Eric in full view of the kids.

Tell me about the Buttons Nightclub.

Not much to tell, except, despite a full parking lot, its the quietest nightclub of all time. Seriously, like, no noise. Not even the rattle of ice cubes. Maybe they shot the exterior of the place, but couldnt actually go inside because it was just some idiot with a camcorder. So they shot the club scene in Candys office. That has to be it.

So Candy and Eric have sex?

They do, but we dont see a damn thing. Instead, they cut to the phone call the next morning. And about these phone calls.You know how when two movie characters are on the phone, they cut from person to person, or, if we hear the other person on the line, it sounds like, well, a person on a phone?  This film so cheap it cant afford the effects to make a phone call sound like a phone call, so when the cameras on Candy with Eric speaking, its like the cameras back on Eric. Or like hes in the same room. This might have been tolerable had it been one phone call, but it happens over and over and over.

And why does Eric only call Candy while hes shaving?

You tell me. He also calls her while jerking off. At least I think he was jerking off. Might explain the grunts and flop sweat. 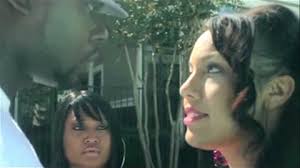 Candy wants a real man, but Erics just a dog. She brushes him off, then he brushes her off, then she calls his house and some other woman answers, and so on. She wants love, but hes just a dog. Oh, I already said that. They run into each other at a party, he doesnt remember her, then she gets pissed, he apologizes, then she leaves. He shows up at her house drunk, and of course, the scene is blurry. And hes an NFL star, right? So why the Ford Festiva? I guess it makes sense, as Eric goes TV shopping at a fucking Rent-a-Center. And when he sends Candy flowers, I guess he thought some sorry-ass dandelions would suffice.

This is going nowhere. Any memorable dialogue?

Betty Crocker, get out my mix, is a personal favorite.

Surely Candy goes crazy and gets revenge or something, right?

After sex one night, Candy pretends to leave and hears Eric on the phone with some other bitch. I cant hear what he says, but I assume Candy does. Anyway, she confronts him, words are exchanged, but then the DVD skips. I cant recover the lost three minutes. Id go back to the menu and try chapter search, but this shit so low rent it doesnt even have a chapter search. What happened during those three minutes will forever remain a mystery, but all I know is, Candy is glaring at Eric in a club as he chats up some white bitch. She screams at Gregg, he screams back, and the DVD stops again. Freezes in time. Im at the 52-minute mark and theres still a half-hour to go! I try and try, but nothing. So I skip ahead about ten minutes. Frozen again. Pops and cracks, then stops altogether. 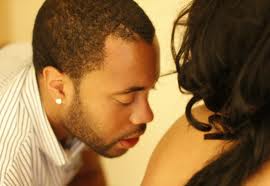 So go rent another copy. At McDonalds this time, not fucking Walgreens.

$1.30 is enough. Im fairly certain I dont need to know how this all turns out.

Maybe Candy ties Eric to the bed and stabs him repeatedly in the fucking heart.

Maybe we see more of Dallas than just some shaky, awkwardly-narrated establishing shot?