Where would we be without Matt Cale?…

The Nashville Chronicles: The Making of Robert Altmans Masterpiece

One of the few behind-the-scenes efforts that captures both a films
daily grind and its place in a larger cultural context. Stuart
documents the casting (Louise Fletcher nearly got Lily Tomlins part),
the shoot, the script preparation, and Altmans wise decision to let
actors write their own songs in character, as well as improvise as only
Altmans actors can. Of course, breaking down a film into its dozens of
different parts — funding issues, location problems, lateness, gossip,
on-set tensions — can take away the romance of the finished product,
but as Altmans projects are like no other, the book serves as a primer
on non-commercial filmmaking at its finest. Again, theres a healthy
amount of perspective here, both in terms of how the film was received
at the time (the country music community hated it, due mostly to their
inability to understand anything self-critical with a dash of sly wit),
and what it continues to mean to the world of cinema, which for Stuart
is a great deal.

A Cinema of Loneliness 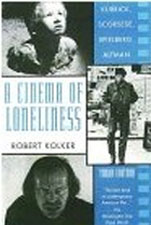 At times resembling a PhD thesis, Kolkers broad analysis of the
reactionary Hollywood product of the 1980s (as compared to the
liberating, alienation-themed films of the 1970s) is nevertheless an
entertaining, intellectually sound examination of the cinemas ability
to reflect cultural moods and shifts. The best chapters discuss Robert
Altman and Stanley Kubrick, demonstrating an understanding of their
themes better than any previous (or subsequent) author. Kolker has
nothing but contempt for Steven Spielberg as a social commentator (keep
in mind this book was written before Schindlers List),
although he respects his Riefenstahlian ability to brainwash the masses
with his well-crafted bullshit (his words, partially my sentiments).
Only after reading this wonderful book did I come to appreciate
Altmans genius (remembering, of course, that Kolker and I had no idea
that Ready to Wear was soon to come). Recent editions have
replaced Arthur Penn with Oliver Stone, which makes sense as Penn
hasnt made anything (relevant or not) since Carter left office.

If you gave me the chance, Id drive you crazy with endless chatter about the true Golden Age of cinema,
which ran from about 1968 until Star Warskilled it with one clean shot in 1977. Author Peter Biskind shares my
sentiments, although hes much more of a good sport about it. Gossipy,
outrageous, and sexy, Biskinds book shows how, despite (or, in some
cases, because of) rampant drug use and sheer recklessness, the
generation of filmmakers that included Martin Scorsese, Robert Altman,
George Lucas (before he lost his fucking mind), Francis Ford Coppola
(see Lucas), and Hal Ashby changed the world, only to watch it burn
with the rise of Reaganism. Here will you find Scorseses flirtation
with death, Dennis Hoppers violence, weekend marriages, and madness,
and a sense that despite the hedonism, were never likely to see such a
concentration of talent in this country again.

The Dream Life: Movies, Media, and the Mythology of the Sixties 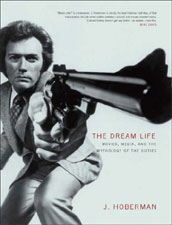 While academic in tone, Hoberman knows his shit, and Ive rarely
been as involved with a book about the cinema. Hoberman wisely involves
cultural and political discussions in his reviews, which helps us
understand why, for example, Nixon watched Patton several times before invading Cambodia,

and how at the time same time, M.A.S.H. spoke to the counterculture (and yet for my money, Ill take Patton).
Hoberman discusses vigilante pictures, blaxpolitation, the drug
culture, Vietnam, paranoia, the sexual revolution, and the biases and
prejudices of Left and Right that produced stunning cultural
documents, as well as self-indulgent garbage that, thankfully, remains
of its era. Too many dismiss the cinema as benign entertainment, but
Hoberman shows us that from the streets to the White House, film was
both reflecting and creating an entirely new way of imagining America.

If anyone has captured the spirit of the late Pauline Kael,
it surely must be Anthony Lane. More than a mere critic, Lane believes
reviews should speak to the surrounding culture itself, which means
readers had better be prepared for a host of allusions, references, and
witty asides. Lane not only has the ability to strike at the heart of
why a film succeeds or fails (usually in nasty, pithy phrases), but he
also deconstructs performances, style, technique, and theme in such a
way that one knows he is spouting more than mere opinion. In addition
to the exhaustive reviews (which are worth reading even if you havent
seen the movie), the book includes numerous essays about directors,
actors, celebrities, and the overall state of the art. Because of his
confidence (which can be read as arrogance), he has also adopted Kaels
tendency to polarize, which is the standard for any critic
worth his salt, after all, for who wants to a writer to inspire a
casual indifference? Thats why we have Rex Reed.