Elizabeth Short, the Black Dahlia, killed in 1947. Sliced in half, given the old Glasgow Smile, drained of blood and dumped in an empty lot. It was Orson Welles, wasnt it? That old dog. Tell me we learn that at the very least.

Dude, Orson Welles did not murder Elizabeth Short. At least I dont think he did. Not his style. But The Black Dahlia Haunting claims to know. The killer, at long last, will be unmasked. Was it a drifter? A top Hollywood agent? A gangster? The same guy who committed the Cleveland Torso Murders a decade before? Louis B. Mayer? Nope, nothing so exciting. It seems Ms. Short was sent to hell by Anton LaVey. At least a guy who looked exactly like LaVey. But I dont think LaVey was impotent. At the very least, I know for a fact the famous Satanist could cum. This dude cant. So he kills. As do they all.

Thats a lot of information for an opening paragraph. You want to back up a bit and set the stage? I mean, this claims to be the definitive account of one of the great unsolved mysteries of the 20th century.

Ill start with this: The Black Dahlia Haunting is 73 minutes long. The opening credits alone take up a 6 minute chunk. So we have 67 minutes left. Eliminate the establishing shots of hotels, the city of Los Angeles, and a hospital, and were down to 58. Throw out the end credits, the lyrical interlude where a character visits the Griffith Observatory, a few shots of that same character watching television in her hotel room, and weve shaved the thing to a taut 45. Well allow another 7-8 minutes for walking, expository dialogue, and some dude in a cave, and were left with a mere half-hour of an actual movie. And even that is padded.

But you told me nothing.

What do you want to know?

No, sorry. So were in the present day, and a young girl, Holly, is having nightmares. Seems her blind brother, Tyler, murdered their parents. Or at least her father and stepmother. Tyler is but a half-brother. So she visits Los Angeles to have a chat. See, hes in a psychiatric hospital and his caretaker, Dr. Owen, is a prick. He keeps insinuating that Holly was molested by her father. At least I think thats what hes getting at. And he just doesnt seem like a doctor. Something creepy about him. Maybe he killed Elizabeth Short.

Dr. Owen did not kill Elizabeth Short. I can say that at the very least. 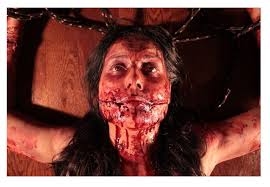 What else can you say?

Elizabeth Shorts ghost is restless. Shes even taken on the form of a black cloud. But like so many movie ghosts, shes a bit of a bore. Instead of exposing her killer, closing the case, or at least setting Los Angeles on fire, she chooses to spend her time talking to a blind teenager. She also haunts the dreams of a dude named Malcolm Gonzalez. When shes done with him, she appears to Holly on a street corner and in her shower. She even masturbates as she spews her hot breath into Hollys ear. Again, a little help here, Elizabeth? Solve one of the crimes of the century? No, maam? I guess youd rather whisper in a hallway and leave flowers for a lunatic. Thats productive.

But we get flashbacks of Shorts life, right? Maybe we can piece together the clues.

We get a lot of Shorts actual murder. Seems she was tied to a rack, sliced, and mocked mercilessly. According to this version, however, Elizabeth had it coming. She enjoyed the pain. Sick, sick girl. Outside of that, theres an uproarious scene of her performing a self-abortion in a motel bathtub. Got no money for no back alley butcher, she reasons, in the thickest Brooklyn accent Ive ever heard. Wasnt she from Massachusetts? Oh, and shes telling this to Marilyn Monroe. You know how it is, Norma Jean, she shrugs. Elizabeth Short knew Monroe? Knew her well enough to share abortion stories? And you thought the Shithouse wasnt an educational institution.

I still dont understand who this Malcolm Gonzalez guy is.

No one does. He finds a knife in a cave that was apparently used to kill Ms. Short, and it drives him crazy. The voices and visions push him to desperation, and he breaks into the institution to kill Tyler. Feeling remorseful, he shoots himself instead. Seriously, I have no idea. 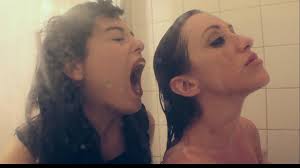 Hurt the ones who hurt you. Isnt that the ghosts mantra?

Indeed it is, so why does Gonzalez want to kill a stranger? And how does this relate to Tyler killing his parents? Applied to Holly, this makes even less sense, as no one alive actually hurt her. I mean, if she was raped by her father, hes already dead. Maybe I get why this Short chick was hacked to pieces, if this is how she spends her time.

I assume all this leads to Tyler escaping from the hospital and Dr. Owen being unmasked as a killer?

Good call. Owen, as we knew, was not what he seemed to be. You see, his grandfather was the dude who killed Elizabeth Short. And the good doctor, naturally, reveres him for it. Even has a shrine with candles, newspaper articles, and crime scene photos. Now Owen could have just killed and raped and whatever from the start, but it makes much more sense to spend a dozen years in medical school first. How else to secure the very patient who would bring him the sister who just might be the reincarnation of the Black Dahlia! Its all so simple. As he says to grandpas picture, I love youshe wont follow us anymore.

Um, yeah. What else? But before the actual murder  and Holly is most assuredly murdered  she too screams out with pleasure. Like Ms. Short, she loves to be tortured! Fuck my face, she roars, but Dr. Owen is also impotent. Shit, if this thing is genetic, were all in trouble. 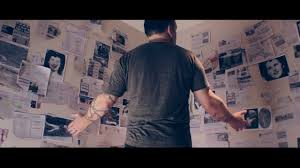 How does all this affect Tyler?

After killing Holly, Owen goes after the boy. Why, I dont know. But he has to be in that house at just the right time so Tyler can shoot him dead. After killing the doc, Tyler is no longer blind. And hes free to roam the streets, given Californias lenient parole board.

Okay, so it was Grandpa Owen who killed the Black Dahlia. Why the fuck hasnt he been arrested?

But if Elizabeth finally got revenge on her killers kin, why does her mist still haunt the city?

A sequel? Whats left to say?