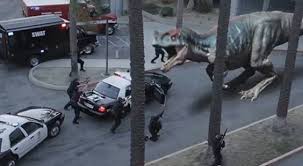 Im just going to be the first to say it  with an uncertain economy, terrorist threats, and that damned Obamacare website, what America needed above all was the sight of Treat Williams, atop the Hollywood sign, engaged in hand-to-hand combat with a Pteranodon.

Aint it the truth, though. Count me as a Treat Williams fan, even if, off-hand, I cant name a single movie hes ever appeared in. But hes the sort of character actor we always expected to emerge as a leading man; a handsome, gritty, rugged sort of dude who was always just a good script away from taking the world by storm. So I consider it both a personal insult and an affront to good taste and cosmic justice that hed be reduced to a DTV release that never got the memo that, well, were pretty much over dinosaurs in this country. Jurassic Park tapped into our primal need to see the long-extinct beasts resurrected and set loose among humans, but once we got that out of the way, we never looked back. Its over, baby.

Its almost as if the film recognizes this fact. I mean, Ive never seen less awe in the face of dinosaurs before.

Okay, this is a movie. We accept the world of that movie as a given. Suspension of disbelief and all that. So while we know that dinosaur DNA has never been used to bring them to life, we can kinda-sorta accept that it might happen. And it would be awesome, no? Fucking incredible and jaw-dropping? But when a good dozen dinosaurs of all sizes and shapes are displayed before a crowd at a convention in downtown Los Angeles, the people act as if theyre attending a spelling bee. Hell, Ive seen more enthusiasm at a Yakov Smirnoff show in Branson, Missouri. These are dinosaurs! And these ungrateful shits are the first human beings on planet earth to see them! Theyd rather be texting, apparently.

But you were texting while watching this movie. 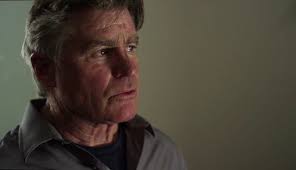 Okay, so Im not really interested, but how do the dinosaurs get to a convention hall in LA?

The film opens in Japan. Tokyo, more specifically, where all sorts of fucked up shit occurs at any given time. Not to put too fine a point on it, but the Japanese are the strangest people in the world. They circle jerk with robots, commit suicide with the same ferocity we eat cheeseburgers, and now, per a recently released, less-than-shocking study, theyve apparently stopped fucked each other altogether. They cant date, wont marry, and pretty much despise the mere sight of human flesh. In a hundred years time, theyll all be gone; Asian dodos at last because they never could learn the appropriate thing to do with their genitals. So it stands to reason that this same country would host a further attempt to fuck with nature. Seems the top brass of the Japanese scientific community has joined forces with the American military to take dinosaur genes, cross-pollenate them with Komodo dragon synapses, and produce magnificent creatures that will be sold to the Geneti-Sharp corporation. From there, theyll tame them, making them easy to rent and/or purchase. Maybe one day, you can have a Triceratops at your kids birthday party!

You bet it is. 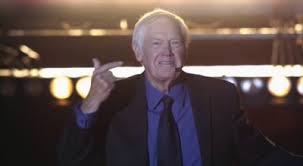 Not Ronny Cox! Not him, not now.

Ronny Cox. The man himself. And here he is, the greatest villain in all of 80s Action, reduced to a supporting role in a dinosaur movie. The Deliverance star, playing second fiddle to Treat Williams. Life is beyond cruel.

So why does Ronny do it? Why play God? I mean, besides the money, of course.

To quote Ronny himself, because its kick-ass cool. He wants dinosaurs in museums, yes, but also at corporate events, stadiums, and reality shows. Maybe the Super Bowl. The skys the limit! But within two minutes of the unveiling, the damned things escape. They no longer respond to the sonic beams, whatever that means, and manage to break through the cages that are, according to a cocksure scientist, built to withstand atmospheric re-entry. Whatever that means. Glass is smashed, the stage is destroyed, and heads are separated from bodies, yet Ronny still manages a soft-spoken, Its okay, its okay. Its a short-lived optimism.

Im guessing this is where Treat Williams steps up. A hero will rise, right?

Hes a furloughed firefighter, but he still retains his civic duty. But hes a father first, and his dippy teenage daughter has wandered off. So while dozens die screaming in pain, hes trying to find her. Naturally, since hes facing beasts 25-30 feet tall, he grabs an axe. Against all logic, he manages to be the first to kill one of the dinosaurs, right after locating his daughter in the corporations lab. He tells her to stay put in a locked cabinet, and she complies, first by taking off her cumbersome shirt to reveal the tighter, skimpier garment underneath. Hey, shes eighteen, so we can look. And look we do. Shes a nasty little brat, but shell have her time to shine, asked to run again and again so her perky melons can remind us why we hadnt yet shut off the DVD. 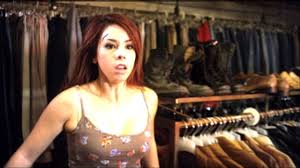 But is she really that hot? And what kind of name is Jade, anyway?

Okay, so while Treat and his daughter bond, whats Ronny up to? Surely hes pissed at the death of a dream.

Hes outraged. He was promised a smooth delivery of the dinosaurs! I mean, hes funding the most outrageous, appalling, controversial scientific endeavor of all time, and he cant fucking believe it didnt come off without a hitch. What a world!

I forgot to ask: how are the dinosaurs? Not that you can expect much from a film with a $55,000 budget.

Its as if Jurassic Park never happened. If anything, Age of Dinosaurs will set back CGI technology fifty years. Not a single creature was believable, and whenever the film took a dinosaur POV shot during a stalking scene, it looked as if a grip were creeping along with a dinosaur head tied to a broom handle. Even the shadows were clunky. To make matters worse, all of the deaths were off-screen. Except when that one dude was picked up by the Pterodactyl. But that looked like a cardboard cutout being lifted by a flickering cartoon. So I get it.

Hes more incredulous than stupid, but I was mostly distracted by his strange appearance. For the life of me, I could not figure out this mans ethnic background. Puerto Rican? African American? Chilean? Native American? Chinese? I have no idea. I needed to know, dammit, and the film ended for me when I couldnt make the call. And he fucks everything up when he decides to be somewhat reasonable, giving Treat more time before he blows up the building. 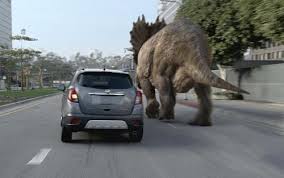 The movie gets cute at one point. Tell us about that, if you would.

After the bad guy  bad in that he let this shit get out of hand  is slaughtered by a dinosaur in the lab, the camera pans over to a Geneti-Sharp sticker. On it is written the following: Dodgson  D.N.  CE3K  6/9/93. Thats right, Lewis Dodgson, the Biosyn bad guy from the original Jurassic Park. That fuckers bullshit led to this movie! If I could kill the bastard, I would.

Im guessing the dinosaurs escape Geneti-Sharp headquarters and take to the streets?

They do, and wreak the expected havoc on the ineffective police force outside. Then theres the news helicopter, with the most wooden reporter in the history of television. Howd she get her job? Shes not even pretty. But as she reports the chaos, all with even less enthusiasm than the corporate crowd in the face of the dino-cages, we get the understatement of the year from a man in blue: Its a helluva mess, sir. A helluva mess. Maybe were jaded by the miracle of Twitter, or that weve effectively conquered AIDS, but can we get a little excitement going for the fact that a Tyrannosaurus Rex is running down the interstate? Can someone just mention how fucking out of fucking control crazy it is, instead of acting like these things are just stray dogs? A helluva mess? Its the worst goddamn thing thats ever happened! Goddamn these shitass movies.

Just get to the helicopter leap, man. Im tired and need to get to bed.

Okay, so Ronny has a private helicopter, and hes about to rescue Treats daughter from the rooftop when she screams, I wont leave my dad behind! But Rons in a hurry. She wont go. Fine, where is he? They go back, Treat is found, but Ronny hates life and wants to die. Hes a sinner, and he has to answer to Jesus for what hes done. You two go ahead, but Im dinosaur food. After some choice last words  Rock and Roll  hes devoured. Farewell, Ronny. So Treat jumps aboard, even though it looks like he had no less than a fifty-foot leap. His daughter follows, but she slips from his grasp, only to be plucked mid-air by a Pteranodon. Off she goes! Follow that bird, says Treat, and, no lie, he also shouts, Its headed for the Hollywood sign! I mean, where else would you go if you were an extinct animal suddenly brought to life? 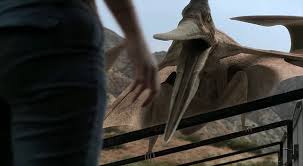 Back to where we started.

Yep. The battle, far from royale, still elicits a chuckle, as its clear Treat Williams has just given the fuck up. Its like hes riddled with cancer and his life insurance will pay double if he goes out at the peak of ridiculousness. Good night, birdy, he quips, his tongue nowhere near his cheek, as he pushes the helicopter off a Hollywood letter as the dinosaur sits trapped inside. Explosion, motherfucker. One dinosaur down, but dozens remain. As father and daughter sit atop the sign, smiling and trading jokes, downtown Los Angeles burns to a crisp in the distance. Others may die, but they live. Its what its all about. The film has decided that we should care about these two people above all, and so we do.

Not really. But before I go, a word about the ten minutes of DTV previews before the main feature. Im especially looking forward to Hold Your Breath, the 3,776th movie to chronicle the weekend, van-accompanied adventures of attractive teens who are butchered one by one, per the mandate of an urban legend. And then theres Apocalypse Earth, which looks like Avatar, except this time, our hunk falls in love with  and fucks a green (not blue) woman. Last, theres 40 Days & Nights, which I thought was a Josh Hartnett movie from years back, but is now just another end of the world scenario. No, independent scene, we havent tired of those.