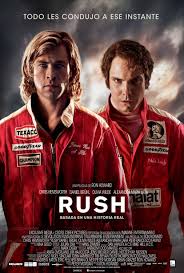 I want to talk to you about missed opportunities. Not those in Ron Howard‘s latest film, Rush (though there are plenty of them in the story). No, I want to talk about the opportunity that  you and everyone you know missed by not seeing Rush in the theater, because HOLY SHIT. If you fall into the “I didn’t see it on the big screen” category, I am sad for you. But don’t be too hard on yourself – hardly anyone in America saw this movie on the big screen. In fact, of all of Howard’s films, Rush ranks just #18 in terms of lifetime gross, having earned a measly $27 million domestically. Yes, that does sound like a lot of money, but when you consider that the estimated budget was $38 million…yikes. Not convinced? Let me blow your mind for a moment: Howard’s biggest box office success ever was – I shit you not – How the Grinch Stole Christmas, which raked in $260 million domestically. So the question is, how does a film that was hyped like crazy (not like Da Vinci Code crazy, but still…) and almost universally adored by critics perform so poorly? 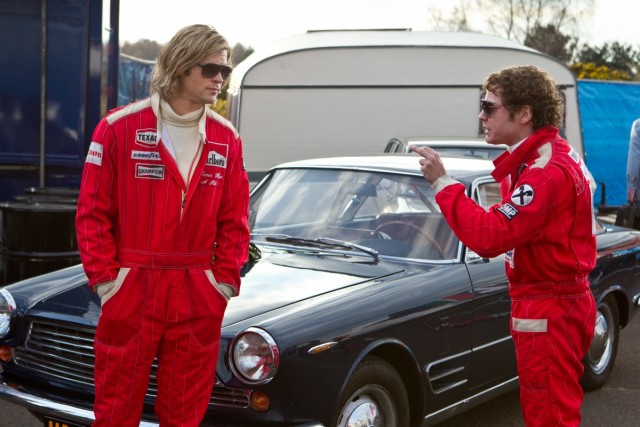 My guess: the subject matter. Rush focuses on Formula 1 Racing’s tumultuous 1976 season and the heated rivalry between two of its biggest stars – British driver James Hunt (Chris Hemsworth) and Austrian Niki Lauda (Daniel Brühl). If you haven’t heard of them, it’s ok; historically, Formula 1 has enjoyed far greater success and popularity internationally than it has here in the States, for a variety of reasons (*cough* NASCAR, *cough* Americans often don’t root for a sport that contains zero Americans). But don’t let the subject matter turn you off. You do not have to be a fan of F1 racing to be absolutely captivated by this film; although, full disclosure, I am a fan of F1, so I was perhaps more excited to see this movie than most people.

The 1976 racing season was in the middle of what has long been thought of as the golden age of F1, and at the heart of it were Hunt and Lauda, who had quickly become two of the most popular and dynamic racers the sport had ever seen. Hunt embodied what many people thought F1 was – a sport for handsome playboys with a lot of free time on their hands to chase fast cars and fast women. Early in Rush, Hunt’s character is summarized brilliantly with a single line: “Men love women, but even more than that, men love cars.” Hunt’s rival, the somewhat cold, totally calculated Lauda was less concerned about parties in Monaco or the celebrity that comes from winning. Rather, Lauda was intensely focused on just one thing: driving. He obsessed over every detail of the car, and found Hunt to be undisciplined and perhaps a bit lazy. Hemsworth and Brühl could not have been more perfect in their roles. The former, charming, competitive, and careless; the latter, unflinchingly dedicated to winning. Listening to Brühl rattle off car specs is like listening to an Austrian robot of the non-Terminator variety.

As you might expect, there is quite a rotation of women throughout the movie, but the lead female characters are Suzy Miller (Olivia Wilde, who can do no wrong) and Marlene Lauda (Alexandra Maria Lara). If I’m being honest, neither woman had a truly meaty role to play, which I suppose makes sense in that the story is quite specifically about the relationship between Hunt and Lauda; women were merely perched on the periphery in life and in racing. Wilde is perhaps a bit underused, but given Hunt and Miller’s real-life disaster of a marriage, it’s perhaps not surprising that Wilde flits in and out of the film. 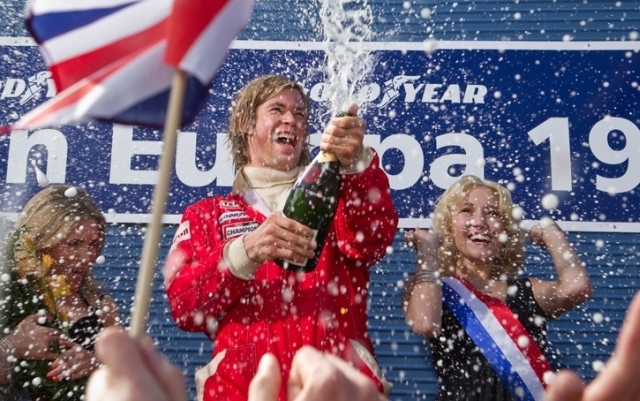 But let’s get down to business. The really tremendous thing about Rush is, as you might have come to expect from Howard’s films, the cinematography. Brilliantly shot by Anthony Dod Mantle (The Last King of Scotland, 127 Hours, and Slumdog Millionaire, for which he received the Academy Award), Rush puts you quite literally in the driver’s seat of the F1 cars in ways that make Days of Thunder look like the goofy, low-brow movie that it really was. I don’t want to belabor the point here, but thank goodness I was able to see this in the theater. And again, I’m sorry that you (most likely) did not.

There’s more to Rush than just tightly choreographed stunts and roaring engines, however. If you’re at all familiar with Howard’s films, you’ll be pleased to know that there is enough personal drama to make you care about the characters (such as Hunt’s substance abuse issues and the accident that nearly killed Lauda), though this film is perhaps less emotional than, say, A Beautiful Mind, Backdraft, or Howard’s first attempt at a sports film, Cinderella Man. But like Cinderella Man, Rush deals with very real human struggles and shortcomings, albeit with a more noticeable edge. There is no one singular character for whom to cheer, and you might not particularly like either man, but if you don’t know the story of that fateful 1976 F1 season, you’ll be on edge as the film progresses towards the race for the championship. 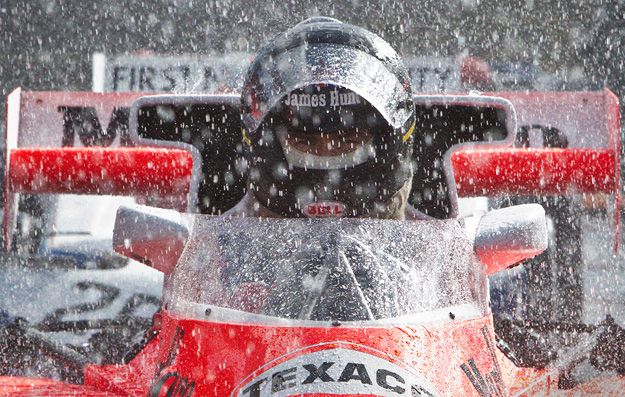 Rush is slated to be released on DVD this winter, though no official date has been announced. And although you’re just now getting to know me and may not trust my opinion yet, you have to at least trust me when I tell you to SEE THIS MOVIE. Not a fan of racing films? See this movie anyway. Don’t like sports movies? See this movie, and also, what the hell is wrong with you? Sports films are great, and Rush certainly belongs high on the list of all-time great sports films. Rent this movie when it comes out on DVD. Just make sure you watch it on the biggest TV you can find, and crank the volume. Trust me.