AUGUST 2004 COCKSUCKER OF THE MONTH

COCKSUCKER OF THE MONTH 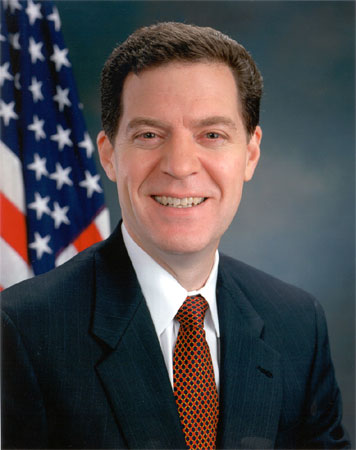 The Cocksucker of the Month for August can only be Kansas’ Senator Sam Brownback. When I was growing up in the 80s, I found it pretty straight foreword in terms of which crazy Republicans were out to cause the most trouble. Essentially it was Jesse Helms, from North Carolina. Sure, you had Strom “Axe Handle” Thurman and some rumblings from an upstart named Tom Delay, but really, Helms was the evil troll of the Legislature. He hated the blacks, I’m sure he didn’t care much for Jews, he hated art, He hated liberalism, he was xenophobic to the extreme (and the head of the Senate Foreign Relations Committee!); if it wasn’t back-ass-wards southern culture, Jesse hated it. The man was an ogre and a brute in every sense of the word, he tried to take away my rights, etc. But compared to Brownback, “Senator No.” looks like a wise, elder statesman. I mean before being replaced by Elizabeth Dole in 2002, Helms famously made friends with Madeleine Albright (liberal, foreigner, Jew) and Bono (dipshit, Irishman, lib, rumored to be circumcised).

Sam Brownback however, is not going to make any friends. Besides looking like a used car dealer, the guy is a fucking maniac. An out of control example of what exactly is killing America. He is a double-talking cancer. When he isn’t lying his ass off he is pushing a conservative agenda so extreme that Jesse Helms would have balked. Brownback is just a flat-out cocksucker, no two ways about it. Here’s a little speech from Senator Cockchugger gave to the Israeli Knesset on July 22, 2004;

“I thank you for bringing the message of G-D to a world that did not know Him, and for continuing to carry that message in the face of thousands of years of persecution, suffering and death. As a Christian, I thank you for my faith that is rooted in yours. And as a Christian, I deeply, deeply apologize for the pain and bloodshed and deafness to suffering that we have hoisted upon you and your ancestors. May this never, ever happen again!”

Wow, that’s really great, huh? I mean, as a Jew, I like hearing that shit. It really does sound good. No more pogroms? Sign me up! However, a little more research reveals what a deeply devious bastard this son-of-bitch Brownback is. To quote from Thomas Frank’s fascinating What’s the Matter with Kansas (page 190);

“Consider the enlightened Sam Brownback. He may be against slavery–and what a bold stand that is 140 years after the Civil War!–but when faced with a tough challenge in 1996 from Democrat Jill Docking of Wichita, his campaign inundated the state with TV commercials that sought to tarnish her by pointing out that she was raised in the now-hated state of Massachusetts and that before she was married her name wasn’t Docking at all (the Dockings are a famous Kansas family) but Sadowsky. Get it? As though to drive this point home, voters across the state received mysterious phone calls in the week before Election Day reminding them that ‘Docking is a Jew.'”

So, fuck-face Brownback, who got up in front of the Israeli Knesset and apologized for all the “pain and bloodshed and deafness to suffering” actually fucking helped perpetuate it!!! Cocksucker! Also, my fellow Jews, don’t be fooled; Brownback and all these other far-right Christian whack jobs don’t give two squirts of piss about you. They only support Israel because they think the following, “two thirds of the children of Israel in the land will perish, but the one third that are left will be refined and be awaiting the deliverance of God at the second coming of Christ.” Please understand this, they only support Israel because they think that two thirds of all Jewish Israelis will be killed upon Jesus’ arrival, and the remaining one third will become born again Christians.

Brownback is not even a Christian, in the traditional born-again sense. He’s a member of the Catholic and far, far, far rightwing group Opus Dei, an ultra-secretive organization that supported Franco in Spain. Furthermore, “Family Values” Brownback, who once called for a Senate investigation in America’s “cultural decline,” when in Washington, lives in a house populated only with other men. Not his wife, not his children, but other men. Now, he’s never going to explain this to you, cause he’s a cocksucker, but it’s true. Brownback lives in the most frightening of all places, Ivanwald, which besides sounding like a concentration camp, is the home of “the Family,” the spookiest group going in America today. Shrouded in near total secrecy, the Family’s only public function is to put on the National Prayer Breakfast, and event that so violates the First Amendment, I don’t even know how to think about it. Dozens of members from both of our nations Houses called Ivanwald home, including Senator Brownback. For the skinny on how fucked up this group is, read Jeffrey Sharlet’s awesome article. And the fact that Sam “I love you Israel” Brownback is a member of a group that “studies the leadership secrets of Hitler” to presumabably oneday do a the same kind of thing to this country (a secret Bavarian-beer hall style revolution or some such shit) is further proof that the man is a giant cocksucker.

Worst of all though, at least to me because of my love for this here website, is the “Indecncy Bill” that Brownback co-authored and got passed. In the wake of Nipplegate the Moronic FCC and the uqually insipid Senate voted 99-1 to pass a bill that increased the fines levied against broadcasters from $27,500 to $275,500, which aside from being the odd figure of 10.019 times higher, is nothing but more restriction on freedom of speech. What the fuck is “indecent?” Brownback, you cock-swallower, to me, it is indecent when an elected official mentions God. That really, really fucking offends me. Symbols don’t offend me; what is being signified does. When a politician “says God bless America” not only is the wall between church and state getting that much smaller, but I find it disgusting, ignorant and sad. Furthermore, intimidating people–from a broadcast entity to an individual broadcaster–by imposing fines so out of proportion to the crime is censorship, plain and simple. And you know this Brownback; this is what you want! Seriously dude, what part of the following don’t you get?

Congress shall make no law respecting an establishment of religion, or prohibiting the free exercise thereof; or abridging the freedom of speech, or of the press; or the right of the people peaceably to assemble, and to petition the government for a redress of grievances.

How is imposing insane fines upon people for talking not “abridging the freedom of speech,” you asshole? People of Kansas, I beg you, throw this cocksucker out in the street.