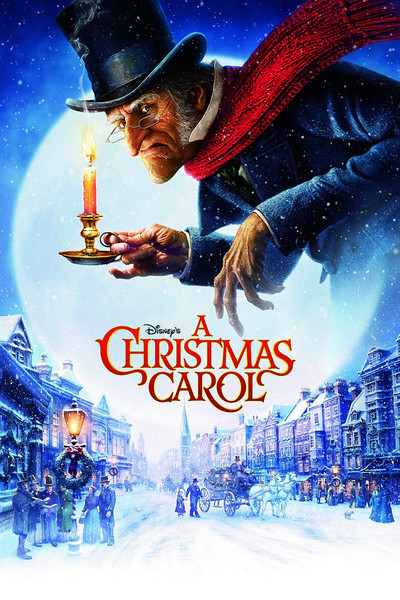 I usually don’t care for animation very much,no matter how compelling, but I watched this movie when it first came out and thought it was pretty good. Upon re-watching, Ive changed my mind The movie is not only good, it is mind-blowingly fantastic.

This version of the Dickens classic is directed by Robert Zemeckis, the same director that gave us The Polar Express, a creepy wreck of a Christmas movie starring Tom Hanks. Fortunately, Zemeckis got it right this time with this 3-D masterpiece. This version is vying for position as my personal favorite for this beloved Christmas classic.

This movie was not universally heralded by the critics, especially among some amateur viewers and critics. There was a lot of bitching and moaning about the movie being too scary for young children as well as complaints about the film being too dark and dreary. Guess what? Just because the film has Disney on the cover does not mean that the Director cannot exploit the story to the fullest, and that is what was done, and how! This is not a kiddie movie, and appropriately so. So just send the kiddies to their rooms and enjoy this adult film version of an adult Christmas story. Also there is Jim Carrey, who seems to attract bad reviews no matter how brilliant his performance, and he was brilliant here.

The animation throughout was crisp and superb and Jim Carrey deserved an Oscar for his performance, playing several roles. Carrey nailed the character of scrooge so vividly that the viewer has no trouble believing that he is in the midst of the story. There was no Grinch letdown and improv here, he was magnificent in his character.

The visit from the long dead Marley was absolutely terrifying and damn near perfectly done, setting the tone for the nightmares that followed. Again, the animation was so good and realistic that the viewer becomes absorbed by its realism. Only in the horse and carriage chase scene was the animation conspicuous, a scene that I think could have been omitted, but this was only a tiny flaw in what was an almost perfect movie.

There were so many memorable scenes that it would be impractical to list them all, as Scrooges nocturnal nightmare takes him on a whirlwind tour of the old English landscapes. All of the Christmas ghosts were terrifying and exquisitely creepy in their own way, but Christmas Presents meltdown and demise was truly spectacular. In a nightmarish scene of long dark shadows, flickering light and enormous, relentless clocks, the time of the Christmas Present Ghost is coming to a hellish end. He ages and withers before our very eyes and reveals the two hellspawn beneath his robe in the process, a shocking culmination to the whirling and surreal revery for Scrooge.

Again, I cannot recommend this version enough if you are a fan of the Dickens classic, dazzling animation, or just spectacular movie-making in general. Why this masterpiece did not get universal acclaim from the critics is still puzzling to me. I know there is built-in animosity towards anything Carrey does, especially after the Grinch debacle. There is also the Disney factor. Kudos to Disney for not sanitizing and scrubbing this movie for the kiddies, they made it bleak and terrifying, just as it should have been. Please dont be distracted by the humbuggers and give this marvelous rendition of A Christmas Carol a watch. Youll thank me, each and every one I say.